We are all fascinated by the seas and the secrets that these large bodies of water hold. Although the vast oceans interest us, we also can’t help but fear it. Do you have Thalassophobia? These images might confirm it.

Thalassophobia is the intense fear of the sea as well as sea travel. It also includes the fear of being in large bodies of water, of the sea’s vast emptiness, of the sea waves, and even of being far away from land. People also describe it as the intense feeling that there is something lurking in the depths, waiting for the right time to strike. Are you ready to test yourself? Hold your breath and take a dive into these unnerving photos. 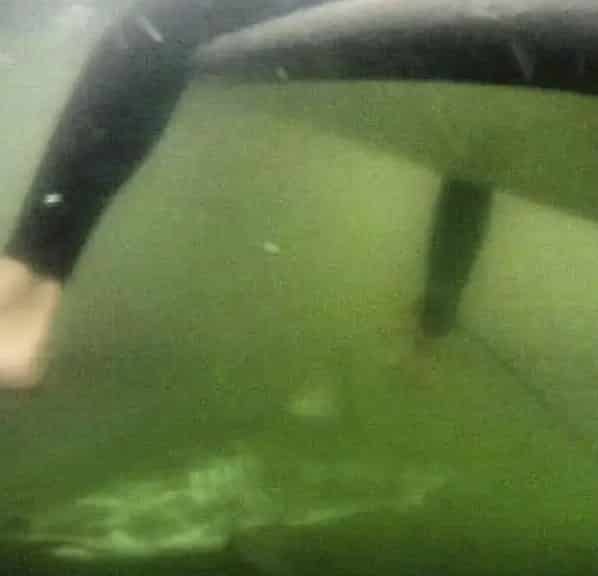 Here’s something that could happen in real life.

A whole new meaning to living life on the edge. Who can guess where this photo was taken? Update: You guessed it, check the location tag for the answer! Credits: @adamfreediver. Tag: #thegreatplanet 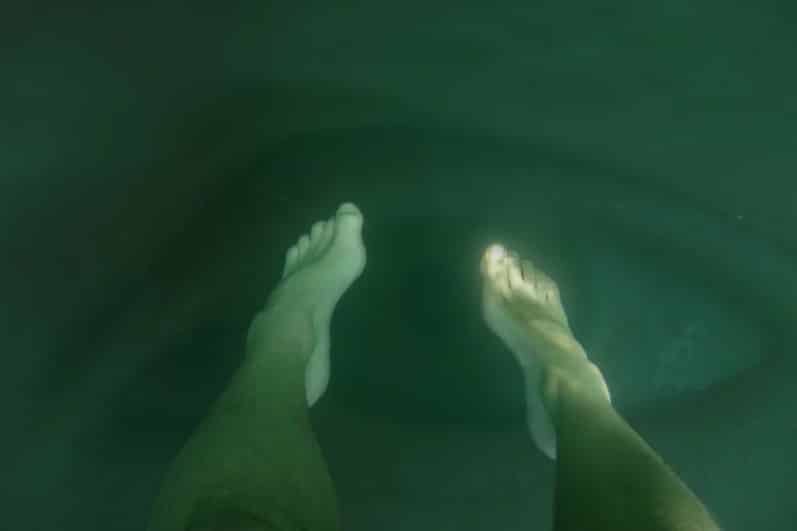 Is it an eye? Of course, it’s an eye! It’s photoshopped, but still unnerving.

#4. That Irrational Fear About Sharks In A Pool. 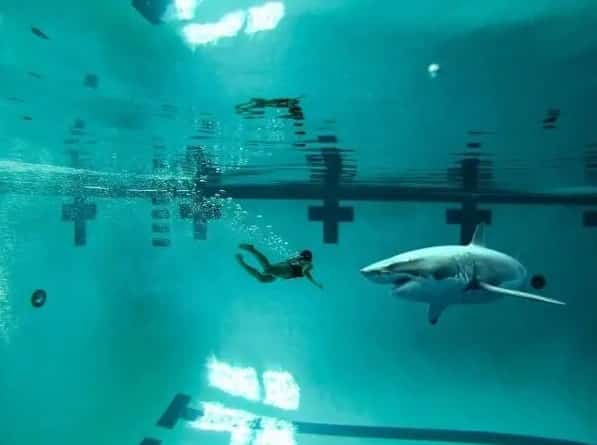 When your nightmares actually come true. 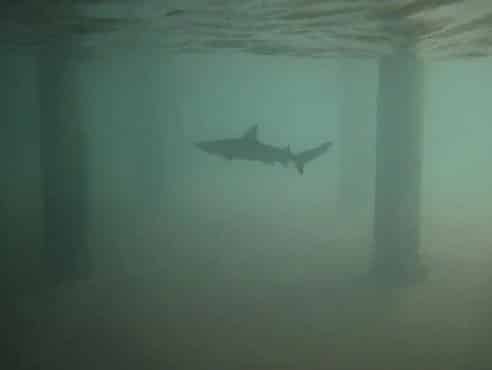 It looks like it’s minding its own business, right? 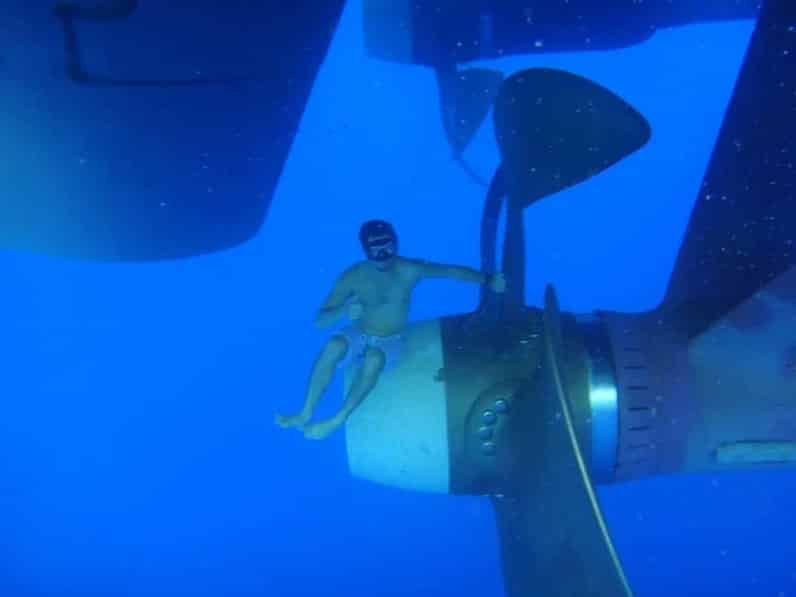 Also, probably not a good idea. 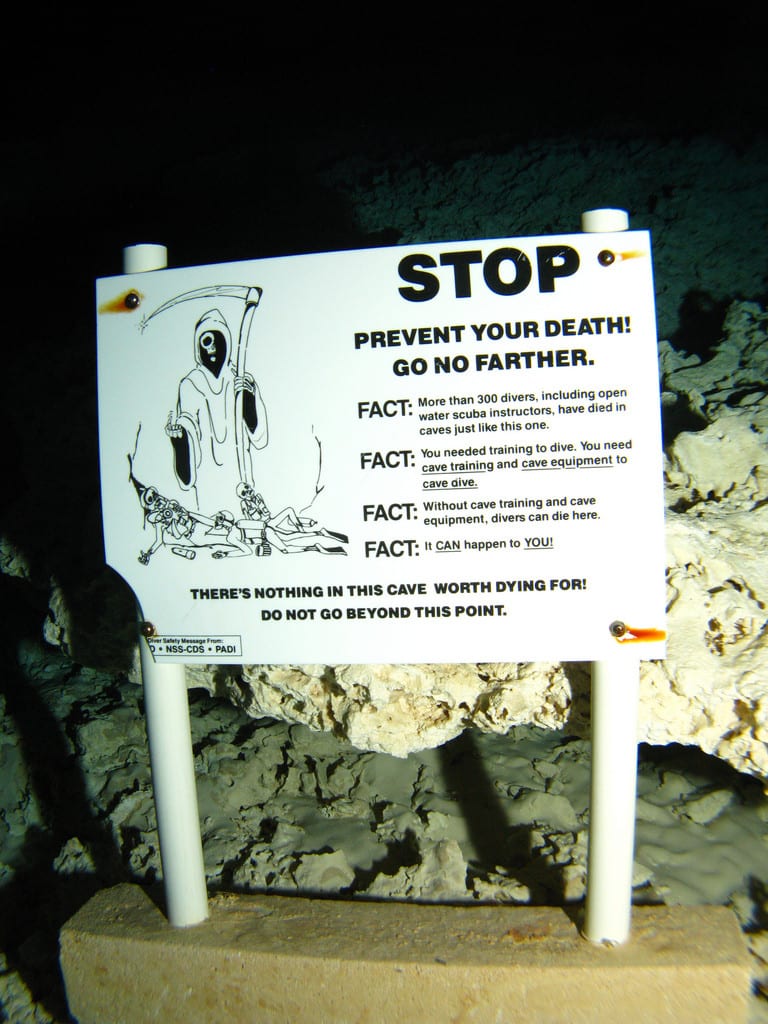 Why did they put a sign all the way down there in the first place? 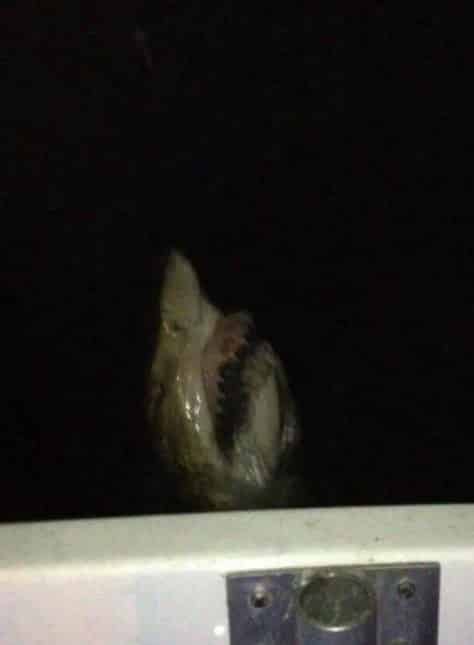 The shark just wanted to say hello to these nighttime boaters. 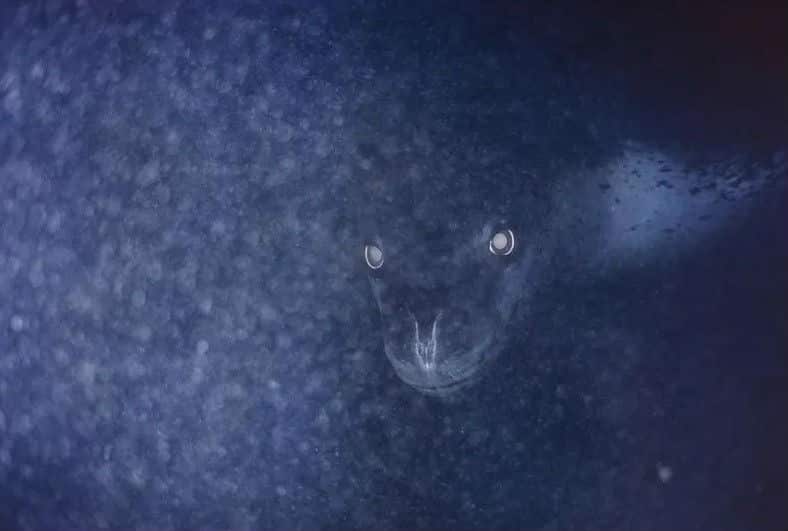 It’s just a seal but it doesn’t look very happy to see you. 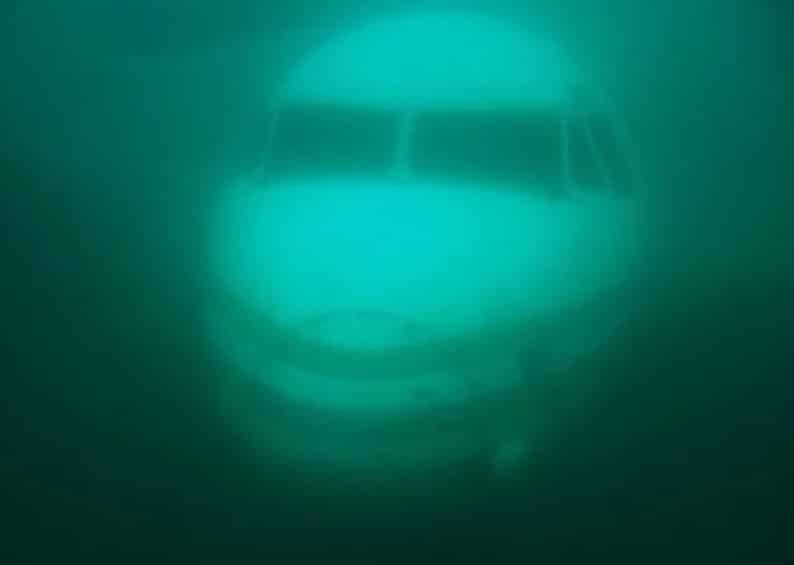 In addition to several shipwrecks, there are a lot of planes hiding at the bottom of the ocean.

#11. It’s Not Just The Big Critters That You Have To Worry About.

#12. Just Beneath The Surface. 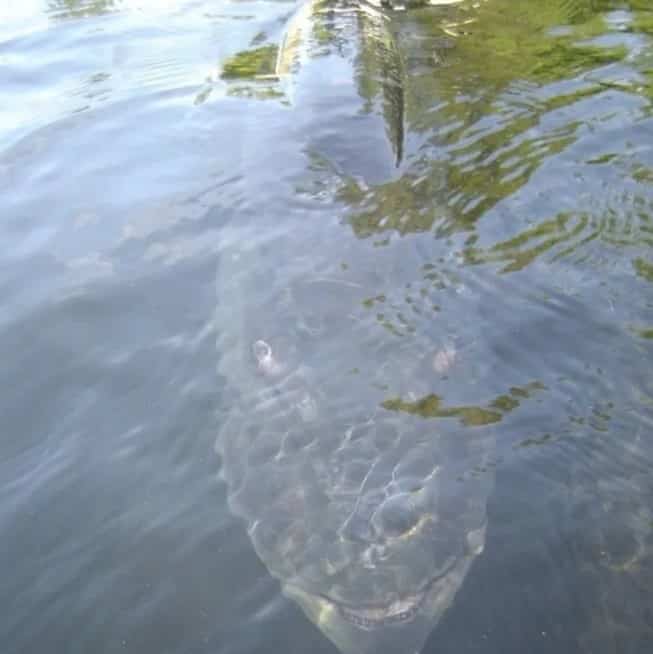 The look in that fish’s eye is terrifying. 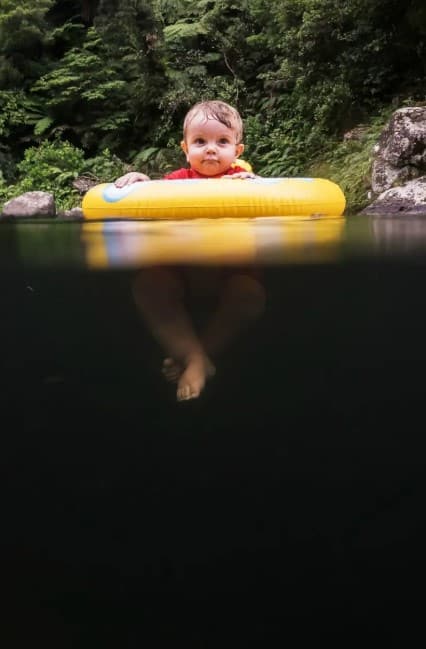 There’s probably nothing under that baby’s feet but we’re not taking any chances.

"Thalassophobia" – The fear of deep #water

(Kristin): Yesterday was the final day of the #VB2018 freediving competition and I am glad to have finished it with a new PB and super fun dive to 65m with Bi-fins. It was actually the most comfortable and easiest bi fins dive I have ever done yet and also my most favorite dive of the competition as well. I’m excited to be heading back home to Kona today, but I will definitely be missing the blue hole and all of the amazing people that have been here this competition as well. 📷 Daniel Koval 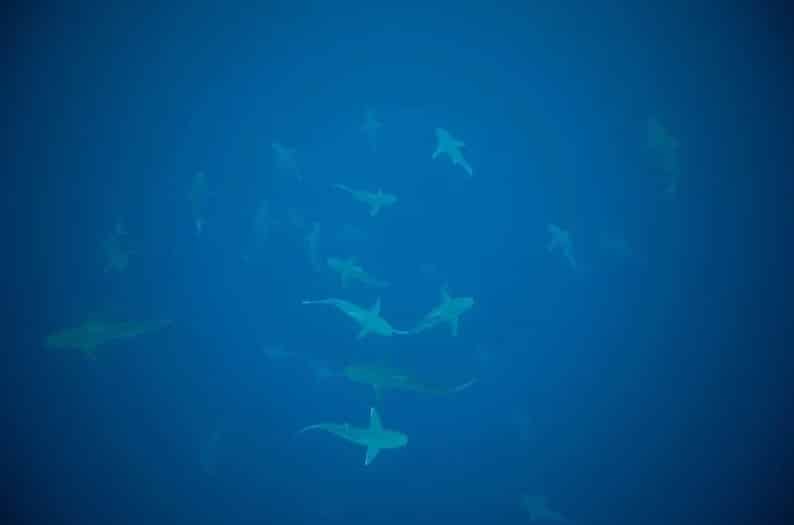 Not sticking around to find out, anyway.

#17. You’re Not The Only One Catching Catfish. 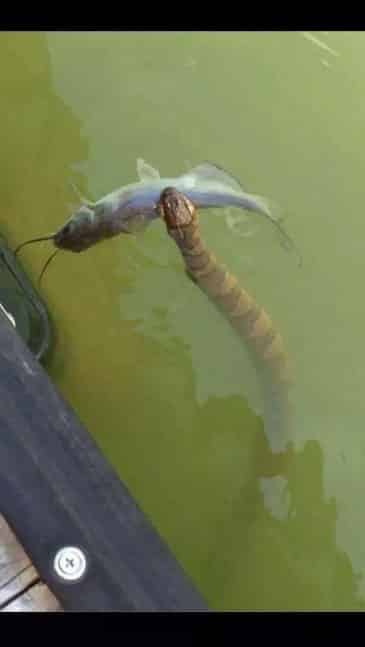 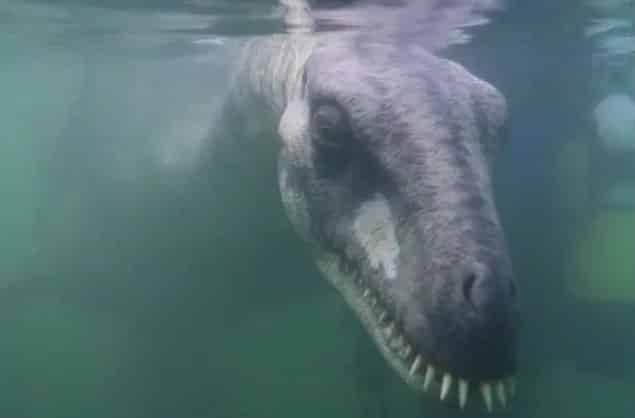 The Loch Ness monster finally smiles for the camera. 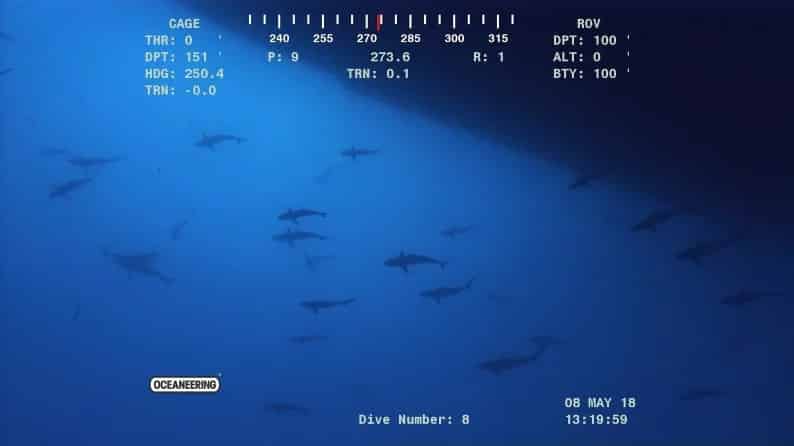 #20. Just One Shark, But Still Scarier Than A Group Of Sharks. 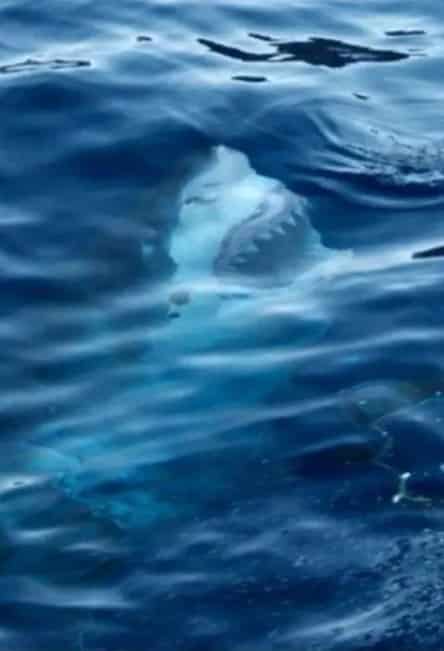 Must be all the teeth.

#21. This Is Breathtaking And Terrifying At The Same Time.

Repost from @sea_legacy Photo by @lucianocandisani ( Luciano Candisani ). I've just taken this photograph in Tonga, where I am on assignment for @onelapsebr. It shows one of the numerous local boats dedicated to whale watching, a modality of environmentally sustainable tourism that generates an positive economic impact of more than 20 billion dollars in 120 countries, including those few countries still practicing comercial whaling. This is the case of Iceland, that has an important whale watching industry but also slaughtered 100 endangered fin whales this year alone. We need your help to stop the Icelandic fin whale hunt. Over 60,000 people have joined us in this fight. Let's make it 100,000. Ask three friends to sign with you – your support goes so much further than you might know. On September 11th, we're bringing our petition to the International Whaling Commission meetings in Brazil. Click the link in our bio and add your signature to end this unnecessary hunt. #StopTheHunt. #StopIcelandWhaling 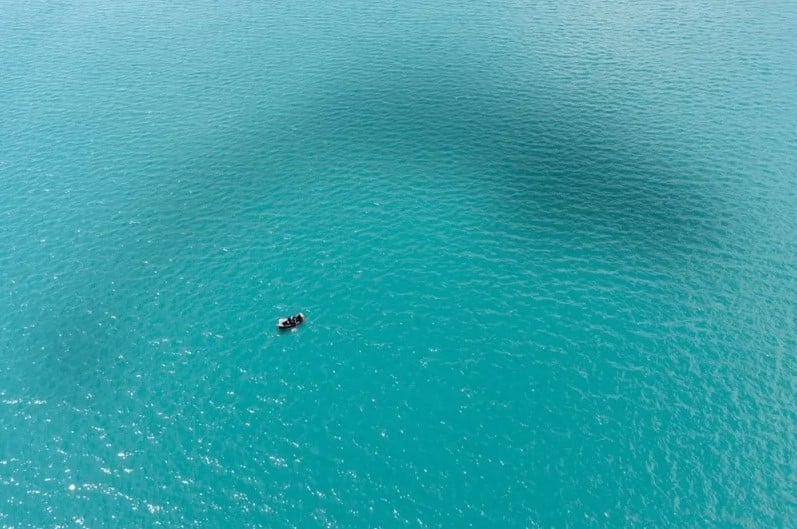 Just a reminder of how tiny you truly are.

Still picking away at the airstream renovation project, so in the meantime here is a summer swimming hole throwback

#24. Sharks Aren’t The Only Scary Creatures In The Ocean. 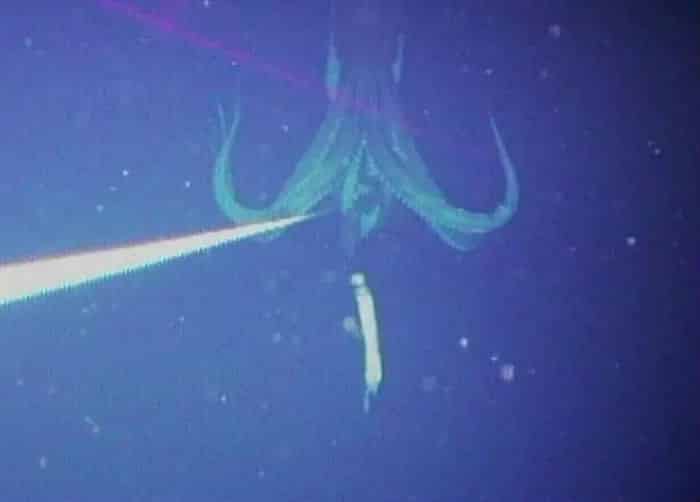 Sometimes gigantic squids can be terrifying, too. 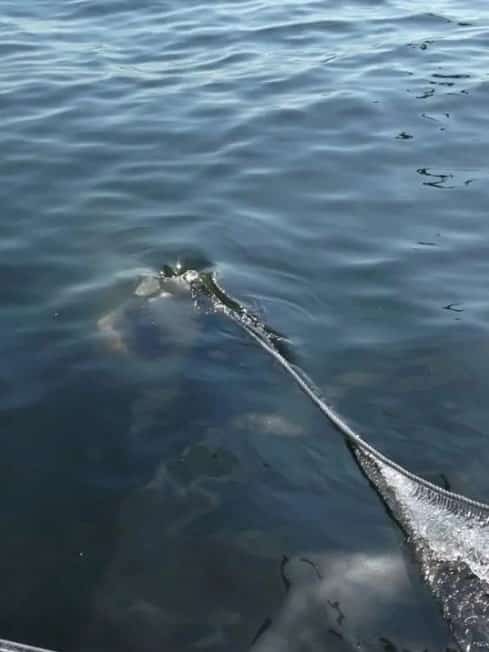