The design for pants gets more and more ridiculous every year. There’s the see-through jeans design sold at Britain’s Topshop and the chicken leg pants that had everyone raising their eyebrows last year. But the weird designs didn’t stop there because a new one has joined the list of bizarre fashion trends – the “buttless jeans.”

The jeans are cut off between the crotch and legs… 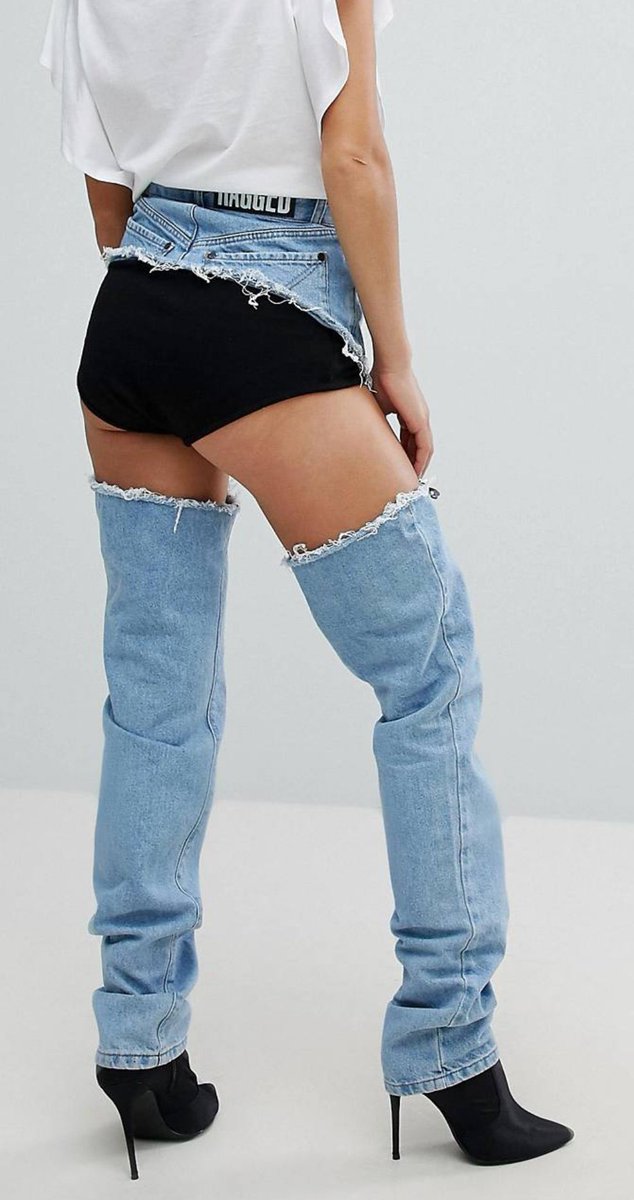 They are joined together by two metal chains. 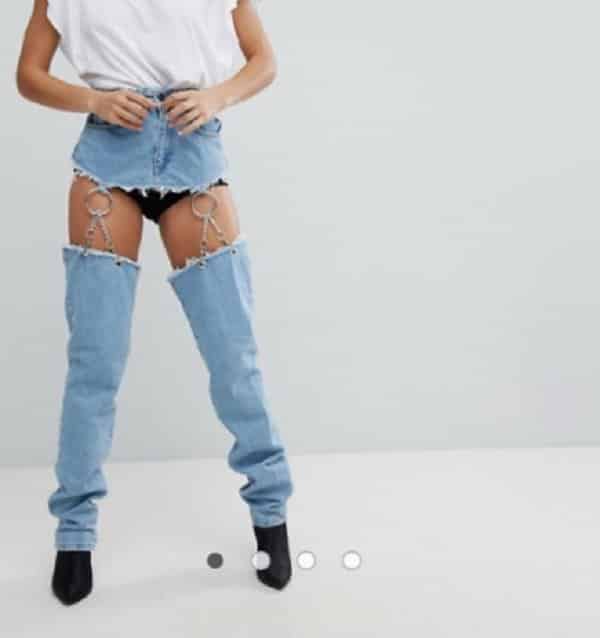 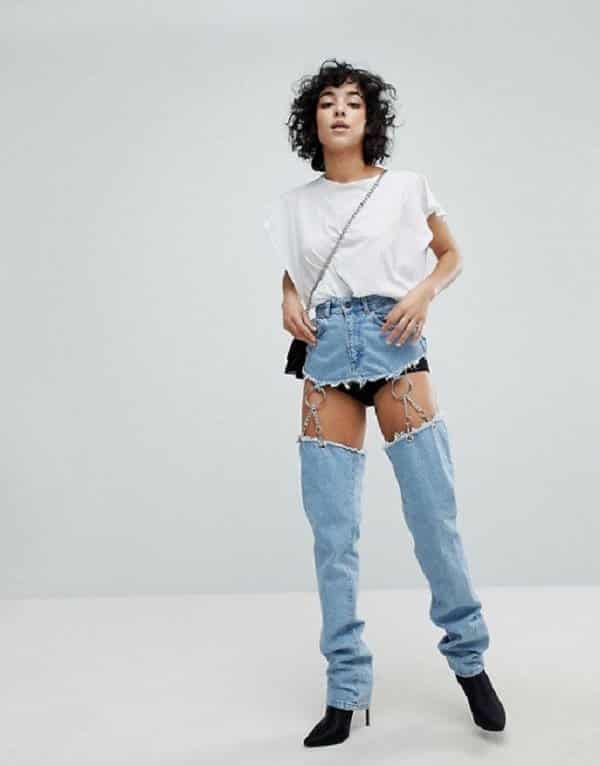 As expected, people weren’t quite amused or pleased that they had to grill ASOS on Twitter for their online offering, which cost $125. A lot of people tweeted a photo of the design and expressed their disgust over the “buttless jeans.” Some even called out to The Ragged Priest, telling them to stop producing distasteful designs.

And it’s not the first time from The Ragged Priest. Here’s a previous design. 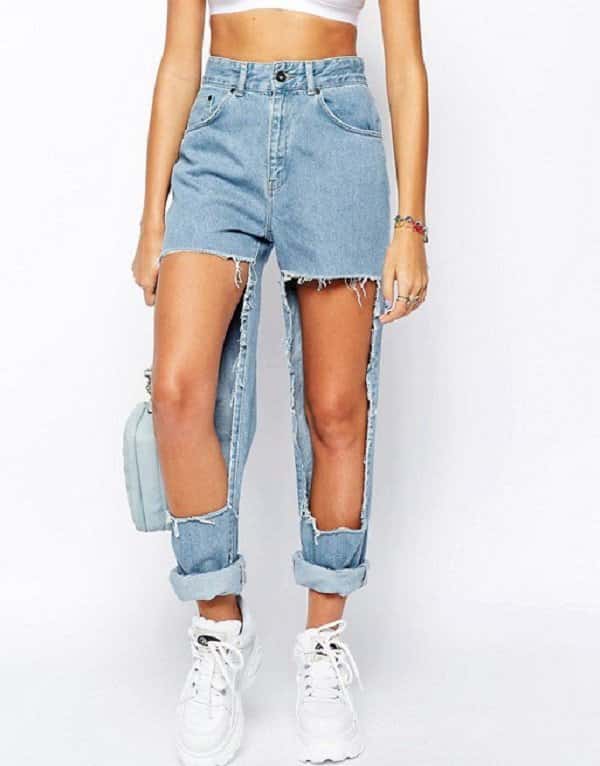 What was The Ragged Priest thinking?

She just can’t believe The Ragged Priest came up with such an outrageous idea.

Except for this model, maybe, who was sent out to test the pants. 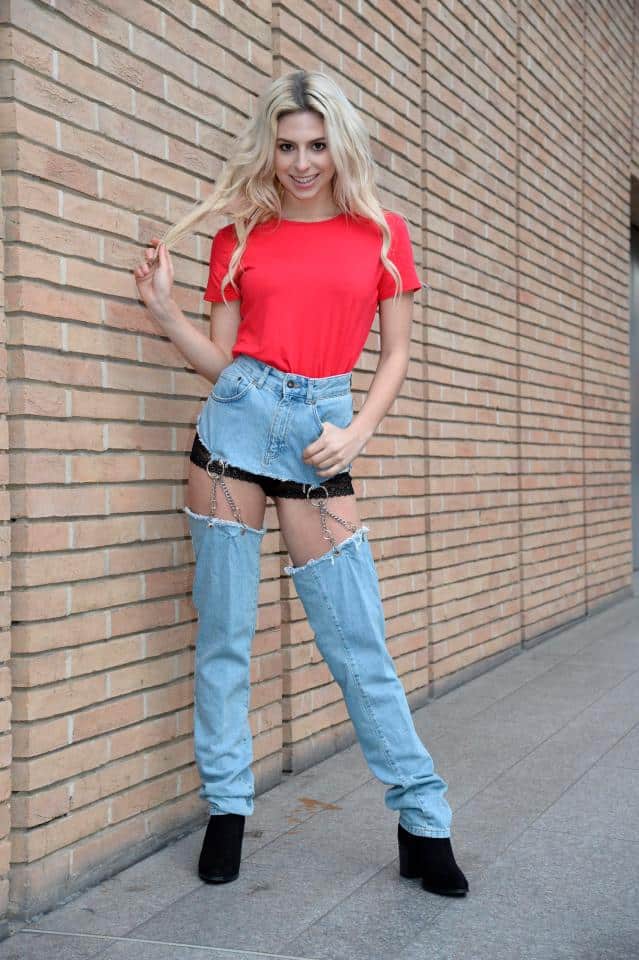 The Sun went as far as letting model Annabel strut her way out in the public with the crotchless jeans. The 23-year-old told the news outlet that she can actually feel everyone staring at her.

This model was brave enough to put the buttless jeans to test. 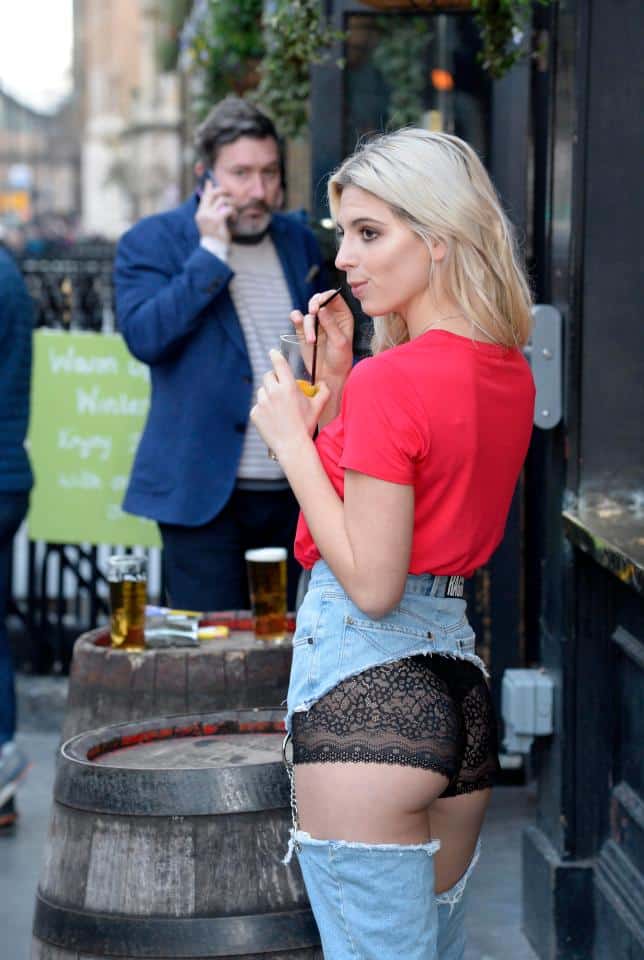 As expected, people turned their heads. 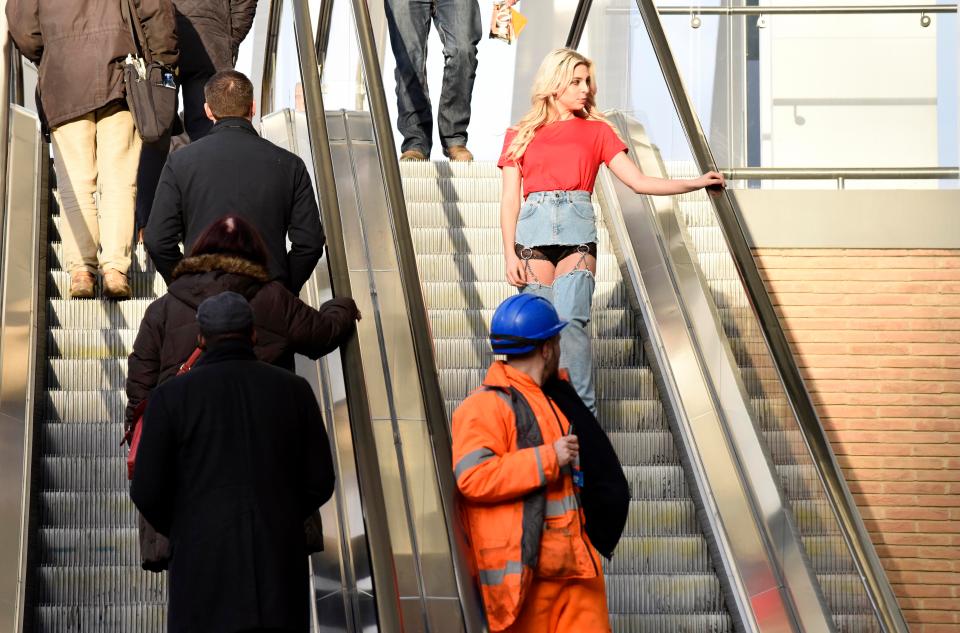 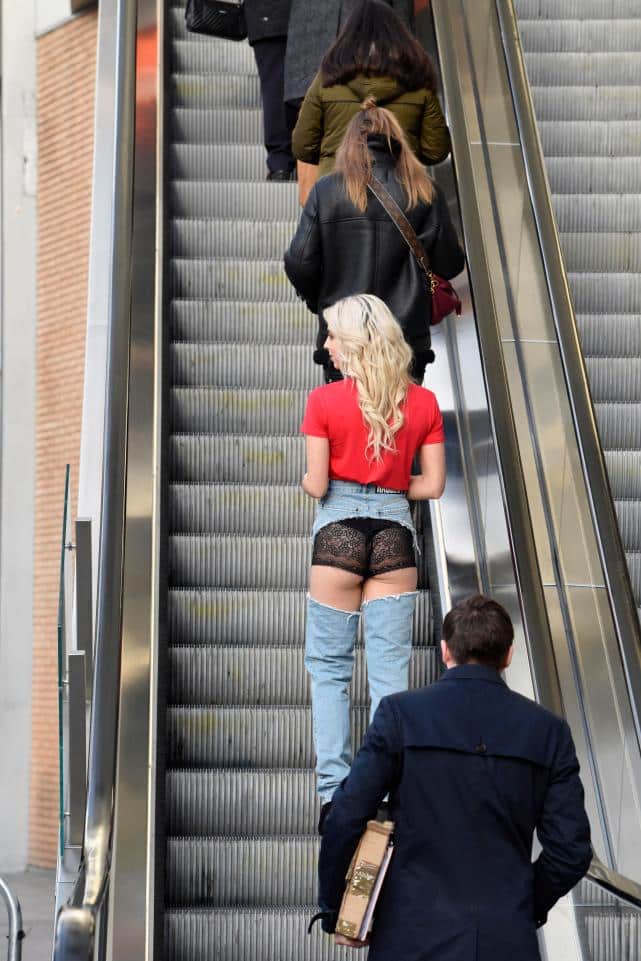 Of course, she shouldn’t miss a selfie! 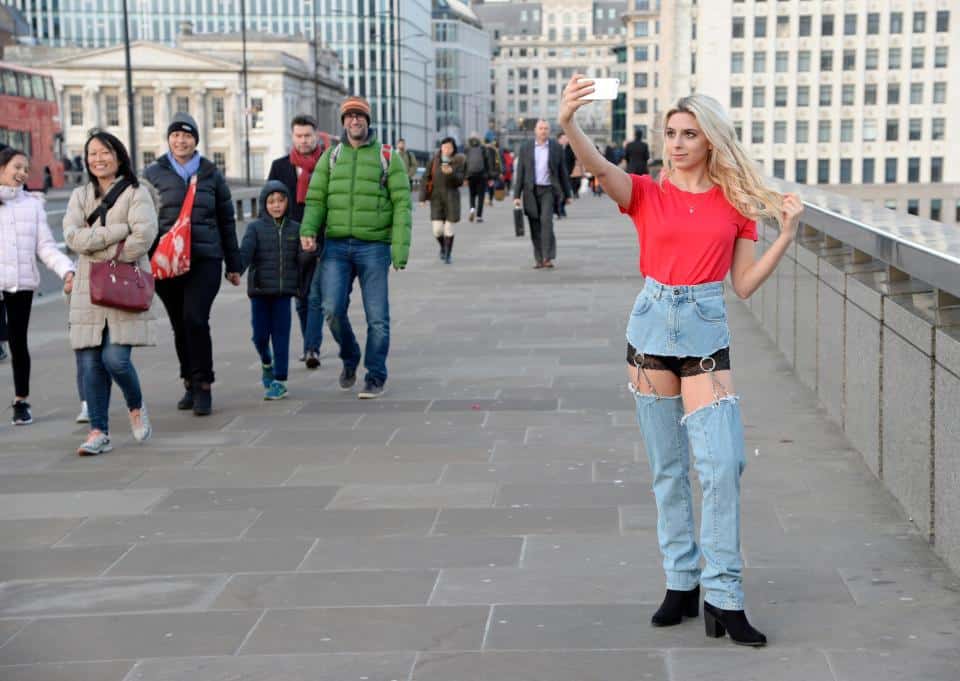 She's a sight for the tourists. 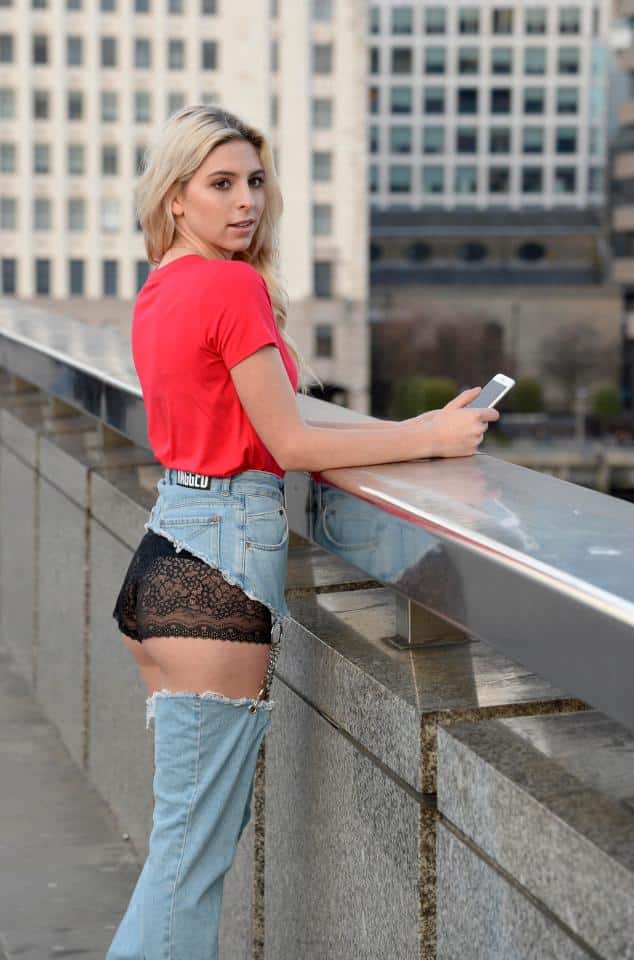 It may not be the kind of pants she'd dig… 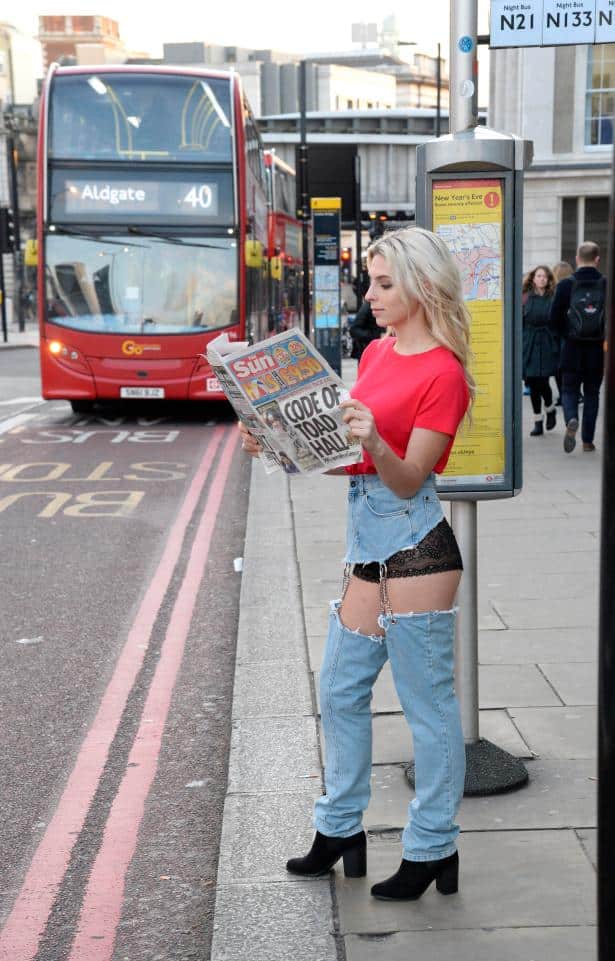 But Annabel admits that it's the kind of jeans she would wear on a night-out and in summer. 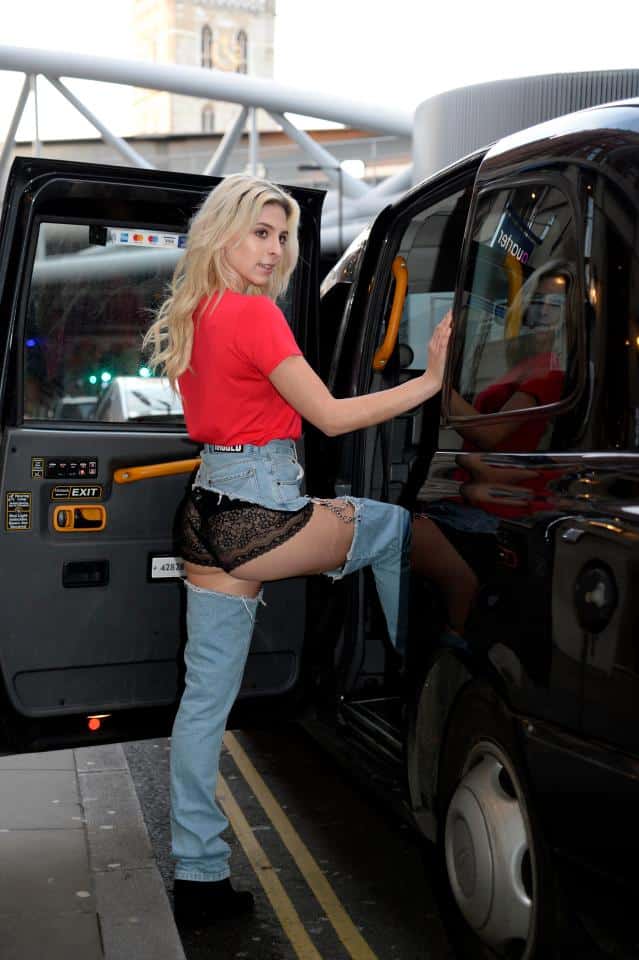 Some reports have labeled the buttless jeans to be “experimental.” Maybe it really was because the item can no longer be found on ASOS. It remains to be seen if the online shop plans to offer it again in the future.

What do you think of these pants? Would you be bold enough to wear them?