We have unique ways of showing how much we love the people who matter most in our lives. To say that love knows no boundaries is an understatement to some people who have such great affection towards others. Take this young dad for example. He wanted to express how much he loves his son, and for him, the best way to do this is by having a tattoo of his baby – on his face. Yes, you read it right.

Young father, Christien Sechrist, 20, got himself a life-size tattoo of his son, Perseus’ face. It literally covered the entire left side of Christien’s face. He posted it on Facebook, with the caption,

“Thanks Cody Gibbs for doing awesome work on me! Looks just like my son.“

Young father had his son’s face tattooed on his face! 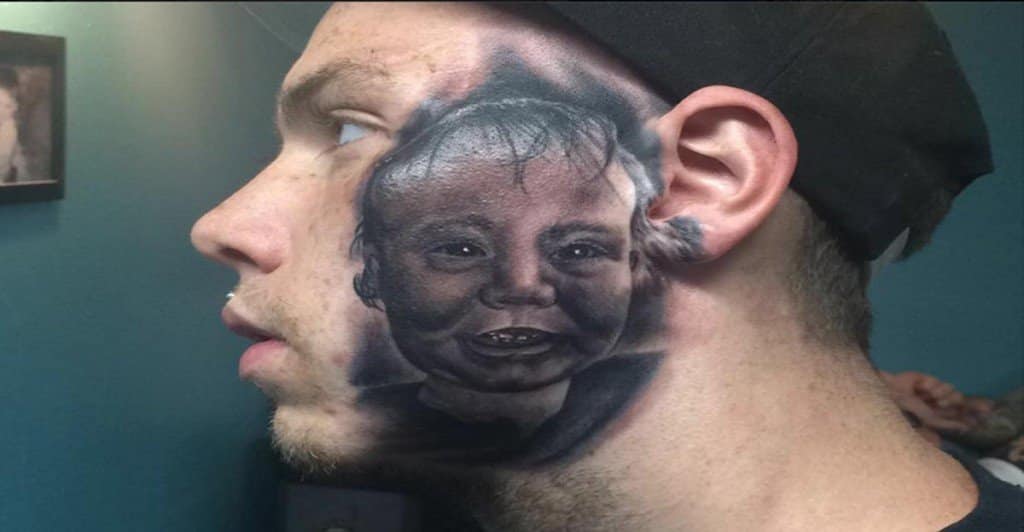 However, Christien drew attention that he did not quite expect. Most of the comments were negative; one even said,

“Why on your f**king face?! How are you ever going to get a real f**king job to support your son with a tattoo on your face?“ 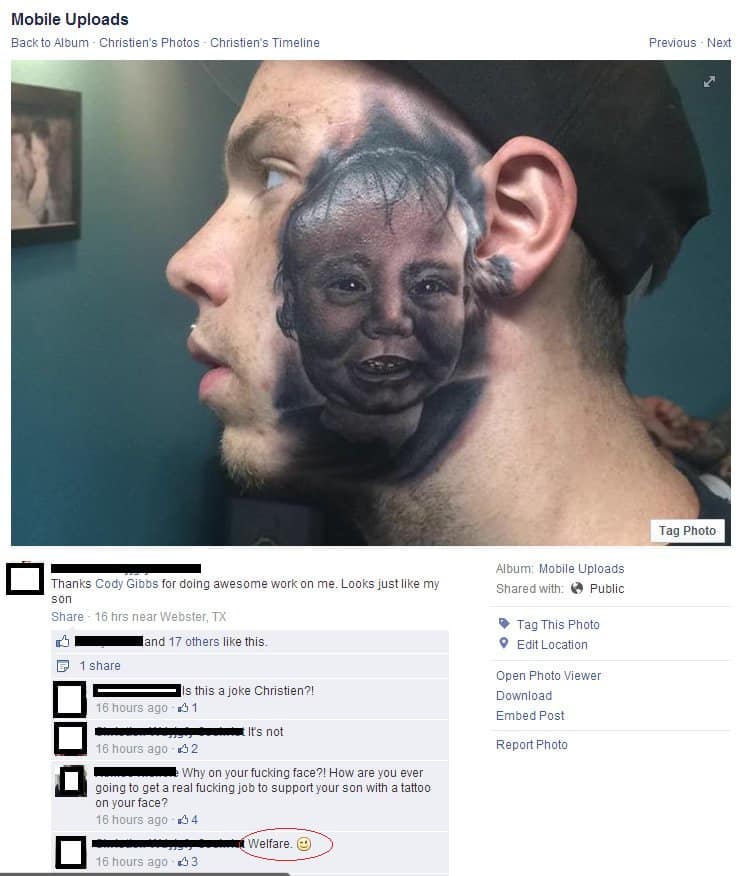 Awkwardly, he has to explain to his future kids why not all of them could be tattooed on their father’s face. On the other side of his face, Christien has a colored rose and skull tattoo, in vividly bright color.