Bears, by and large, are wild animals. Most bears are known to be dangerous, especially just after waking up hungry after hibernation, or when protecting their young.

In some instances, however, bears can surprise everyone with their almost human responses. One bear in particular nearly shocked a visitor to the Olympic game farm in Washington by doing something really unexpected.

A woman riding a car on a sightseeing trip to the game farm stopped by a huge grizzly from behind a wire fence. With the camera running, she cheerfully waved at the furry ursine sitting on the other side of the enclosure.

Even if it looked really grumpy. 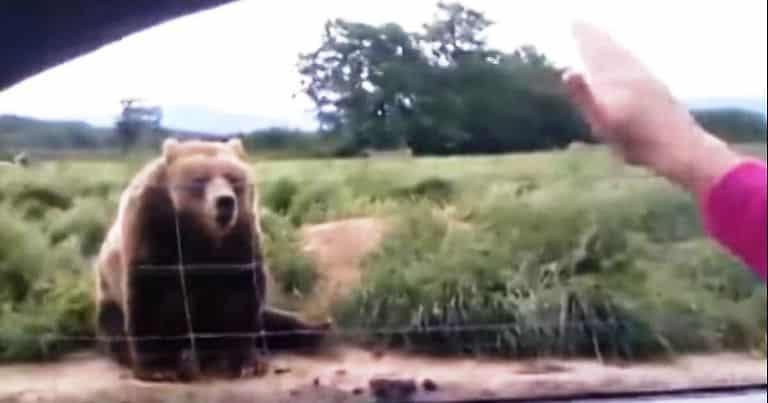 To her surprise, the bear responded with a very human gesture.

It waved back at her!

Not only did it wave back, but it semi-lifted itself on its hind legs to give a more enthusiastic fluttering of its forepaws. It almost seemed as if the wave was a gesture it gave visitors on a regular basis.

Unsurprisingly, given bears are curious, social animals who take great pleasure in observing their surroundings, the wave may not have been accidental at all.

While they can be moody, and are often aggressive, prolonged exposure to humans may cause them to mimic certain human behavior. 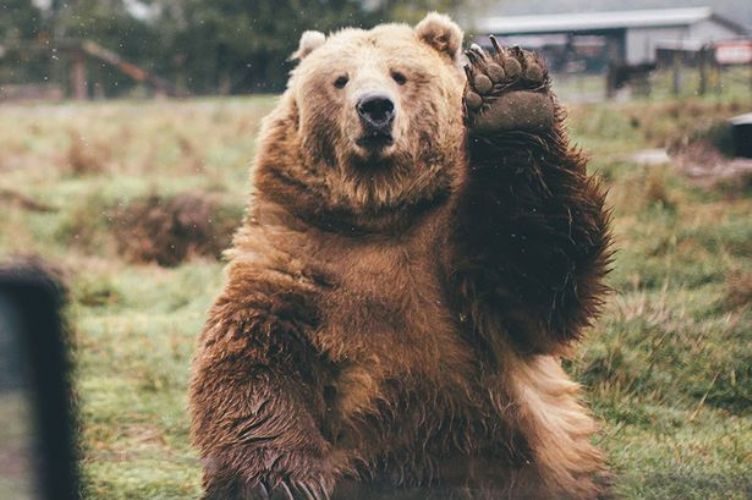 The Olympic game farm sees its share of frequent visitors, and this particular bear, from its position just behind the barrier, may have seen more than its share of waves from tourists.

So it may have decided waving back as the appropriate response to a human.

However, despite bears acting curiously human at times, the BearSmart website warns their actions shouldn’t be misinterpreted as cute, “getting-to-know-you” gestures. These animals are wild and can be ferocious, and people should exercise caution when there are bears around.

That being so, a waving bear still makes for a heartening encounter to cheer anyone up on a dreary day.