According to a quote from Oscar Wilde, “Sarcasm is the lowest form of wit, but the highest form of intelligence.” Though no one would appreciate a sarcastic comeback, we often find it hilarious especially if it is not directed to us.

That’s the ultimate reason why the world is now raving about Wendy’s Twitter account. Apparently, whoever is the person behind the account is oozing with sarcasm and witty remarks thrown at other users just looking to troll them.

It all started with one troll questioning the ‘freshness’ of their beef burger. Wendy’s completely owned the Twitter user even causing him to deactivate his account.

There is always that one internet troll who is always looking up to humiliate people on social media. 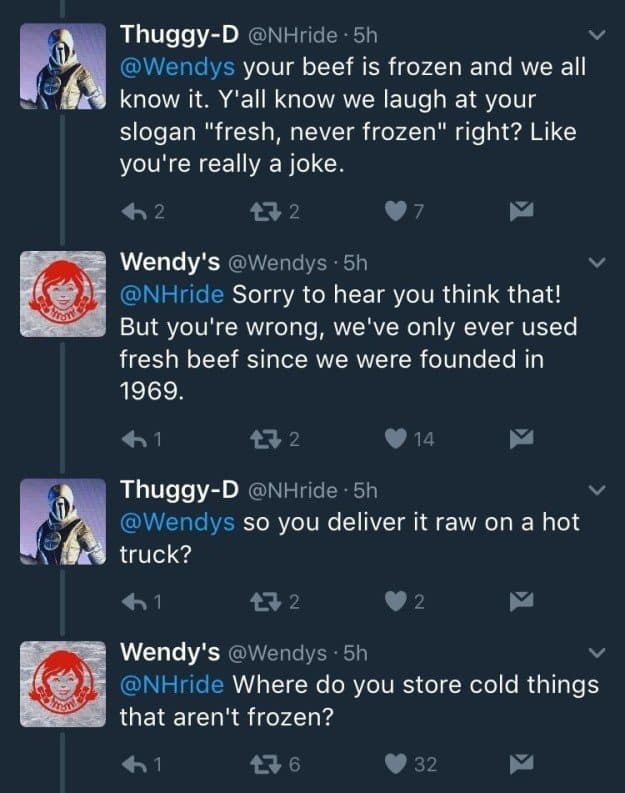 But, what he was not expecting was the witty comeback Wendy’s had for him. 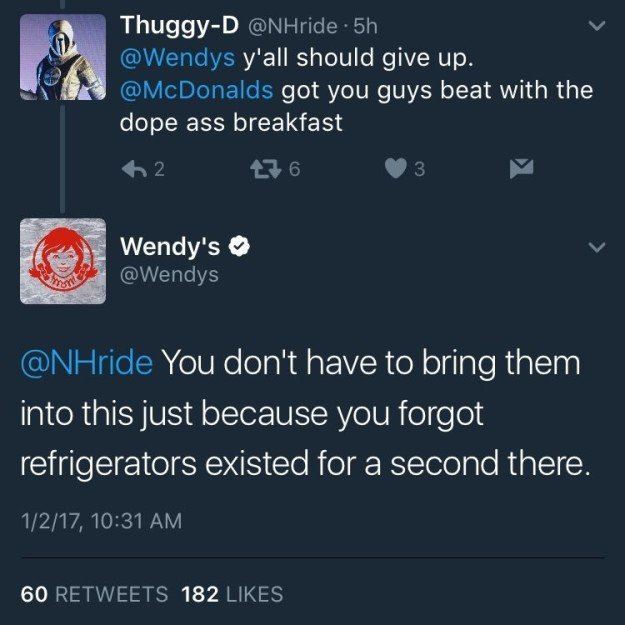 We are used to having company Twitter accounts who are way too friendly, accommodating, and nice. They are so careful not to offend their customers since social media is a powerful entity that could make or break a company. But in the case of Wendy’s, it was different. It gained the attention and approval of netizens.

So, why stop with one? Whoever was the social media manager for Wendy’s probably got the approval from their bosses to go on with the witty comebacks.

Is there any better way to ‘trash’ your competitor?

We’re not talking about just one competitor here. Taco Bell, Burger King, and Rally’s were hit by the shots fired, too!

Directions to the nearest Wendy's

what'd they win? A participation trophy?

Food from the wrong place.

Now you're just punishing yourself.

Wendy’s also has zero tolerance for dumb tweets, quickly shutting them down with brief, but sharp remarks.

No, your opinion is though.

You won that bet

Get one of your 51 followers to roast you.

Is it a marketing disaster or a brilliant publicity stunt? Whichever the case is, those tweet exchanges really made our day. Hopefully, internet trolls learned a lesson from this story. Your intention to humiliate someone on social media could always backfire to you in many unimaginable ways.