Take it from Attanai Thaiyuanwong, a guy from Thailand, who, much to his shock and surprise, found an enormous monitor lizard “knocking” on his front door. A video of the incident was posted on Facebook and it immediately went viral shortly thereafter. In fact, the footage and the story have been picked up by several news sites. 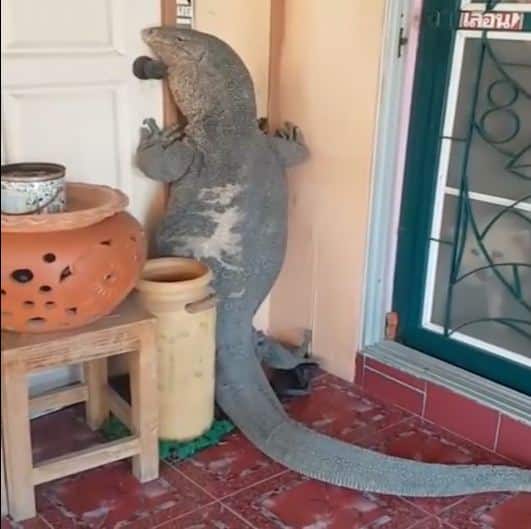 The footage shows Attanai and his family trying their best to get the lizard out of the way. The creature can be heard shrieking and swinging its tail.

Coconuts Bangkok, a Thai news website, shared some translations to help us understand the conversation in the video. The man said “(The lizard) is in our house. It’s fu**ing huge!”

A woman can be heard in the background saying, “They say if you throw a coin at it, it will go away! It’s like giving the lizard luck and fortune!”

“You should stand next to it, sister. You’re the same size,” responded the guy.

Using a rope and a stick, Attanai and his family tried to drag the lizard away from the property. 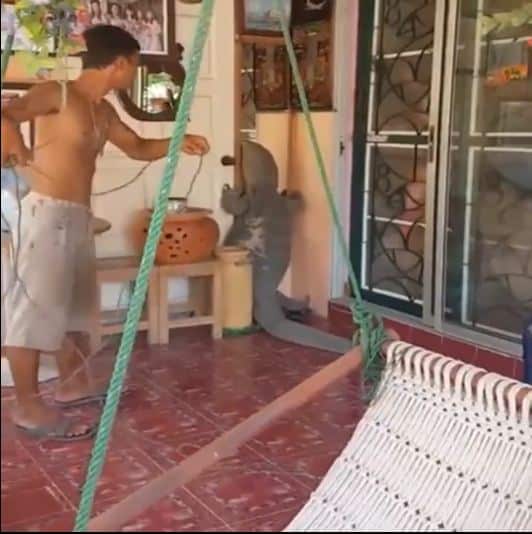 Eventually, they were able to drag the freakishly huge lizard out of their property using a rope and a big stick.

The video has since gone viral gaining over 23 million views and 207 shares. 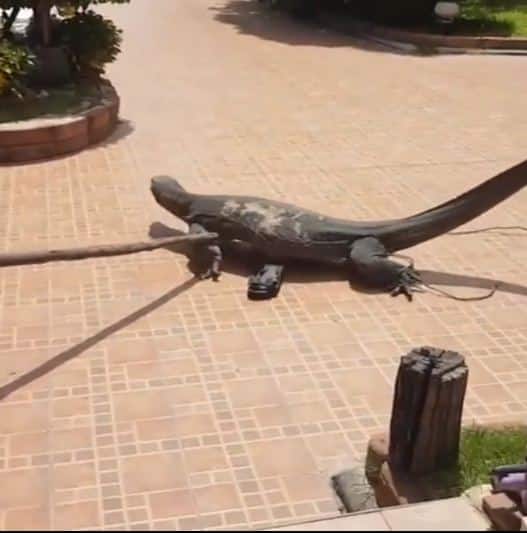 The video was also shared via Saint Official and commenters are having a field day.

“Dear Dog, I thought you are supposed to be the security in the house, why are you scared?”

“Question is why is just chilling on their wall where do they live ? Should I be worried? LMAO. I almost died last night over a regular lizard in my kitchen. Don’t wanna wake up and find this thing.”

“There’s nothing else to do besides have a heart attack and die. You know I’m scared of lizards, big or small and all in between.”