Airports can be a drag. They bring up your stress levels, especially if you have to rush from one terminal to another to make a connecting flight.

What’s worse are the miles of floor to walk through and throngs of people you have to dodge to make it. And all through this dragging your heavy luggage with you. 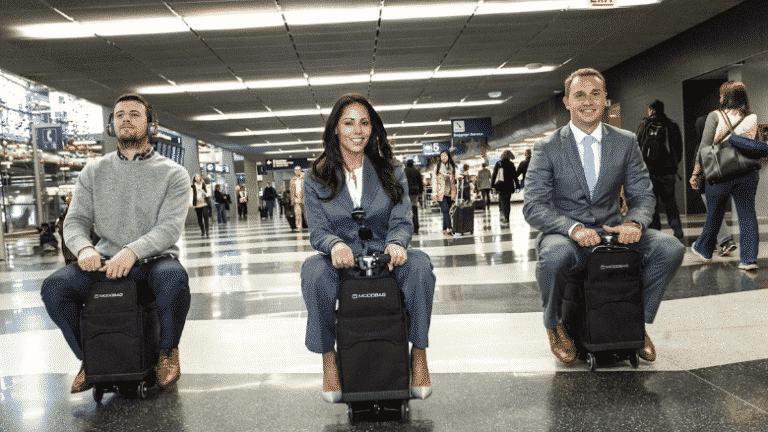 The Modobag has its own Indiegogo campaign where it’s selling for around $1,000. The price may be steep to pay for a bag, but a piece of luggage that can propel itself, and you, across airport terminals at 8mph?

“We’re not trying to make anyone lazy,” O’Donnell explains. “It’s about life efficiency.”

And travelers have to be as efficient as possible to handle the stresses of flying. From the crowds to the security scans to delayed flights and layovers. 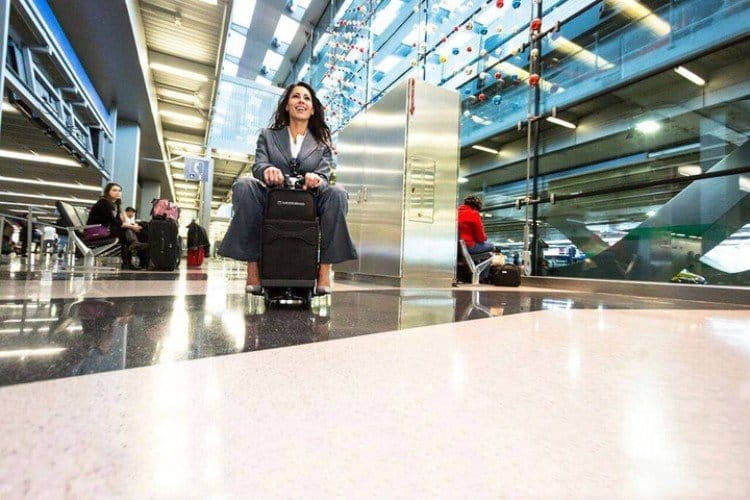 The Modobag is small enough to fit the carry-on specifications of most airlines. In fact, O’Donnell rides the bag on errands and recommends it for train stations and in large conferences, as well.

The Modobag has a lithium battery set at just under the FAA’s 100 watt hour limit so commuters can bring the bags on airplanes. 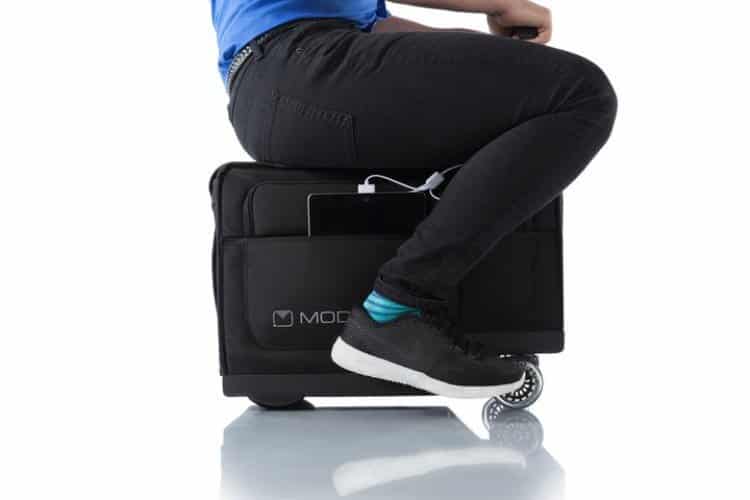 The battery is operational at 80 percent after only 15 minutes of charging, and it has a memory foam seat to support up to 260 pounds of weight. Impressively, it has met quality, durability, safety, and weight standards for luggage, and is roomy enough despite already carrying a battery, a battery charger, a motor, and a GPS tracking system. 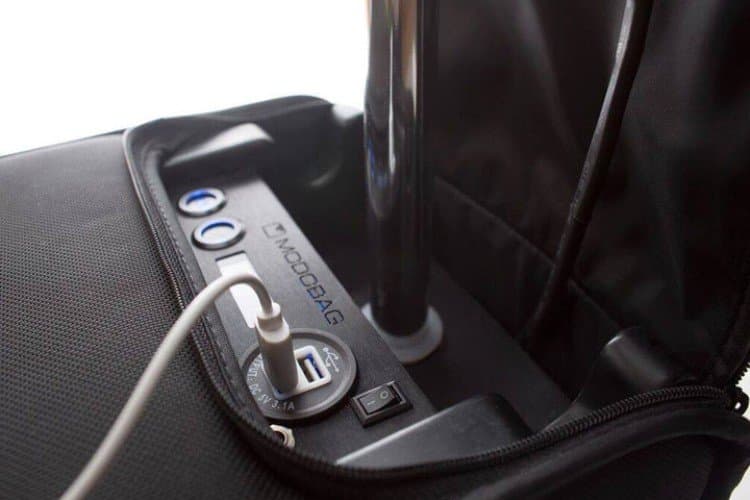 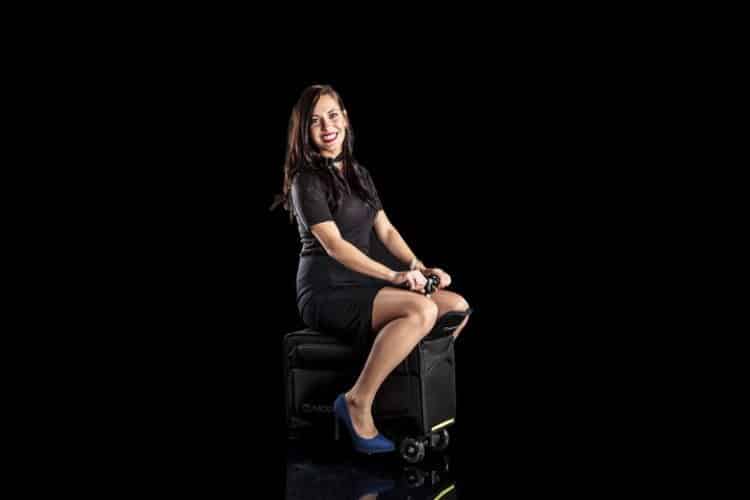 The Modobag reached its $50,000 goal in Indiegogo within two days, and it has a little less than a month left before the campaign ends. It will start shipping bags to customers by January 2017.