You know them, the annoying people at the airport you would have encountered at least once during your travels. Getting through the airport isn’t exactly a breeze. Lines that are never-ending, crowds everywhere, long layovers and not to mention, the sucky airport food. By these alone, you can automatically conclude that the airport is such a stressful environment that you just the littlest thing can annoy and set you off.

To ensure that you don’t happen to be the annoying jerk people are giving the lookover, we rounded up a list of things you SHOULD NOT be doing at all costs: 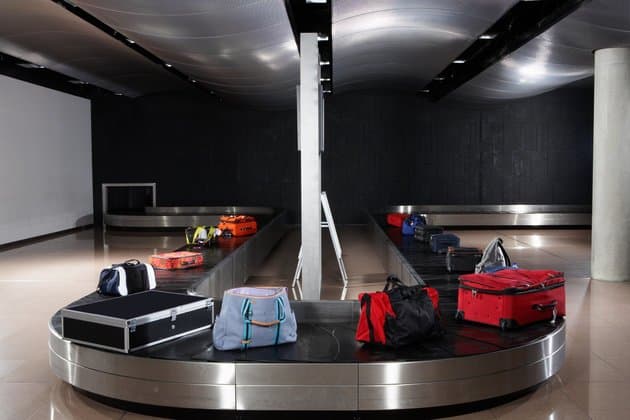 No one likes a late passenger. It isn’t just about making the boarding time but checking in your baggage as well. Please don’t be the prick trying to cut the line because you’re late and so nervous that the gates would close in on you.

2. Repacking an overweight bag at the check-in counter. 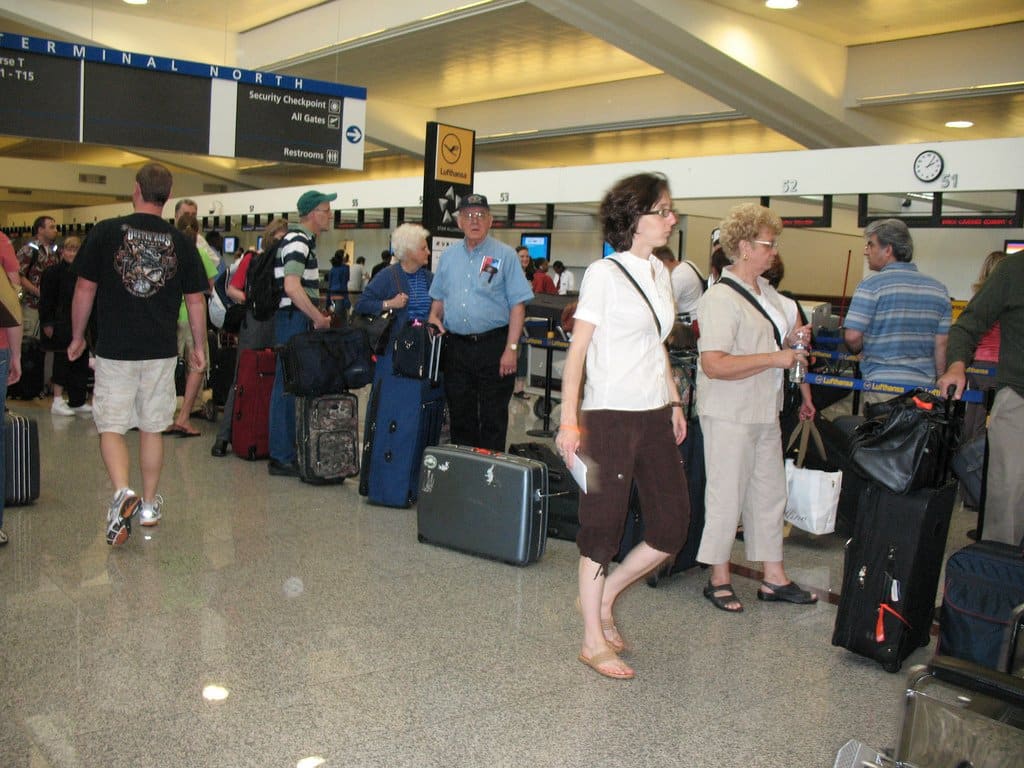 You are well aware of the baggage requirements, so why pack a bag that exceeds the required weight? To avoid being a nuisance to others in line, weigh your bag ahead of time.

3. Stuffing your frumpy coat in the overhead bin. 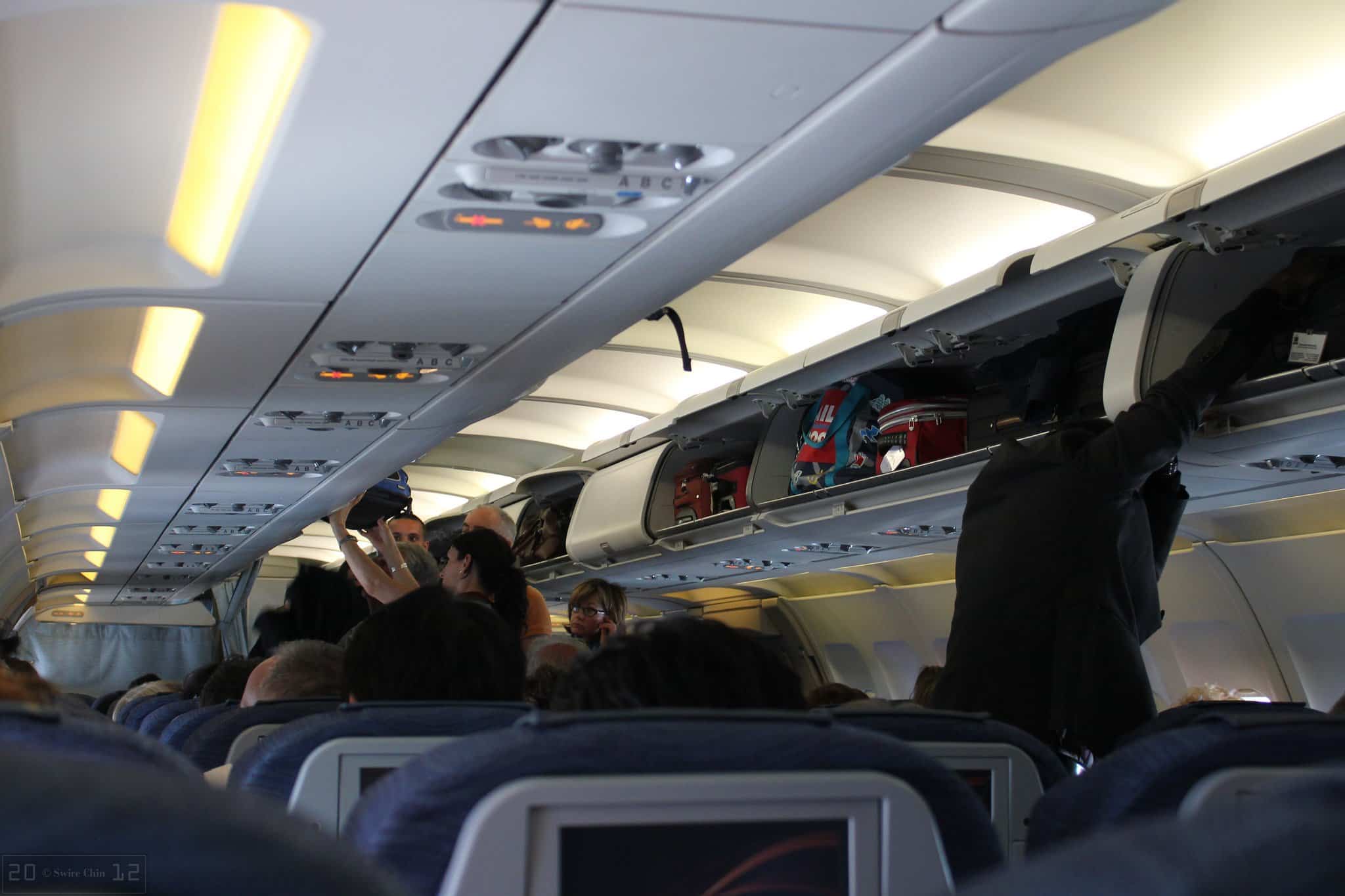 The purpose of the overhead bin is to store the luggage of the passengers. Bulky coats are not included. So please don’t make the mistake of stuffing your coat in the bin because it only annoys others in the process. 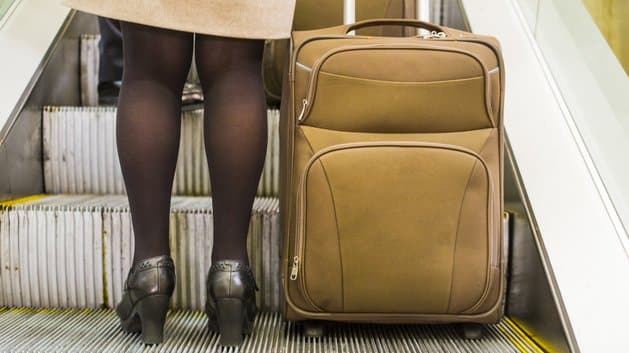 Be courteous enough to those in a hurry to make to their connecting flights. Move to one side of the escalator and carry your bags, too.

5. Putting your bag on the seat next to you.

Chairs are for people, not for your luggage. ‘Nuff said.

6. Using the airport bathroom as if you were at home. 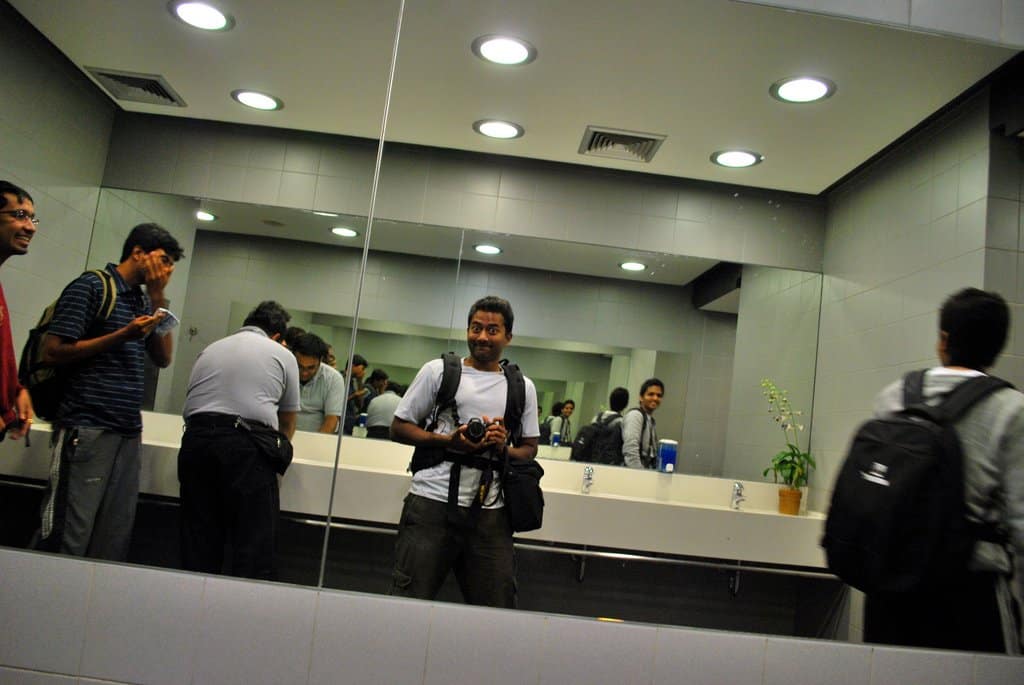 Remember that the airport services thousands of people so please be nice enough not to take so long prepping in the bathroom when there’s a long line waiting outside to take their turn.

7. Using all the outlets. 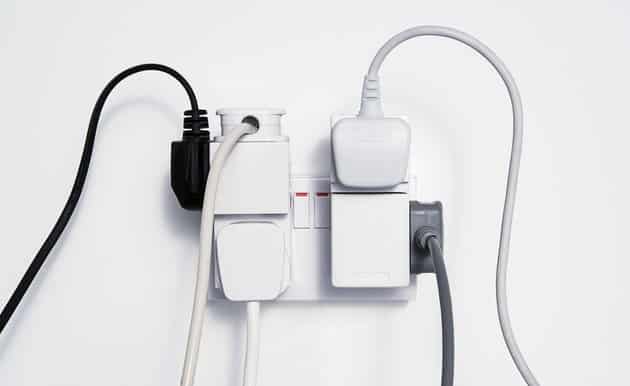 Charge all your gadgets before the flight so that others who may need to use the outlet for an emergency can plug in their own device.

8. Sleeping on the floor. 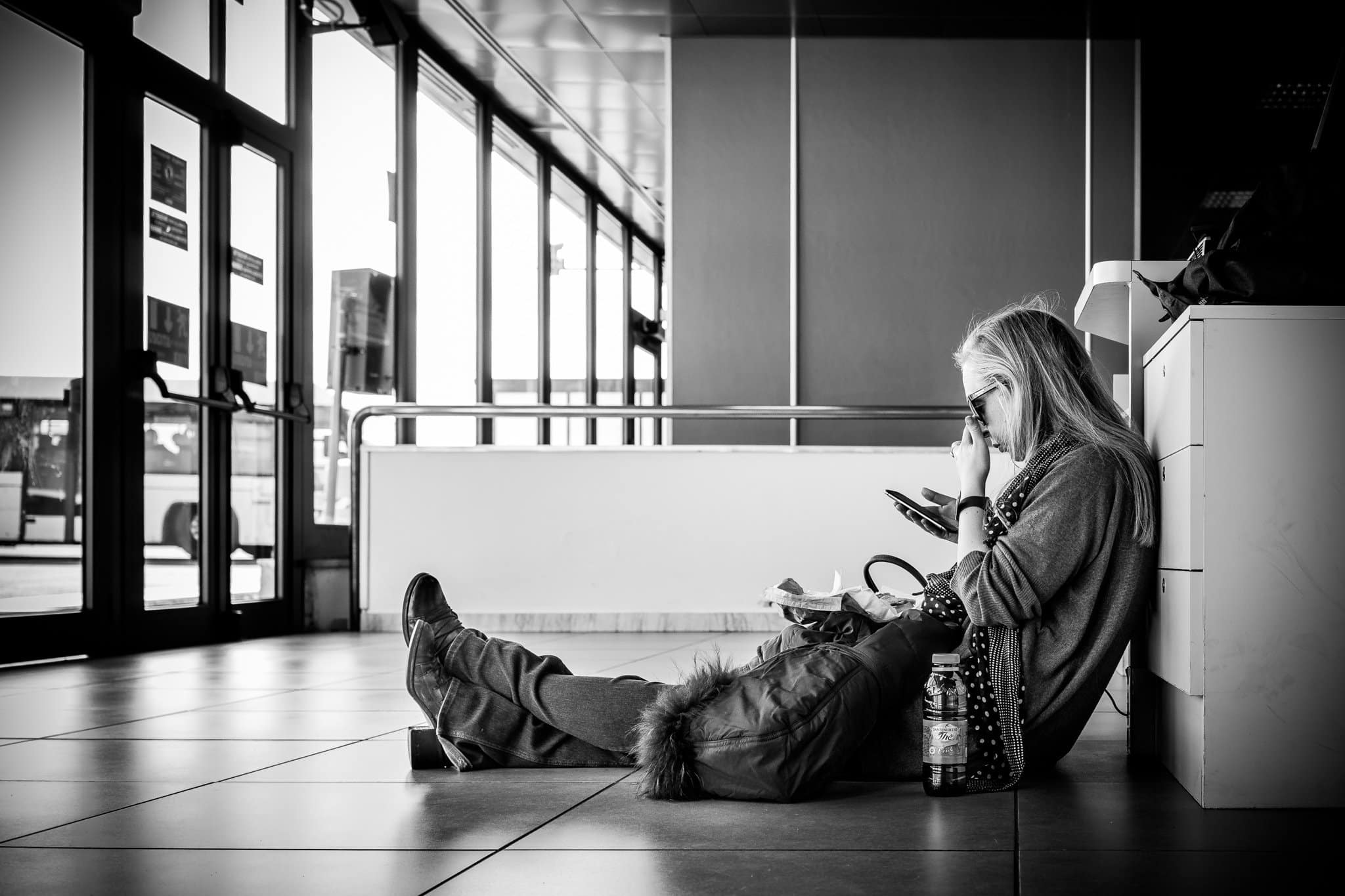 It’s hard enough that there’s a big crowd to go through when in an airport, but the level of difficulty doubles when you have to make sure that your luggage doesn’t hit the person sleeping on the floor.

9. Taking forever at the security line. 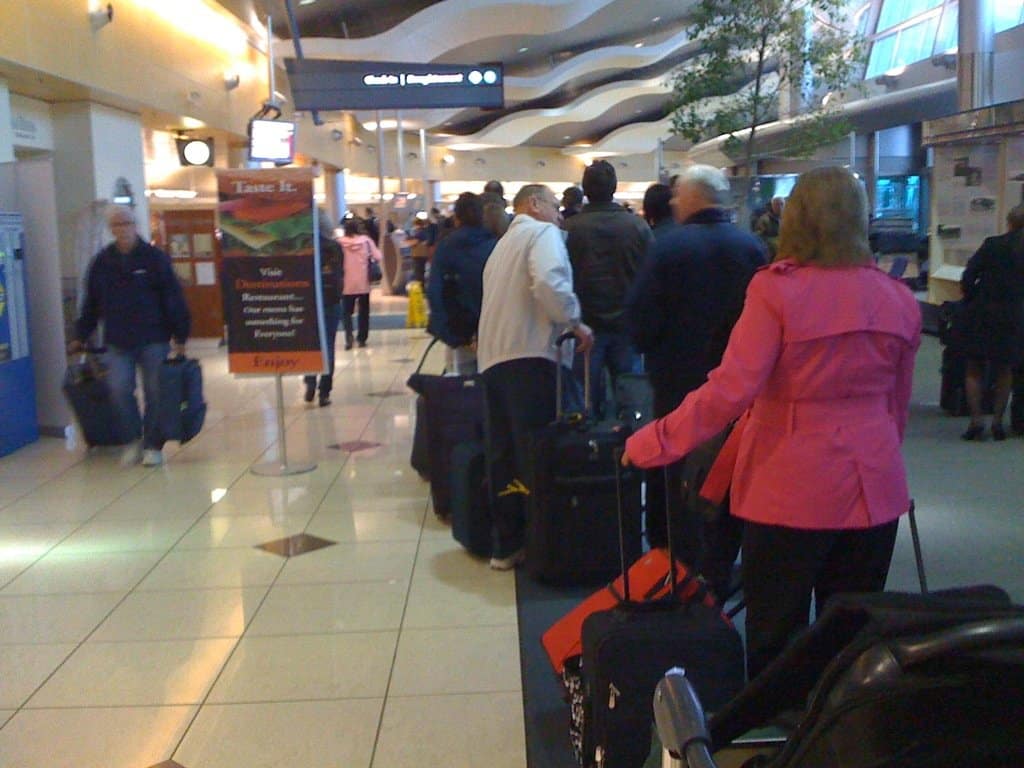 When you’ve travelled and flown before, you should know the drill. Don’t be the guy who takes so long at the security line because he didn’t take of his shoes, belt or his laptop out of the bag. 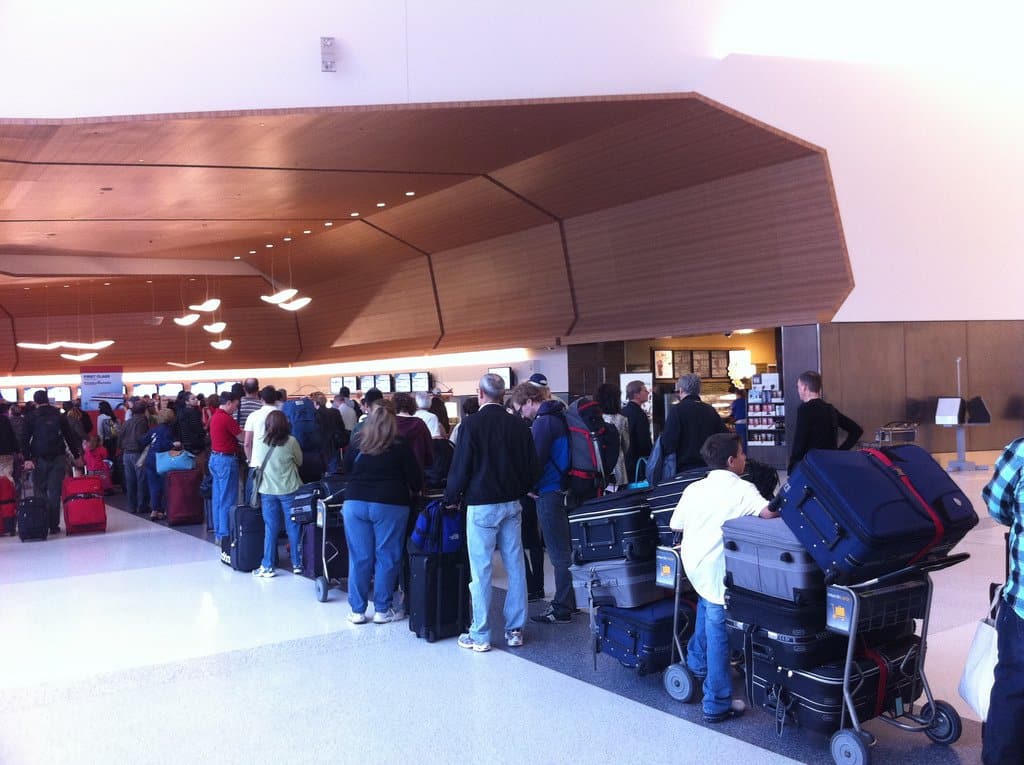 There’s a systematic way to board the plane and that’s what is done at the airport. Unless your group number has been called, don’t act impatient and hog the line from others who should be boarding already.