Teachers act as the students’ second parents while they are at school. Although there may be a few who have forgotten this responsibility, there are still many who don’t. In fact, a Clear Springs High School teacher has decided to take things up a notch by offering a touching gesture to his students taking a three-hour-long test.

Brian Johnston, a teacher at the school in League City, Texas, decided to give students a jam-packed snack before they have their Advanced Placement (AP) English exam. Inspired by his co-teacher Vanessa Seghers, Johnston said that he wanted to help the 11th-grade students do well in their test by putting something nutritious in their tummies. 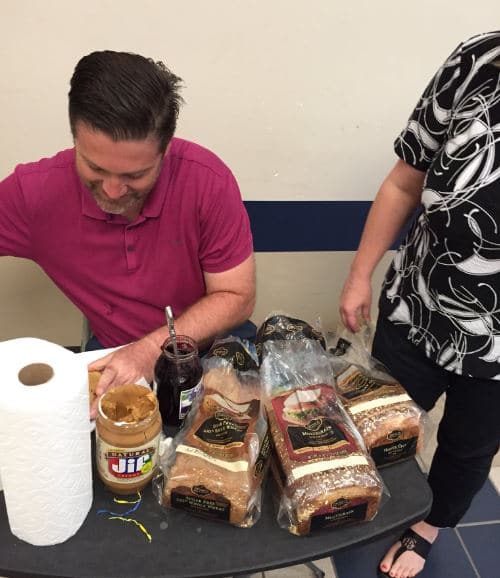 He said in an interview with TODAY:

“Students are usually absolutely exhausted for the rest of the day after these exams. They have to go in with something in their oven.”

Because of this, he decided to bring a table full of ingredients to school to prepare the popular peanut butter and jelly sandwich for the examinees.

The PB&J sandwich Johnston prepared for the students were very healthy as they were made from a variety of whole grain bread and some all-natural JIF peanut butter and grape jelly to match. He served a total of 50 sandwiches during the AP test. 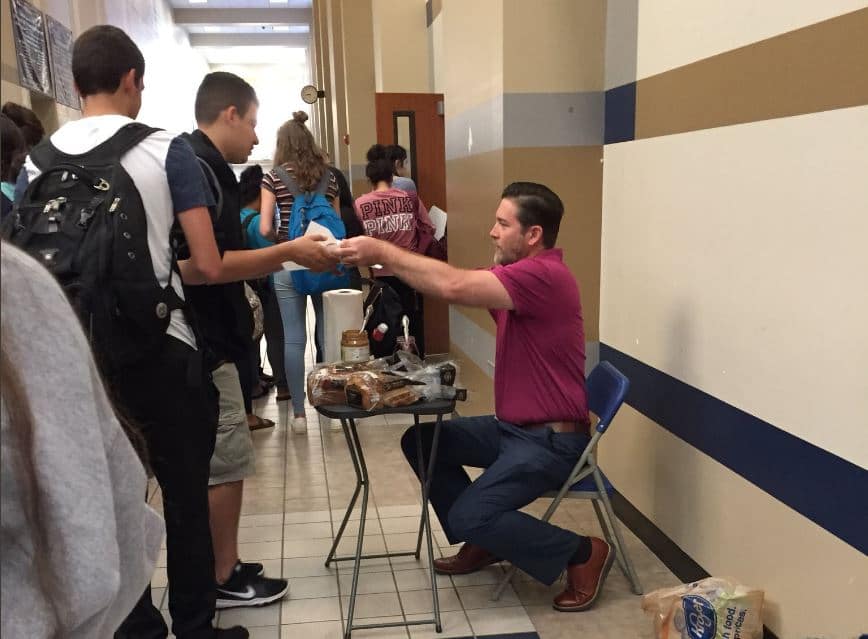 The act, while precedented, sparked awe in the students— especially Hannah Hayes. In fact, she was so impressed by what the educator did that she commended his actions and shared images of him on Twitter.

Much to her surprise, the post garnered more attention that she initially expected— over 20,000 Retweets and 105,000 likes, to be exact.

Speaking to TODAY, the student shared her thoughts about teachers like Johnston”

“A lot of times teachers go unnoticed, and even though it’s kind of a small gesture, it meant a lot and it made an impact on students.

“It really shows that he cares about his students and wants them to do the best they can.”

Many social media users also took to Twitter to commend the thoughtful teacher by sharing Hayes’ post and hoping that it would inspire others to do the same.

What do you think of Brian Johnston’s gesture? Share this incredible act of love with your friends.