For some people, the fingernails indicate a person’s hygiene practices. Others, on the other hand, look at nails as indicators of one’s health. There are also people who look at nails as a canvas, ready to be painted with vibrant colors and designs. Regardless of how our nails look like, we still can’t deny that it reveals part of our personality.

That being said, what do overgrown nails tell us about a person? By overgrown, we mean 14.8-centimeter-long fingernails that had not been trimmed for three long years. Sure, three years don’t seem to be a long time, but for something that grows at an average of 3 millimeters per month and is located in an anatomically significant body part, it’s an entirely different story.

Say hello to Simone Taylor, a 16-year-old young woman from Nuremberg, Germany. She has been growing her nails for three years now, and she isn’t showing signs of trimming them in the near future. She has 14.8 cm long thumbnails and 11.8cm long fingernails. Taylor says that her nails have grown so long that she requires several bottles of nail polish to maintain them, costing her approximately £25 per month.

Simone Taylor decided to grow her nails long after watching a nail art video on Youtube. 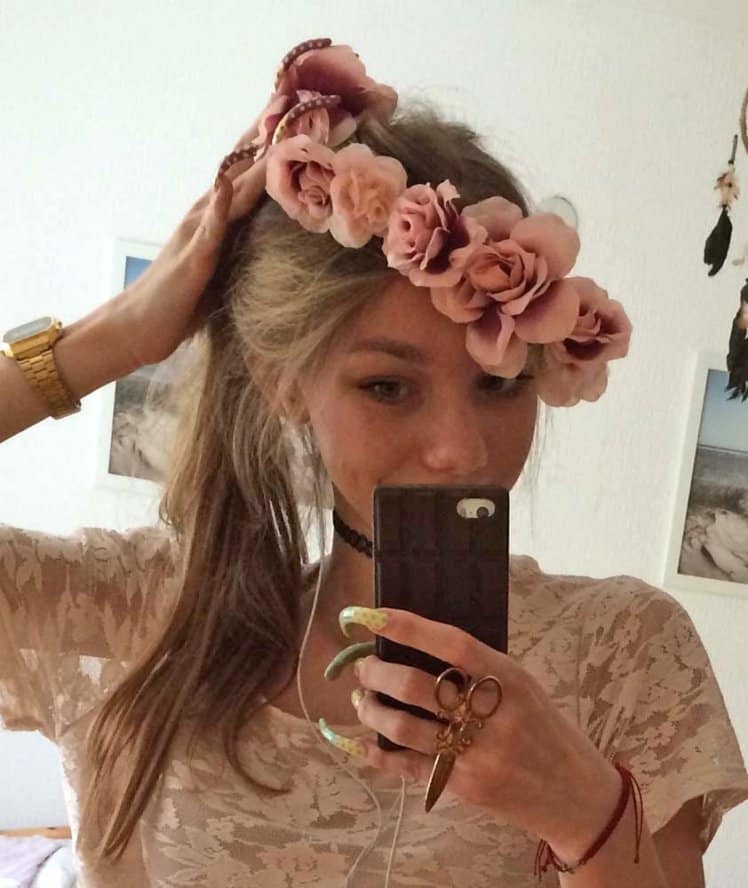 Taylor reveals the question that she gets asked the most: how she uses the bathroom. In response, she said:

“Cleaning my teeth and using the toilet aren’t a problem.

“Funnily enough, a lot of people ask the toilet question when they see my nails for the first time.

“Showering is a bit more difficult. Sometimes my nails get caught in my hair, so I have to be extra careful.”

Taylor also encounters difficulty at school, particularly when using a pen and when typing using a keyboard. She gets around her trouble with typing by using her knuckles instead. We just can’t imagine how she manages to write, though.

Simone's nails looked like this in December last year. 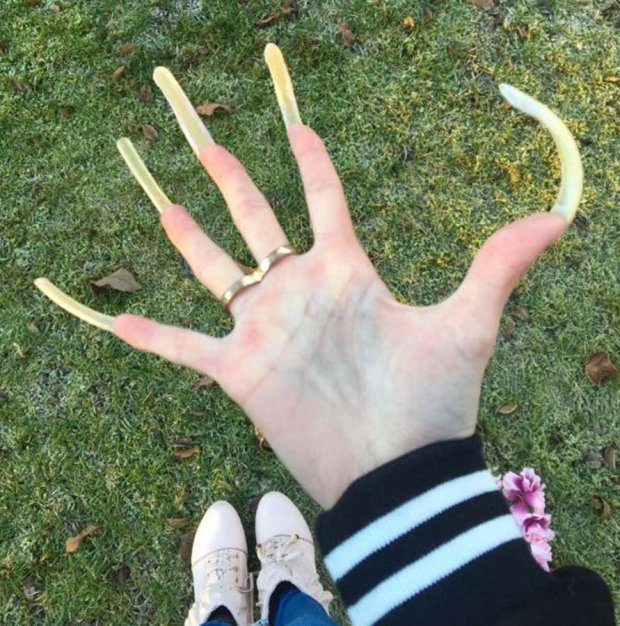 Her long nails make typing and writing difficult, but not grabbing this piece of chocolate! 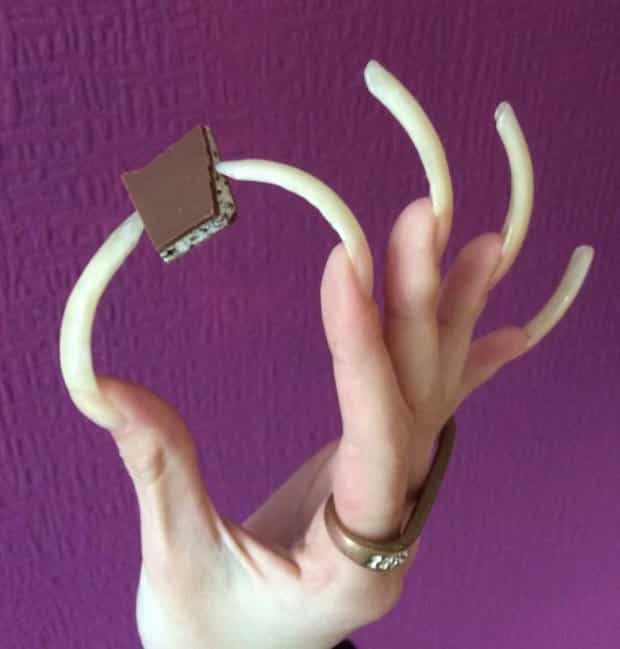 In addition, Taylor’s fingernails also prevent her from engaging in most physical activities so she can’t really participate in Physical Education classes. Admittedly, for people who aren’t really into physical activity, that is quite an advantage.

This is how she slices a strawberry. Hmmm, interesting. 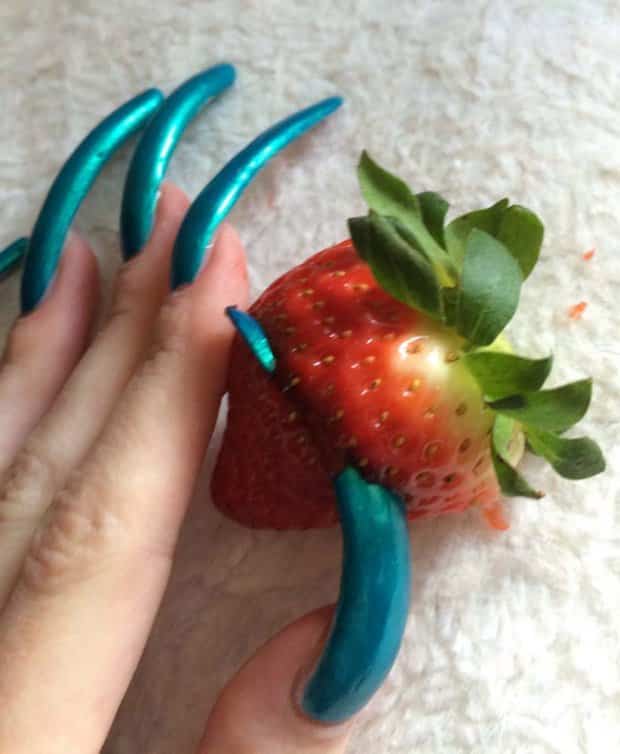 Despite the several inconveniences caused by her extra-long nails, Taylor said she’s choosing to keep them long. She, in fact, freaked out when one of her fingernails accidentally broke once.

“My friends and I were climbing a gate that was stuck, and as I jumped down, my middle finger nail got stuck in the metal and broke.”

“I started crying and remember screaming, “Why my nail? Anything but my nail.” My friends tried to calm me down but didn’t have much success.”

Well, to each his own.