Steven Sanchez, 28 years old, was paralyzed 11 years ago following a BMX accident. The tragedy left him immobile from the waist down and so he has since spent most of his time on a wheelchair.

Fortunately though, there’s The Phoenix – a new modular robotic exoskeleton being developed by SuitX to help paralyzed people stand on their feet once again.

Sanchez has been working with SuitX for the past four years for the development and design of the the Phoenix.

With the Phoenix exoskeleton, Steven Sanchez can easily stand and walk again. 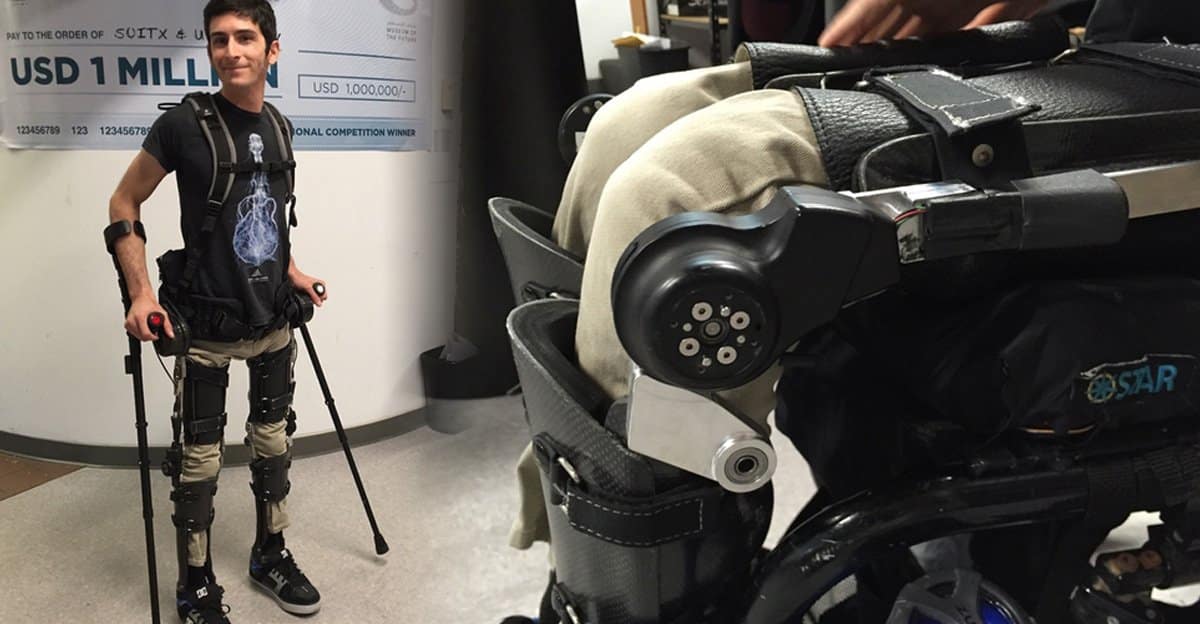 The lightweight device is a computerized system worn by an individual, allowing him to walk and stand “with the fluidity of natural movement,” according to DailyDot.

The Phoenix is the word’s lightest and most advanced exoskeleton made for people with mobility disorders.

The movement can be controlled by two buttons on the crutches which are pressed as the wearer steps to move forward, backward, up, or down. For example, Steve has to press the forward button a few times so that the suit will help him rise from being seated.

On top of that, the Phoenix connects to a mobile app which tracks the person’s motions for a better understanding of patient care. Even doctors and caregivers can take advantage of the technology to see how active the wearer is and may also customize exercises, depending on the person’s capacity.

A single charge can allow a user to utilize the suit for 4 hours continuously or up to 8 hours intermittently.

“You feel empowered in the suit,” Steven Sanchez said about the modular device.

“You feel empowered in the suit. You have all the control and you can tell it to go when you want it to go. If you’re not feeling comfortable in a situation, it’s light enough to move yourself around and get yourself in a better situation.”

You can check out the Phoenix in action here:

SuitX was founded in 2010 and the company works in creating technical solutions for immobility.

Dr. Homayoon Kazerooni, cofounder of SuitX and a pioneer of robotic exoskeletons since the late 1980s, said that the company intends to keep their device designs minimalistic. Presently, the exoskeleton weighs only 27 pounds. The company’s goal is to make the tech small enough to be comfortably worn under a person’s clothing.

Most importantly, Phoenix will be available for a much cheaper price compared with other devices out in the market since it will only cost around $40,000.

“I’m dreaming of something comparable to wheelchair pricing. Regardless of whether that happens in my lifetime, that’s not an issue. Someone has to get started, and things have to get better and better.”

Kudos to everyone at SuitX for this awesome project! Go check out their official website for more info.