Stem cells are already believed to be the one medical treatment that can cure just about anything. But can it actually help someone walk again? A paralyzed man is the first patient who has been treated with stem cells. Amazingly, the patient has already regained upper body movement.

Kristopher Boesen has been paralyzed since he was in a car accident that changed his life. Boesen lost control of his car on a slippery road surface and slammed into a tree. Although he survived, doctors told Boesen’s parents that he might never be able to function from the neck down again. However, things changed when Boesen got an offer that could change things for the better.

The procedure called for stem cells to be injected directly into the spine cord. 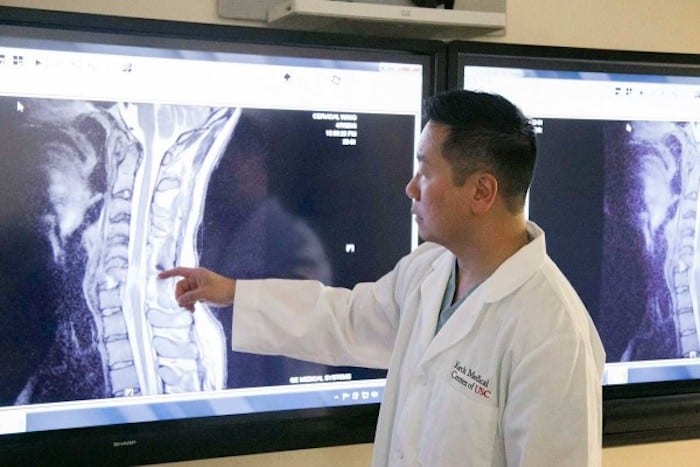 Boesen was offered to try a new procedure using stem cells. It was a risky procedure but the young man immediately agreed since he had nothing to lose. His doctor Dr. Liu injected 10 million AST-OPC1 cells directly into Boesen’s cervical spinal cord.

There was no guarantee that it would work. Nevertheless, Dr. Liu explained how stem cells can actually help Boesen regain control of his body despite the injury.

“Typically, spinal cord injury patients undergo surgery that stabilizes the spine but does very little to restore motor or sensory function. With this study, we are testing procedure that may improve neurological function, which could mean the difference between being permanently paralyzed and being able to use one’s arms and hands. Restoring that level of function could significantly improve the daily lives of patients with severe spinal injuries,” the doctor said. 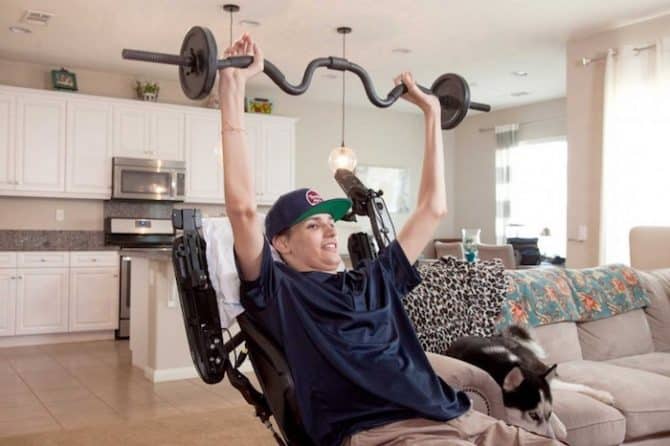 Today, Boesen is showing impressive signs of improvement. He was initially unable to move his arms. Now, he can answer the phone, write his name and operate a wheelchair. The young man is clearly pleased with his own progress.

“All I’ve wanted from the beginning was a fighting chance. But if there’s an opportunity for me to walk again, then heck yeah! I want to do anything possible to do that,” he said.

Boesen might still be a long way from being able to walk. Nevertheless, we are cheering him on and hoping he can finally walk away from the tragedy.