The Siberian Times recently released a video that shows some strange things in Siberia’s Belyy Island. The video features Russian scientists Alexander Sokolov and Dorothee Ehrich exploring the island. However, they stop when they encounter a patch of grass that seems to be protruding from the ground.

When Sokolov and Ehrich are shocked when they step on the patch of grass. The ground underneath it seems to be moving. Its effect is described as “like a trampoline.” In the video, Sokolov is shown repeatedly stepping on the spot. It appears to be bouncing back from the force of his foot.

At first, the bouncy patch shocked the Russian scientists.

All in all, Sokolov and Ehrich discovered 15 bouncy patches on the entire Belyy Island. Naturally, they further examined several of them. They managed to puncture them. As the The Siberian Times reported, “When punctured they emitted methane and carbon dioxide, according to measurements, although so far no details have been given.”

There been a number of scientific speculations about the phenomenon so far.

When punctured, the underground bubble emits methane and carbon dioxide. 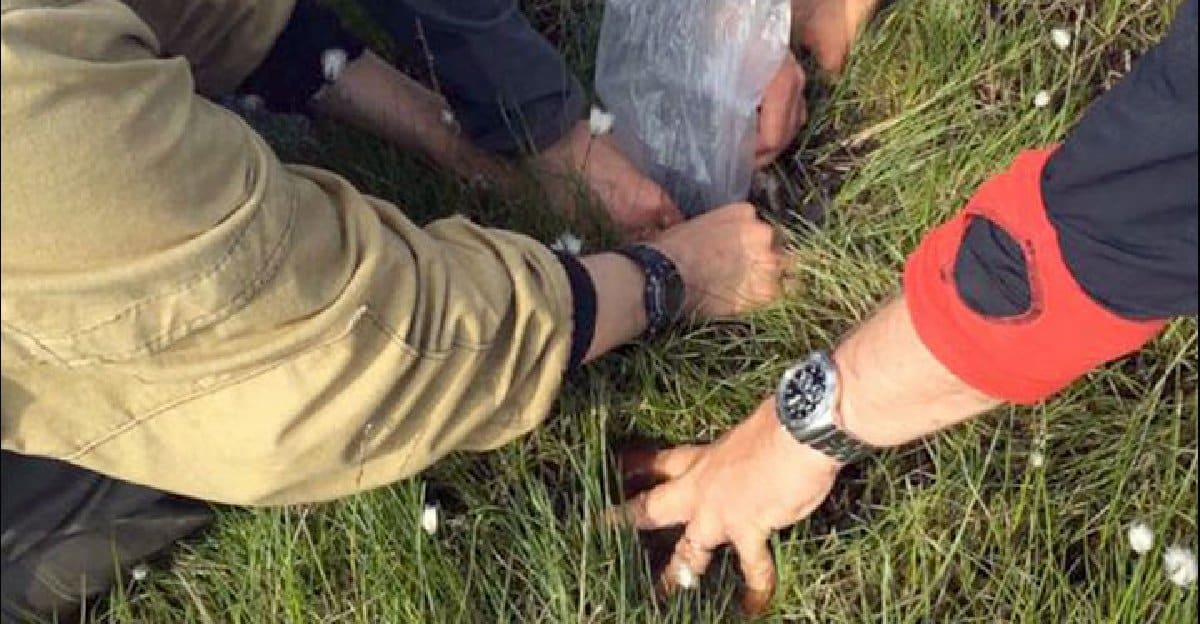 Siberia is known for its subzero temperatures. Thus, some researchers say that the so-called underground bubbles may have formed when abnormal heat caused the permafrost to thaw and release gases.”

Permafrost is defined as “a thick subsurface layer of soil that remains frozen throughout the year, occurring chiefly in polar regions.”

The Siberian Times went on to explain, “Scientists have warned at the potential catastrophic impact of global warming leading to the release into the atmosphere of harmful gases hitherto frozen in the ground or under the sea. There’s a possibility that the trembling tundra on Bely Island is this process in action.”