More and more students now take their homework or spend their studying at coffee shops such as Starbucks. While they are simply customers who are paying for a drink and staying at a comfortable place, some patrons consider them a nuisance, especially when these students hog seats.

Seeing groups of students occupy tables and seats at coffee shops is not uncommon. This becomes more apparent when exam season is approaching. When it happens, paying customers see it as a problem since most of these students stay in the cafe for hours and order only one drink. 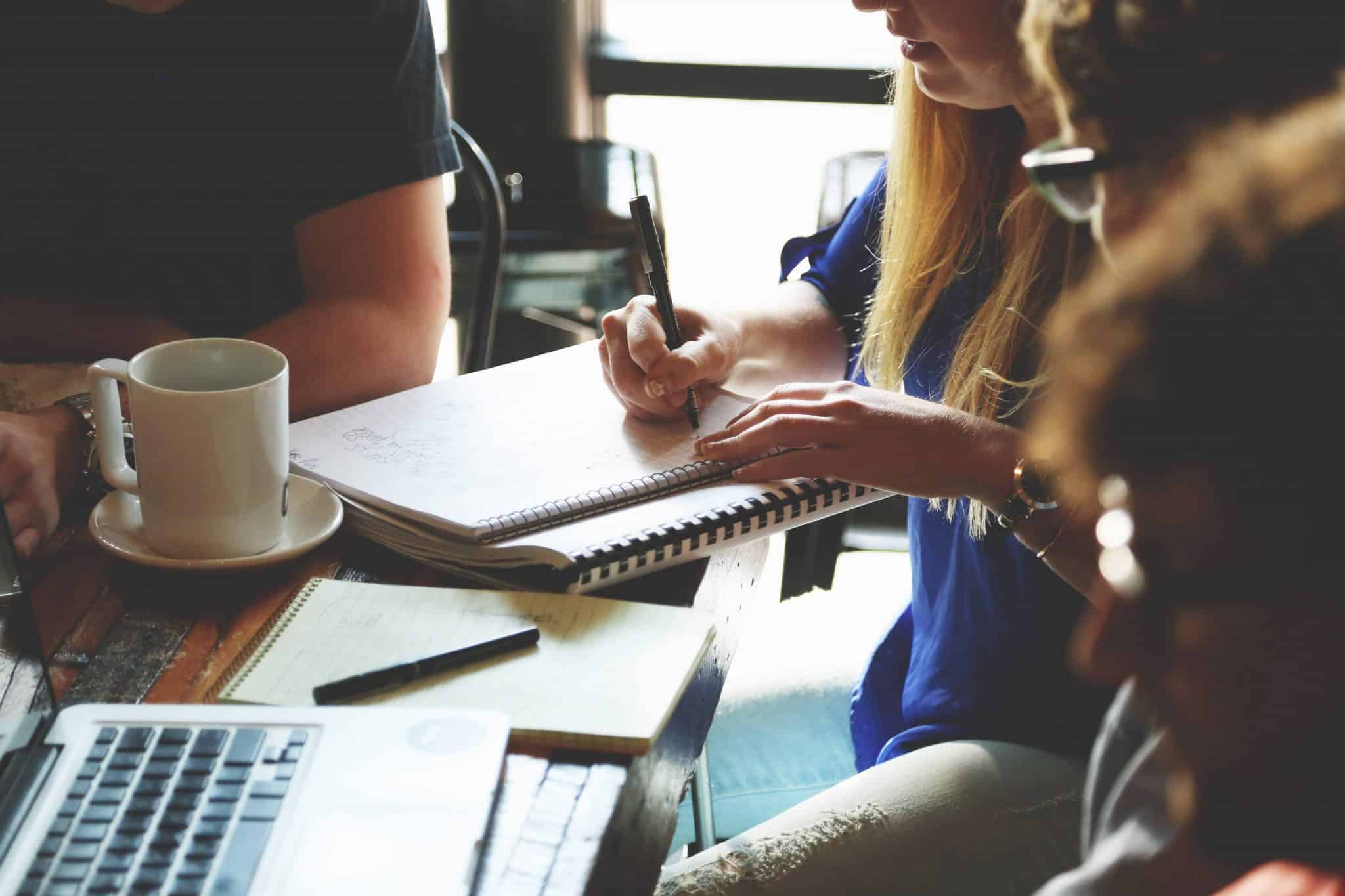 This ultimately affects the business. 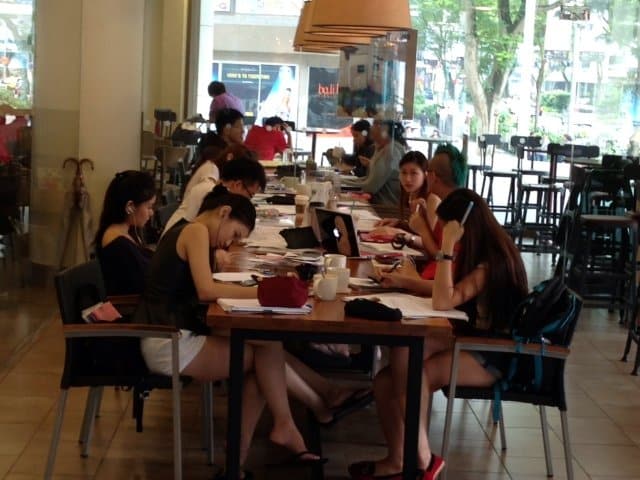 For example, a student from Millennia Institute in Singapore took to Starbucks Singapore’s Facebook page to complain about her poor experience at the coffee shop.

Huixin was asked to leave the establishment because she was studying. 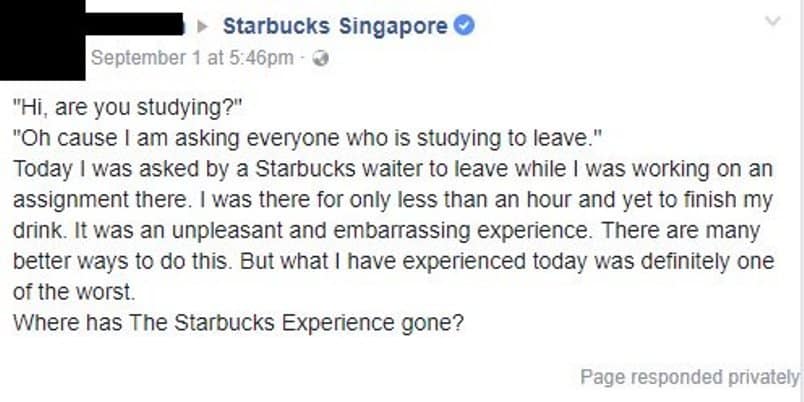 But instead of getting support from netizens, she faced a backlash from critics, who labeled her as a “selfish” and “entitled” individual.

Netizens believe students should be taking their schoolwork at home or in a library and not in a cafe. 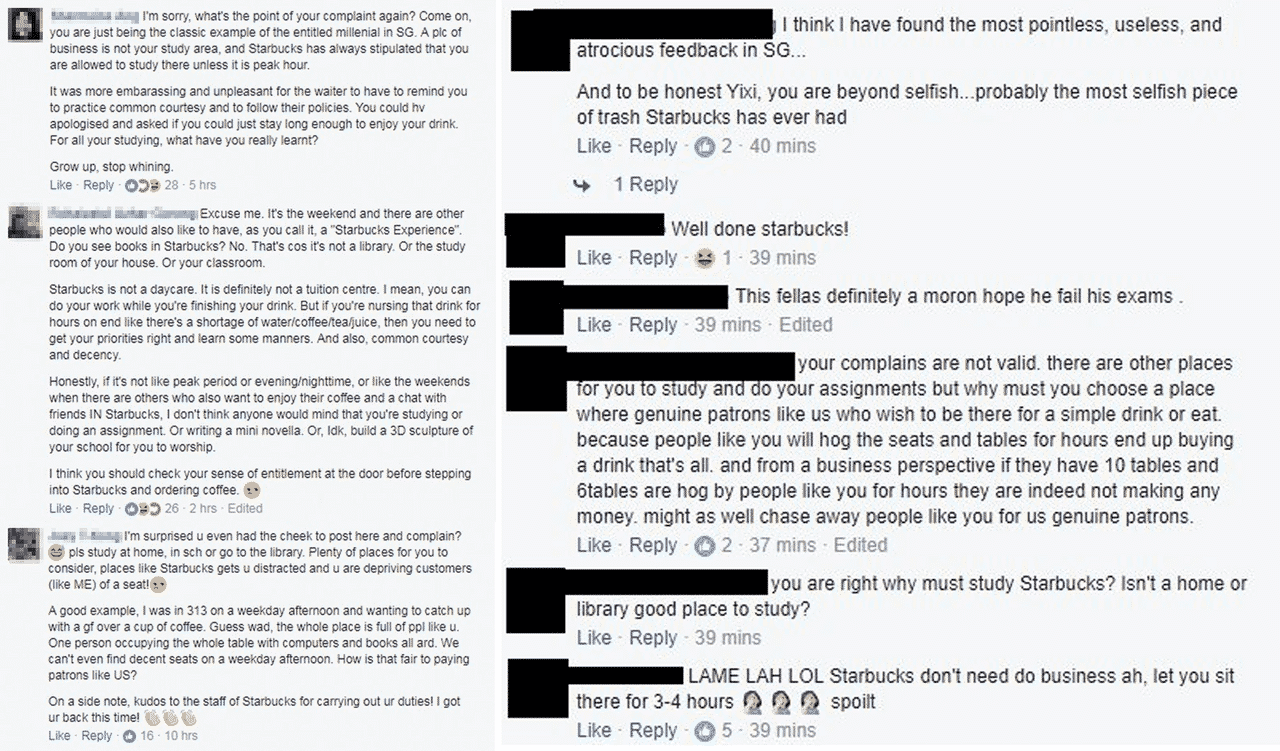 Huixin’s post has since been taken down but not before news outlet Says was able to pick it up. The post went viral that more people started to share their own experiences with the seat-hogging customers. Some have said that students would even leave their things on the chair or table to “reserve” the spot.

Groups of students would occupy seats and some would just sleep. 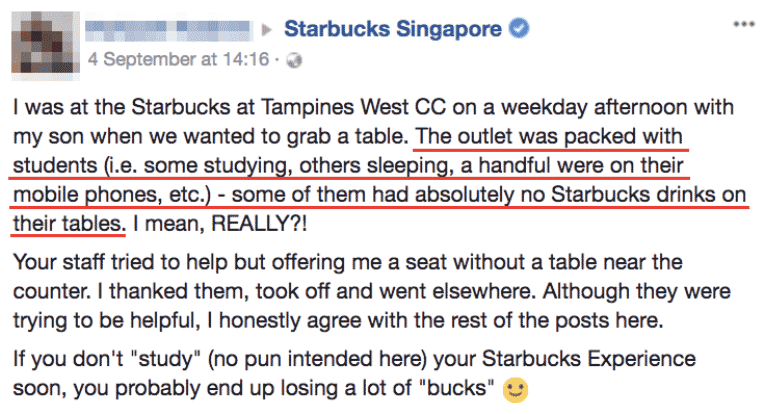 A single person would even occupy a table for three to his convenience.

Some netizens support Starbucks for their measures against seat-hogging customers. 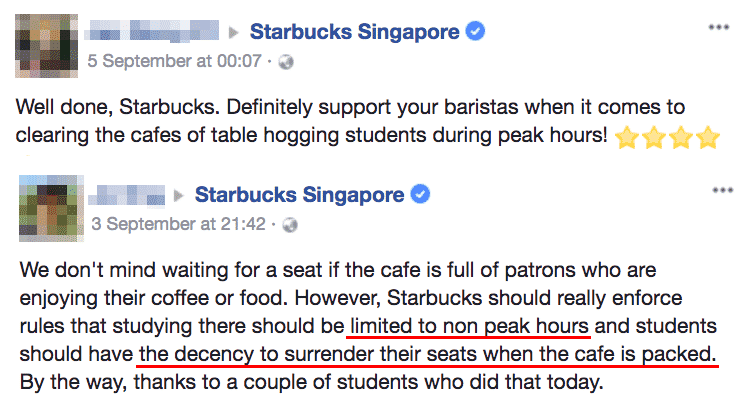 Students leave their stuff behind and come back.

While others shared their complaints, here’s one who’s offering a solution. 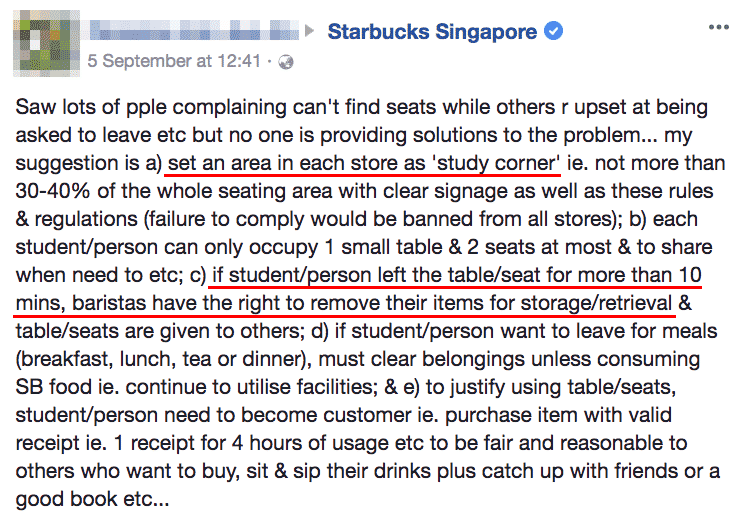 There are also those who don’t mind having seat-hogging customers, especially students, around. They believe that students should also be praised for their effort and their will to study, even if it’s in business establishments like coffee shops.

What do you think? Do coffee shops or other food establishments have the right to kick out seat-hogging students? Leave your comments below.