There is nothing a guy won’t do when he’s in love. Case in point, this guy got a little creative when he tried to express his affection to a special woman.

This is the story of a Chinese college dude who made a public confession of his undying love for a student at the Zhengzhou University of Finance. He went through all the trouble of laying out a ring of candles and petals in the shape of a heart just outside the dormitory of the university.

The setup of candles and petals for his ladylove. 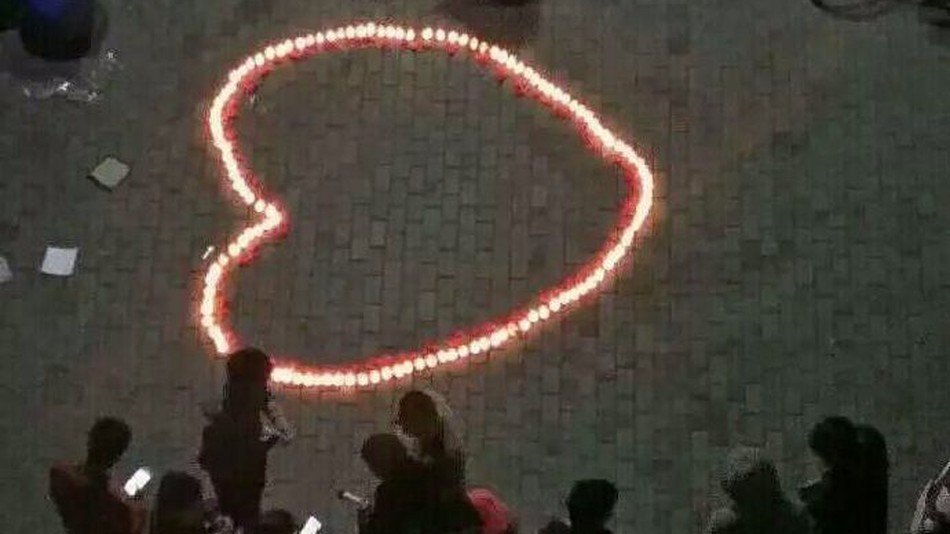 This college dude professed his love in public. How sweet. 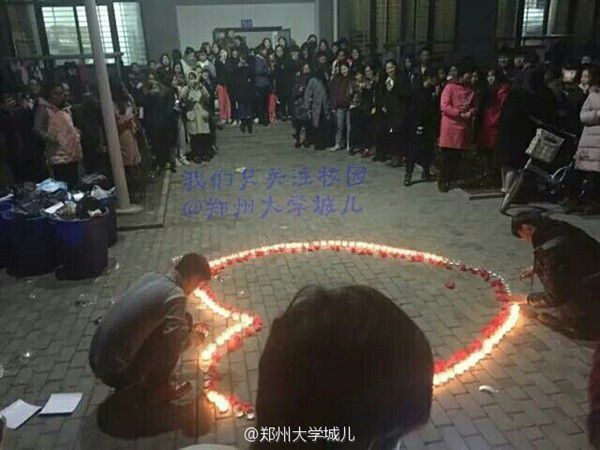 Quite the lovestruck guy he was, right?

Unfortunately, university officials didn’t seem to like his idea of lighted candles and petals that they extinguished the flames of love in a big smoke. According to some bystanders who saw the incident, the girl in question hadn’t even arrived yet to see the effort.

His friends helped him lay out the props. 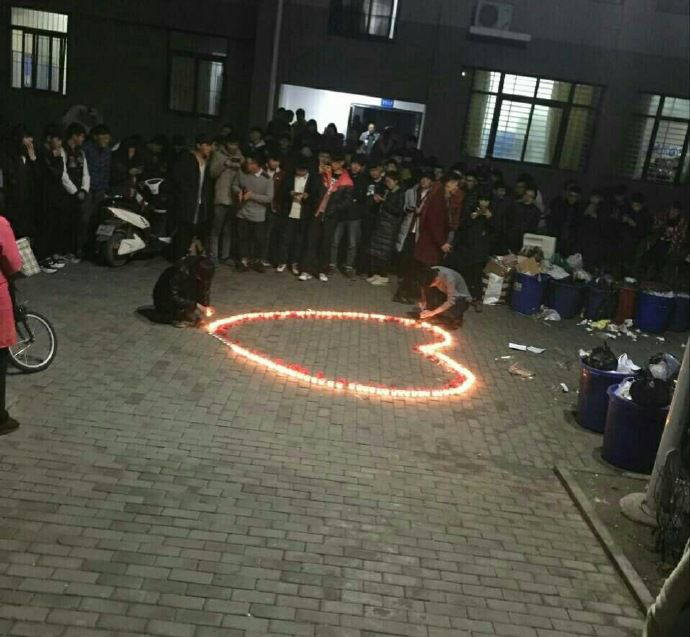 The guy, together with a couple of friends who helped him, laid out the candles and flower petals at the dormitory yard. A large group of audience gathered to watch the college dude as he painstakingly made sure all the details were perfect. 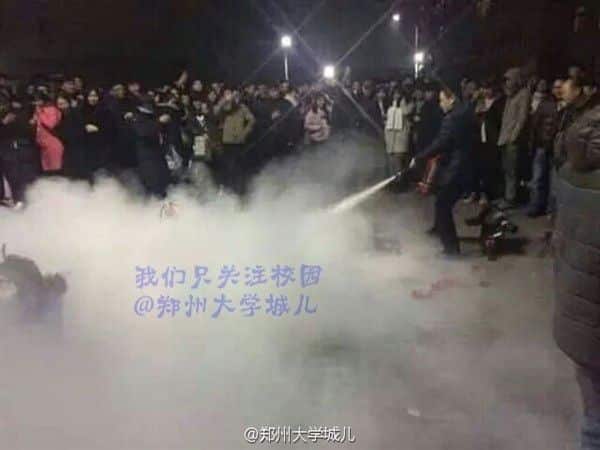 The event had gone viral on Weibo, China’s version of Twitter, as several students circulated pictures of the incident. Some of the social media users were sympathetic with the college student when the university officials put out the candles.

A crowd gathered to witness the event. 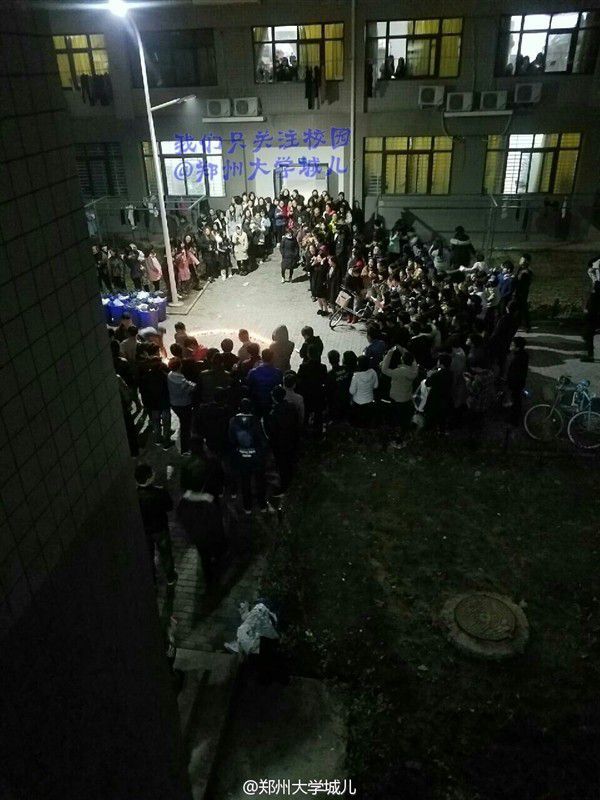 Netizens have mixed reactions about it. Weibo user Astro said:

“I wonder what sort of heartbreak those teachers who extinguished the flames went through in their youth, to have forgotten how young love feels.”

“It was a corny gesture anyway!”

Too bad the girl didn't get to see the whole thing. 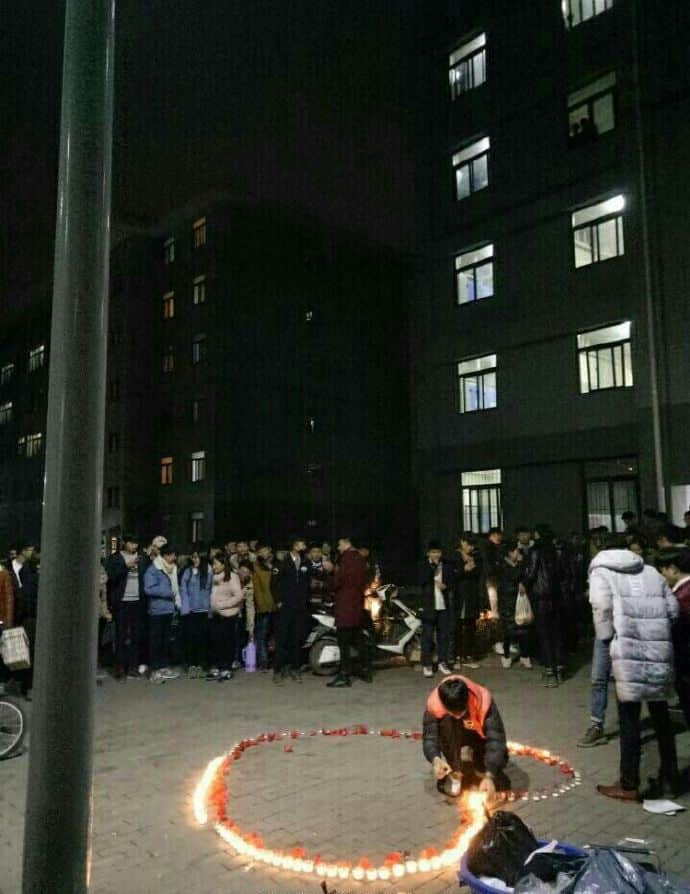 We can only hope that the college dude was still able to show his love to the lady in question. Young love in the winter season just warms the heart! Too bad this ended up unexpectedly.