The food industry nowadays is starkly different from what it was a few decades ago. Fast food joints are so popular that they have become household names. People opt to eat out or order take-aways instead of cooking traditional meals at home, citing hectic schedules as the main reason. Walking through a local supermarket, we see more aisles of cereals, junk foods, and processed food items than fresh produce. Technology and modern lifestyle has changed our eating habits extremely.

In recent years, morbidity due to noncommunicable diseases such as diabetes, cardiovascular diseases, and obesity has increased drastically. According to the World Health Organization, the prevalence of obesity has more than doubled since 1980. In fact, in 2014 1.9 billion adults were found to be overweight, 600 million of which were obese while in 2013, 42 million children under five years of age were either overweight or obese. Furthermore, the problem is no longer confined to high income countries; developing countries have also seen an increase in the rate of childhood obesity in recent years. 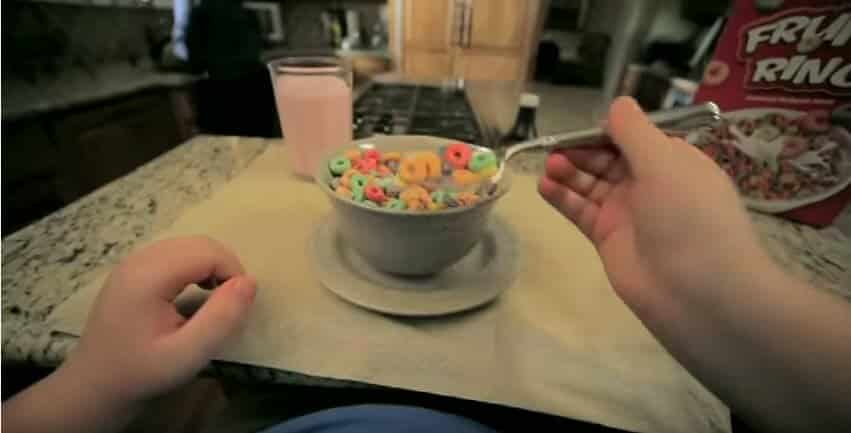 This is precisely the reason why this powerful ad against obesity sponsored by the Children’s Healthcare of Atlanta hits close to home. We are so accustomed to eating junk and heavily processed food and generally living sedentary lifestyles that we sacrifice our health for it. Children are being fed with extremely sugary food and empty calories while adults binge on oily and greasy food. This unhealthy practice results in adverse health effects such as cardiovascular diseases and diabetes, among others.

Watch the video below and see if you’re guilty of these things too:

It’s never too late to reverse our unhealthy eating habits. Our choices today will affect our children’s future, so act now and start living healthy today.