The donkeys of Santorini may finally breathe a sigh of relief. Greece has officially banned overweight tourists from riding the beasts of burden in the country. The decision was made after animal rights activists released images of the creatures struggling under the weight of obese holidaymakers. The pictures also revealed that the animals were suffering from open wounds and spinal injuries.

The Greek Ministry of Rural Development and Food has released new rules that cover the Santorini donkeys’ well-being. The regulations dictate that the animals giving tourist rides should not carry any loads heavier than 100kg (220 lbs).

The allowable load for donkeys has been reduced to less than ‘100kg, or one fifth of their body weight.’ 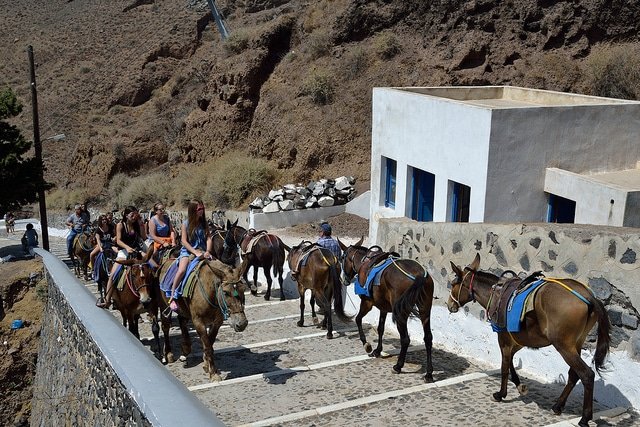 In addition to banning obese tourists from taking donkey rides, Greece has also ordered that the animals should be provided with clean living spaces and enough food.

“The owners of working equidae should ensure that the animals’ level of health is high. There should also be disinfection materials in their living quarters and workstations.”

“The animals should be given appropriate and adequate food and fresh drinking water daily, into containers which cannot be contaminated and are cleaned at least once a day.”

The donkeys often carry people up the hills of Santorini. 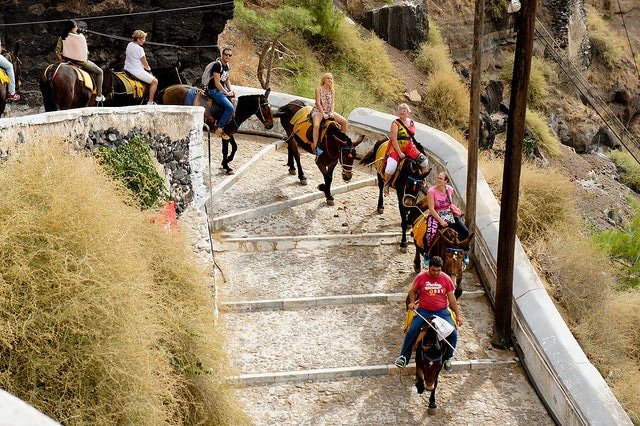 Greece is also making sure that only healthy donkeys will be allowed to work. This restricts owners from forcing “ill animal, injured, animals in an advanced pregnancy as well as animals with poor maintenance of hooves” to work.

The new rules will lessen the load on donkeys, who give tourist rides up the steep hills of Santorini. However, Maria Skourta, the leader of the Athens branch of Direct Action Everywhere, wants to do even better. After all, the organization claims that the donkeys will still be “forced to carry cement, appliances, and all sorts of heavy weights.”

“Our goal is not to improve the lives of slaves, it’s to free them entirely,” Skourta said.