We’ve long established that no one – yes, not a single being – can resist pizza.

Everyone loves that delightful flatbread that, heck, we weren’t surprised at all that even a rat tried to take one home for his snack. Or that a special necklace pouch has been invented so people can carry a slice anywhere they go.

Well now an unknown man has been getting a lot of online fame as a short video featuring him has been uploaded on Twitter.

The footage was taken at a restaurant in Morgantown, West Virginia. As you will quickly notice on the now viral clip, the place has turned into a hostile environment because of a mass brawl and our unlikely hero can be seen sitting on the floor, calmly consuming his pizza and clearly not giving a damn about the commotion.

This unknown man was in a restaurant during a 20-person brawl – but he just calmly ate his pizza. 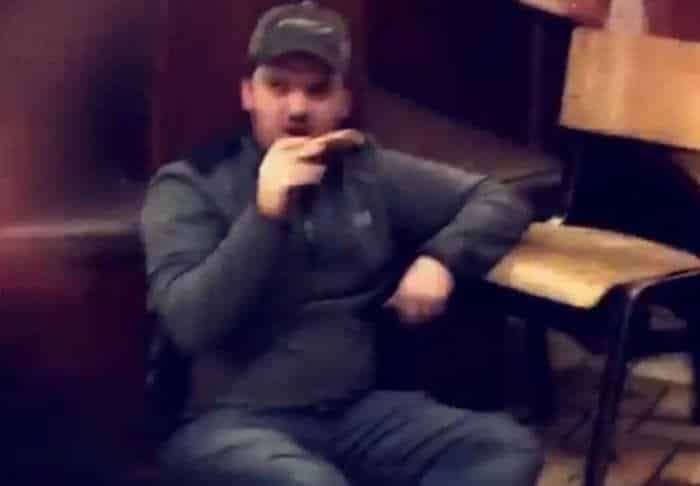 Without a doubt, this is a guy who has his life’s priorities set straight.

Probably a 20 person brawl last night and that pizza was his only concern. He might be my soulmate. pic.twitter.com/ZX259tMBGn

Since Autumn Collins uploaded the video on her Twitter account last April 24, it has already racked more than 2,400 retweets and 3,000 likes so far.

Eventually, Autumn asked the internet’s help to identify the guy who’s now been dubbed as Pizza Man by some netizens.

The task of finding her “soulmate” isn’t an easy one, however, since many people are either claiming they know him or are saying they are the guy. We can’t blame them though since, you know, Autumn looks smoking hot!

If you have any information about the mystery man’s identity, please feel free get in touch with Autumn. Her grandmother would surely appreciate it!