Oymyakon is unlike any village in the world. It is where students are still expected to attend class despite temperatures reaching -52 degrees Celsius. The remote Siberian village is deemed as the coldest – yet permanently habited – settlement in the planet.

Recently, its temperature has just reached -62 degrees Celsius. The cold is much stronger than ever. Not only is it gripping legs, it is also turning people’s eyelashes into icicles.

According to the official weather station, the “pole of cold” has recorded -59 degrees Celsius, though the town thermometer claimed a reading of -62 degrees Celsius. The device even stopped working as soon as it reached its painful mark. Locals even claim the temperature went as low as -68 degrees Celsius. Back in the 1920s and 1930s, the village was known to be a stopover for herders of reindeer. They used the place to water their flocks from the thermal spring.

The Soviet government wanted its nomadic population to put down roots. This resulted to making Oymyakon a permanent settlement.

The coldest village on Earth, Oymyakon, is actually permanently inhabited. 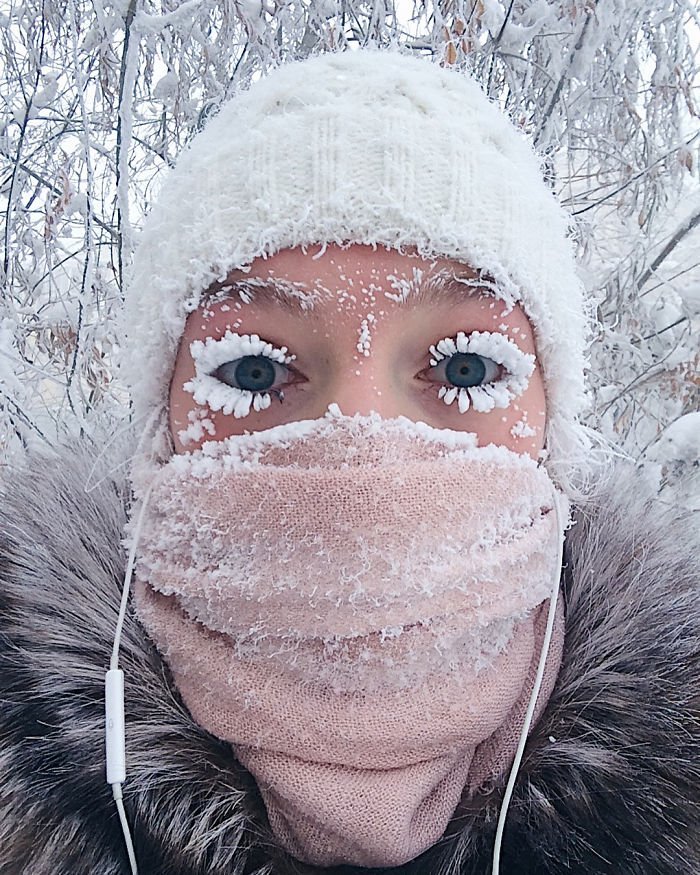 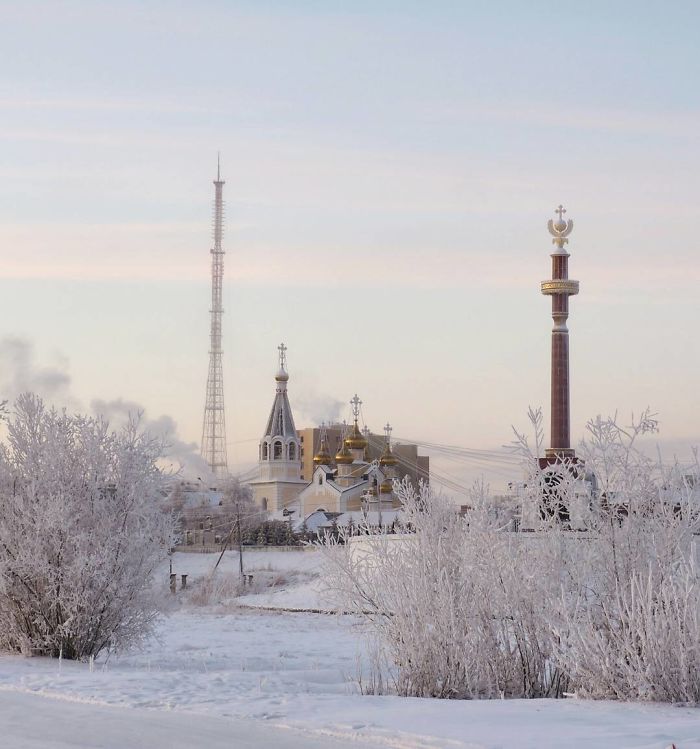 It is so cold that it actually has the potential to freeze a person’s eyeball. 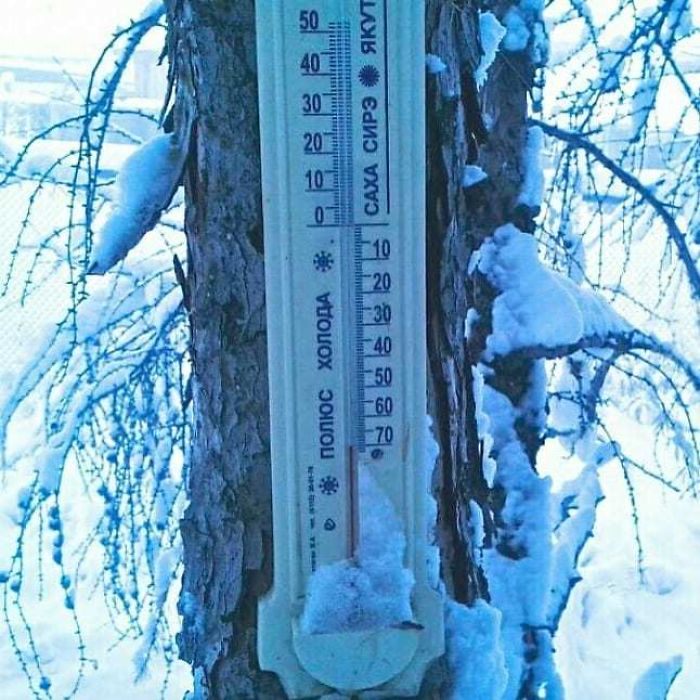 Still, students are expected to go to school. 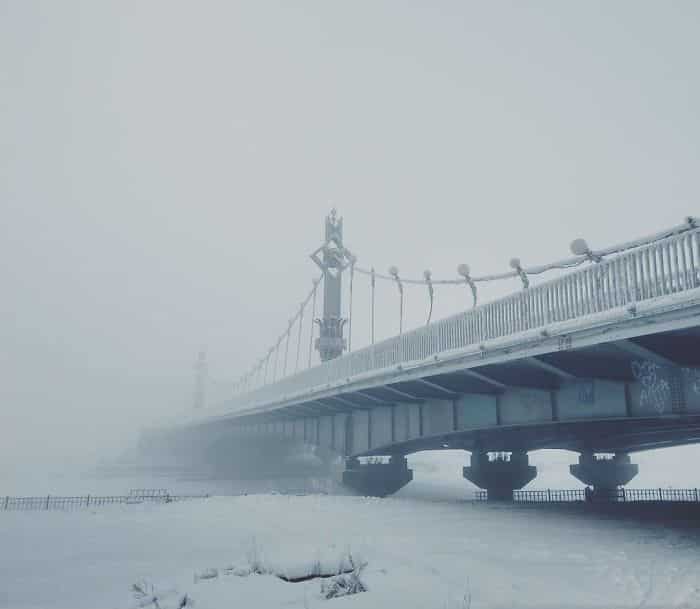 And employees have to go to work. 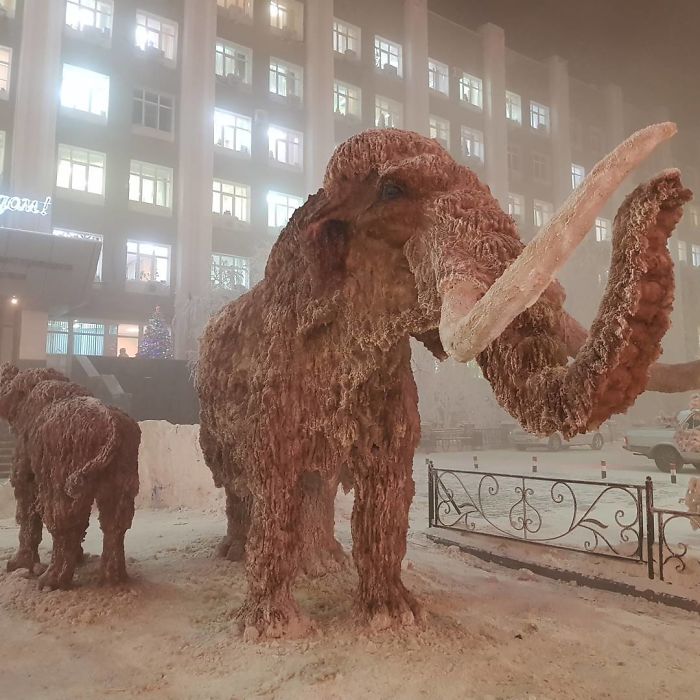 Here is what to expect when your drive there.

Luckily for street vendors, there is no need for them to refrigerate their fish. 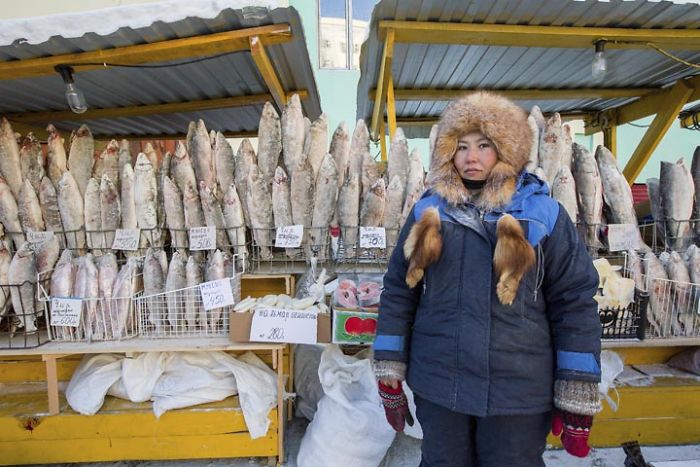 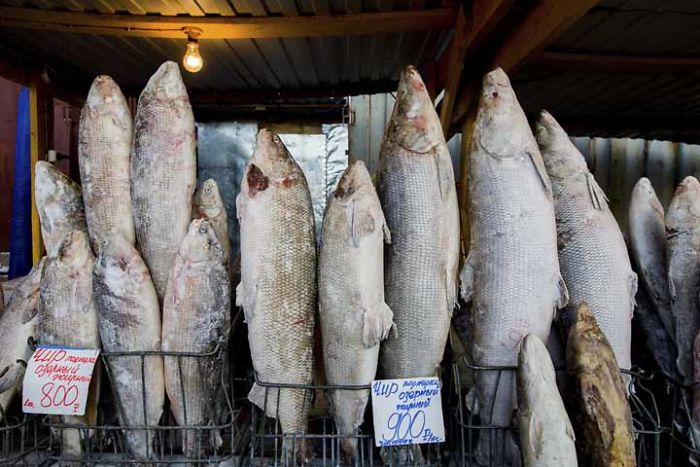 Some tourists there are just as crazy as the weather. 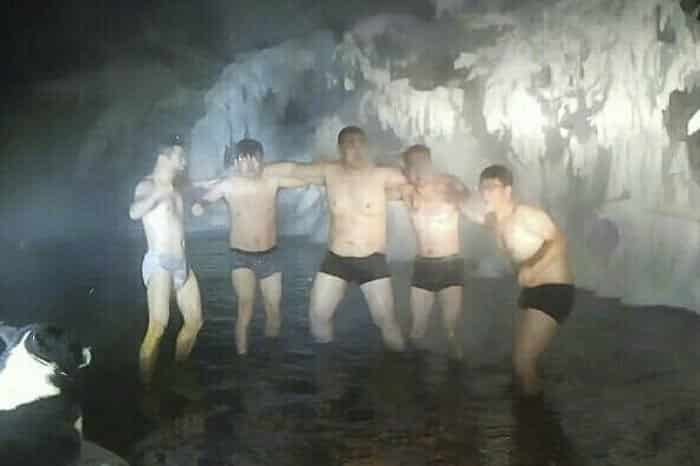 Instead of complaining, people use the cold to be creative. 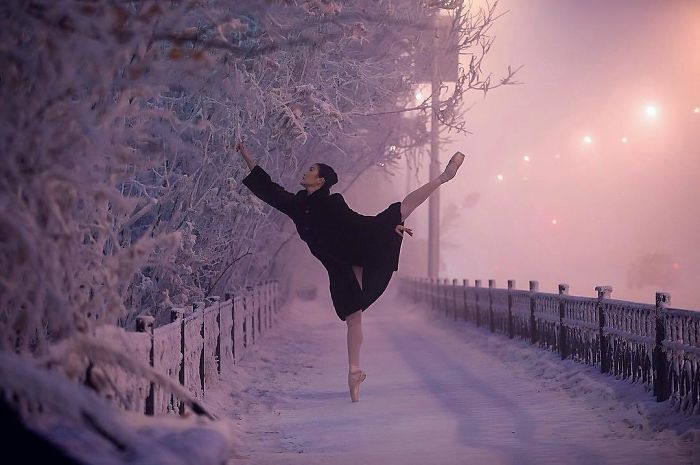 The village lies in Oymyakonsky District of the Sakha Republic, Russia. 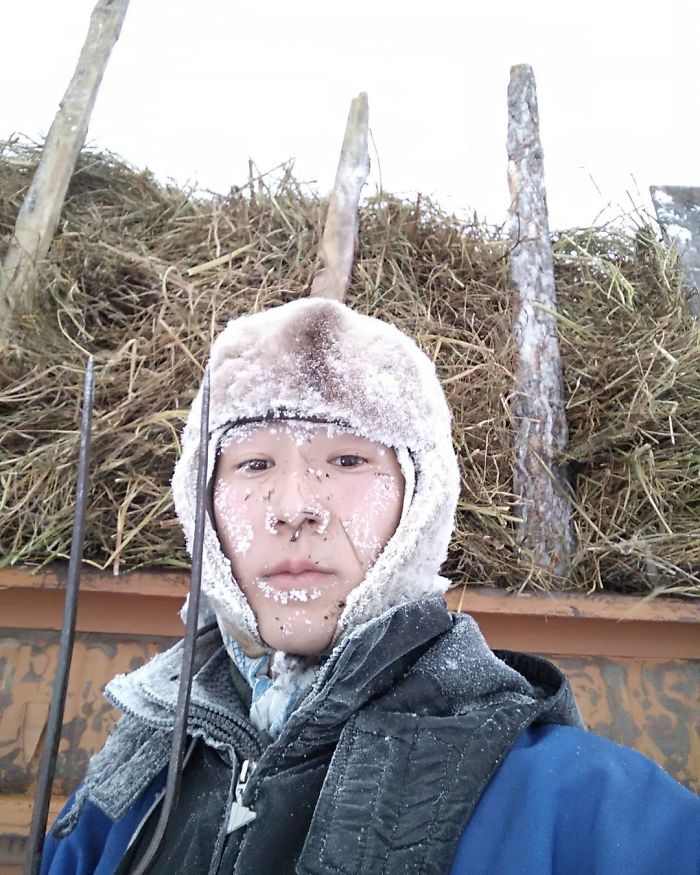 It is named after the Oymyakon River, whose name reportedly comes from the Even word kheium, meaning “unfrozen patch of water; place where fish spend the winter.” 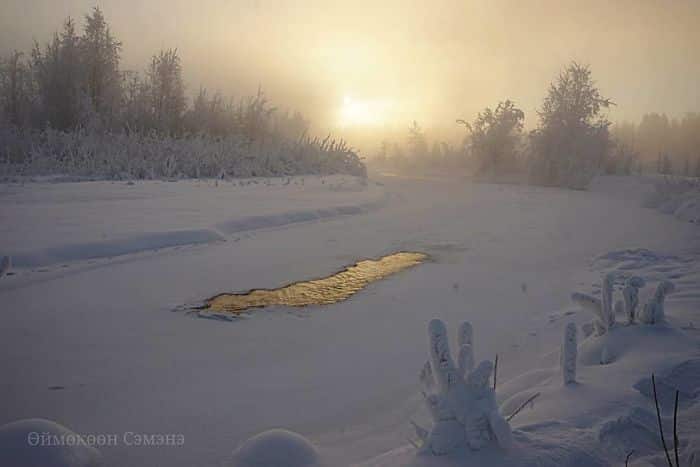 There are those who claim, however, that the Even word might mean “frozen lake.” 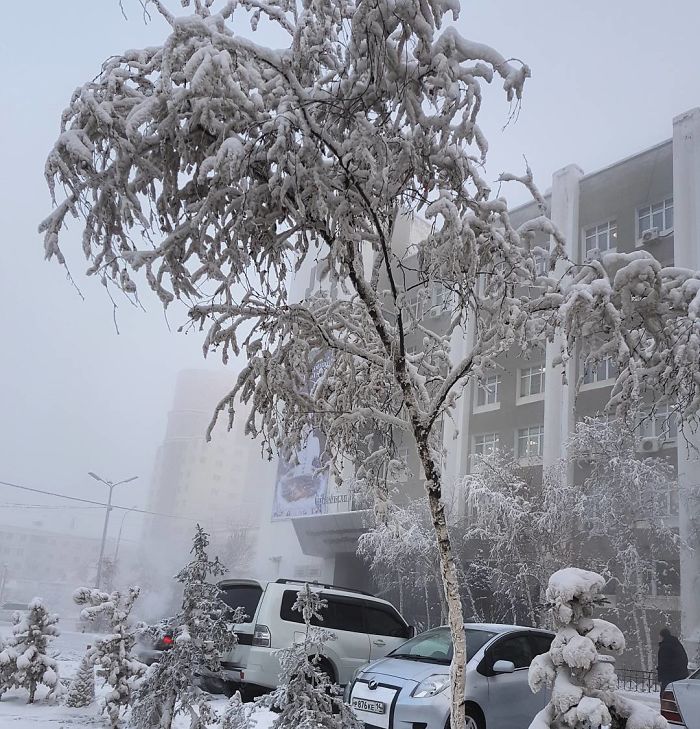 Well, either way, it is truly cold in the area. 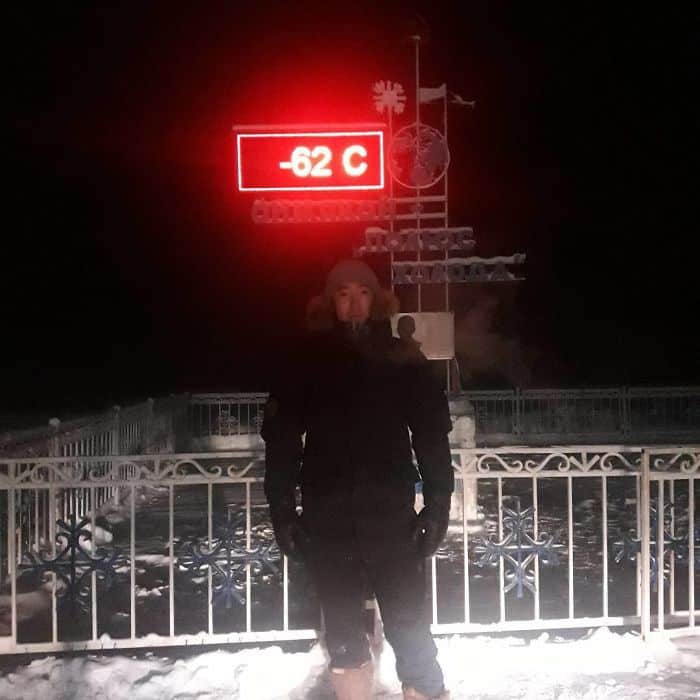 Interestingly, there around 500 people who live there. 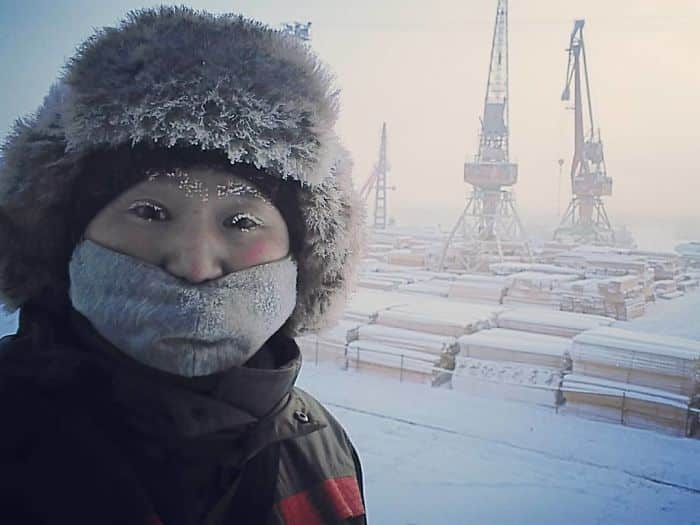 It stands around 750 meters above sea level. 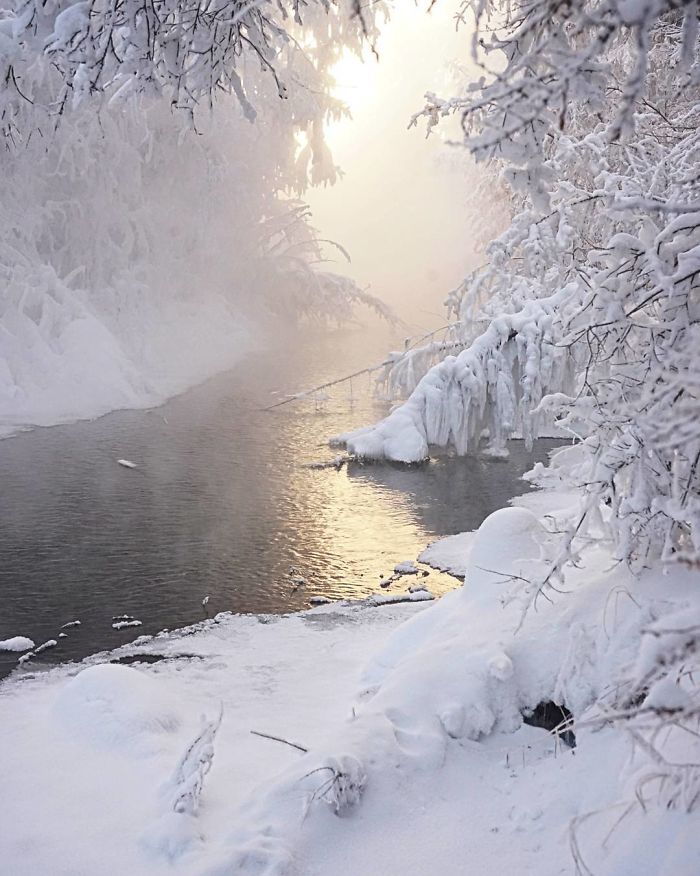 Brushing the snow off these creatures is a normal thing. 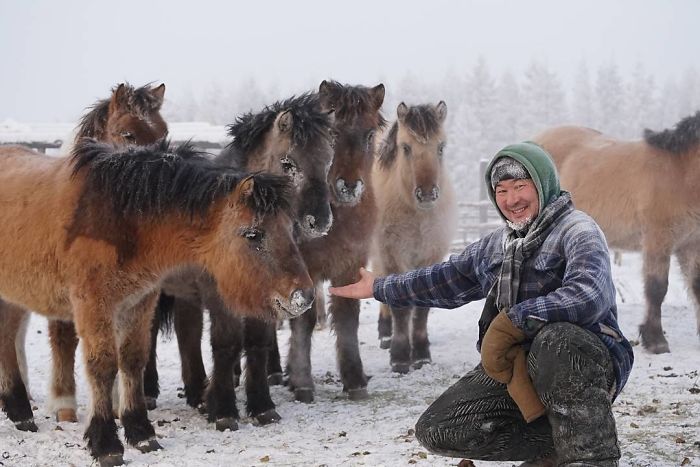 The village is nicknamed the Northern Pole of Cold. 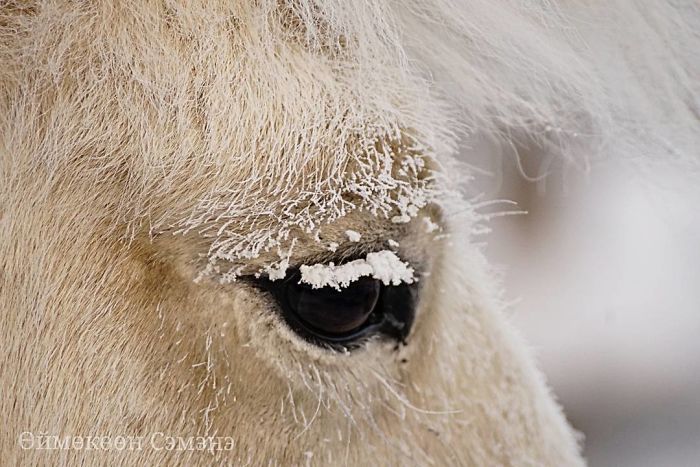 And mind you, the winter there is both long and extremely cold. 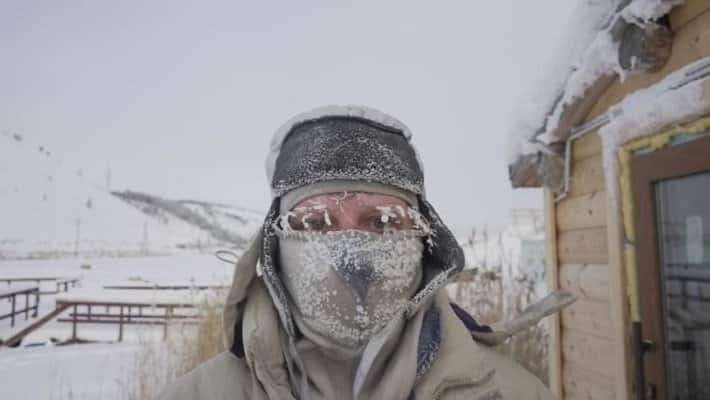 They have summer, too, actually. 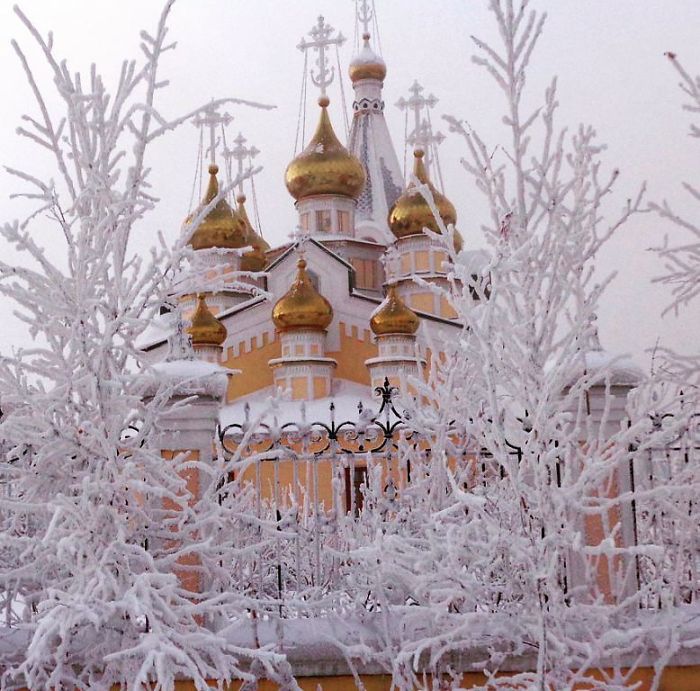 And it can also be extremely hot. 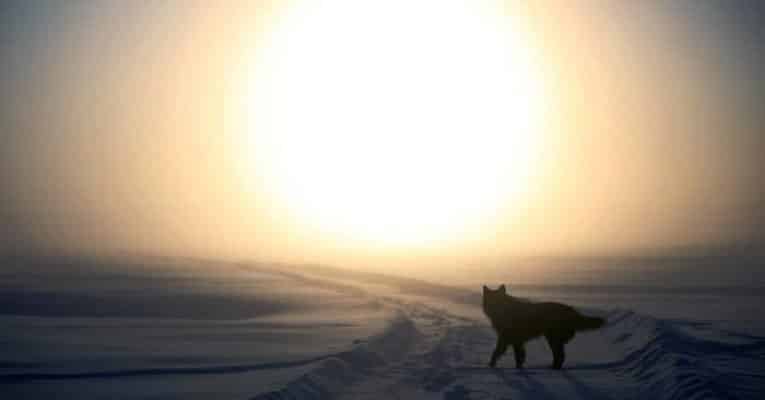 The village was originally a stoopover for reindeer herders. 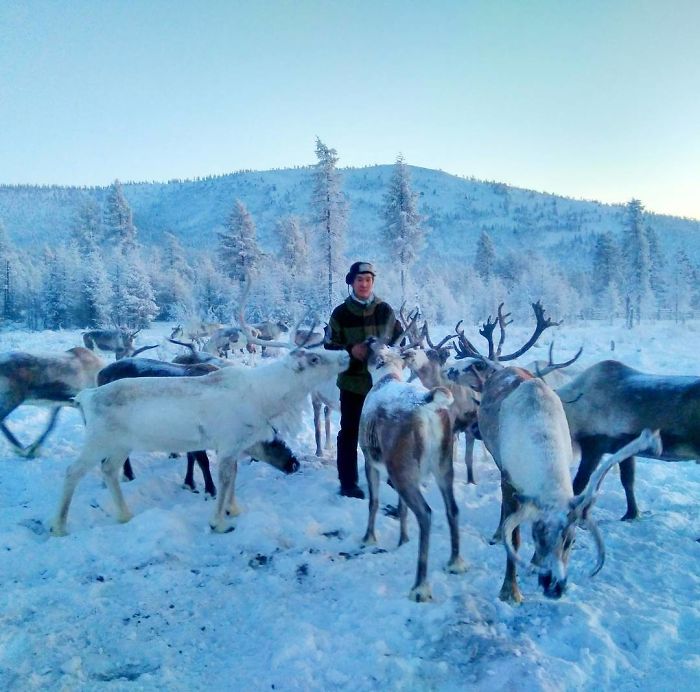 The Soviet government, later on, transformed it to a permanent settlement. 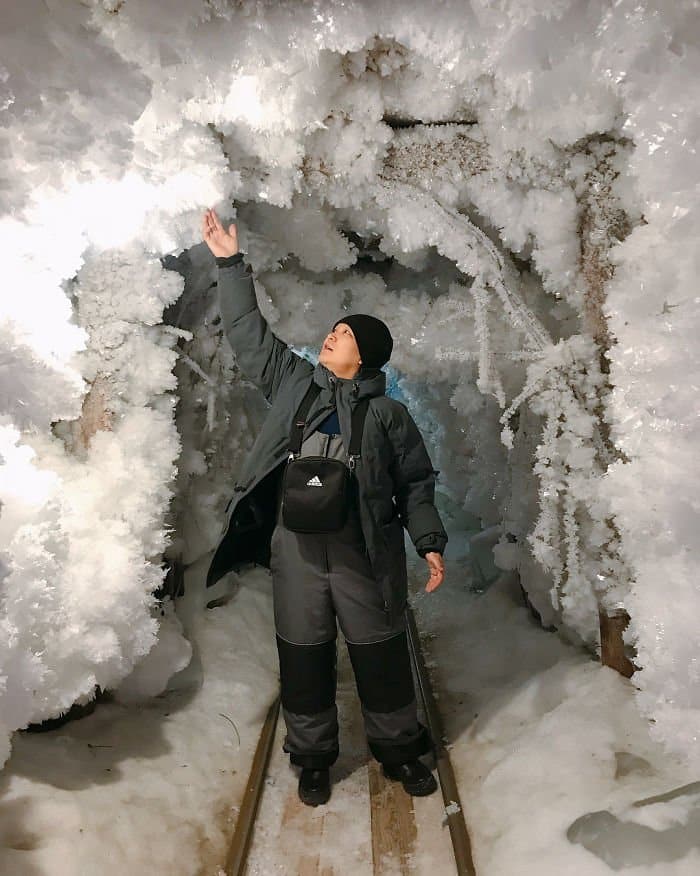 At night, the cold seems to make the village look like a Winter Wonderland. 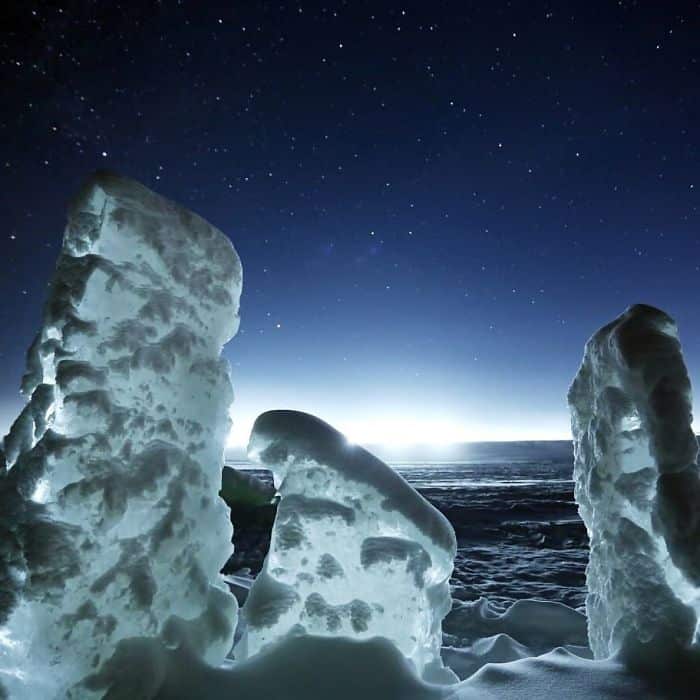 It also has some beautiful sights to offer. 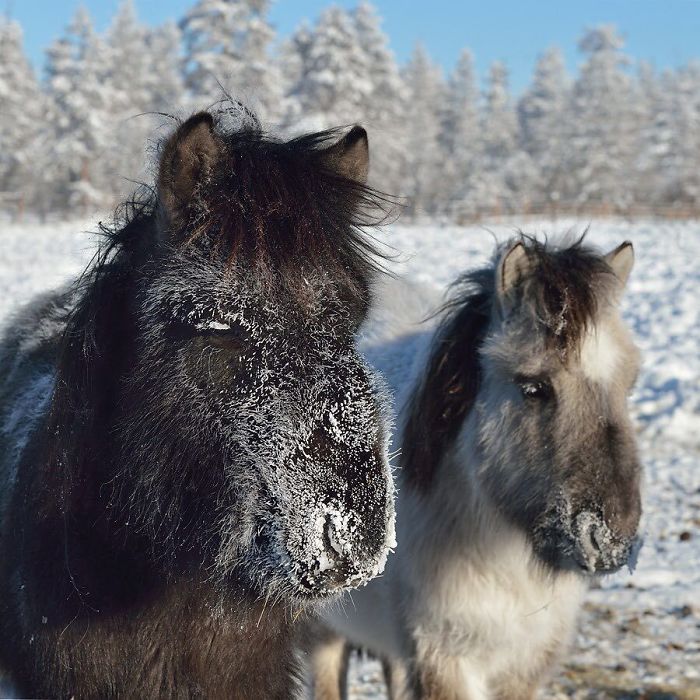 And lovely women, too! 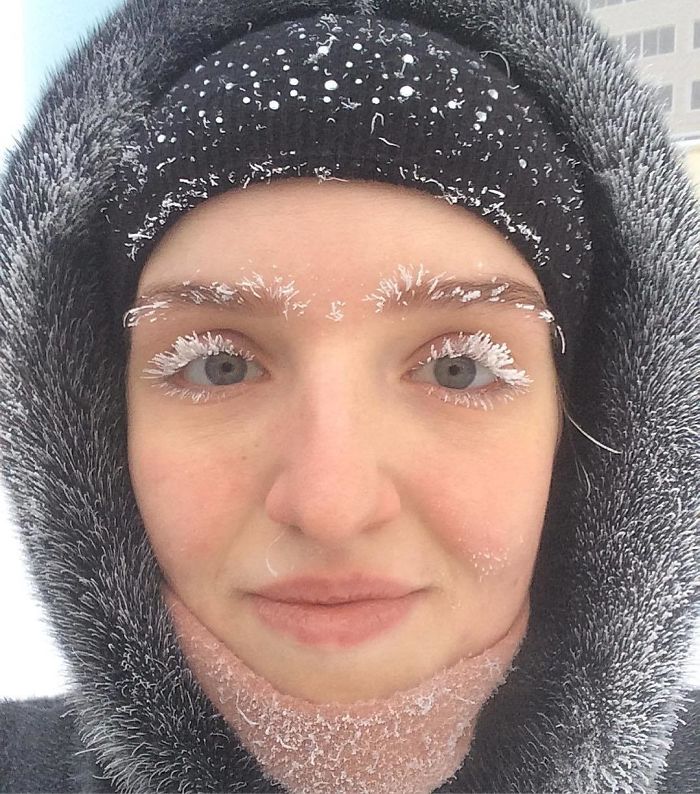 In Oymyakon, the day length greatly varies from 3 hours in December to twenty-one hours in June. 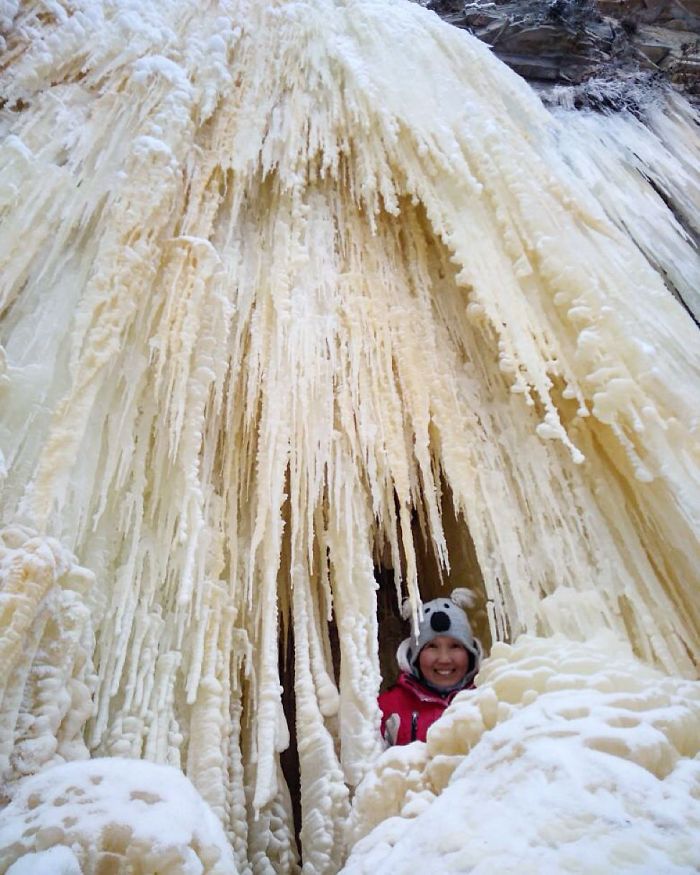 That is why you have to be quick if you intend to go sightseeing. 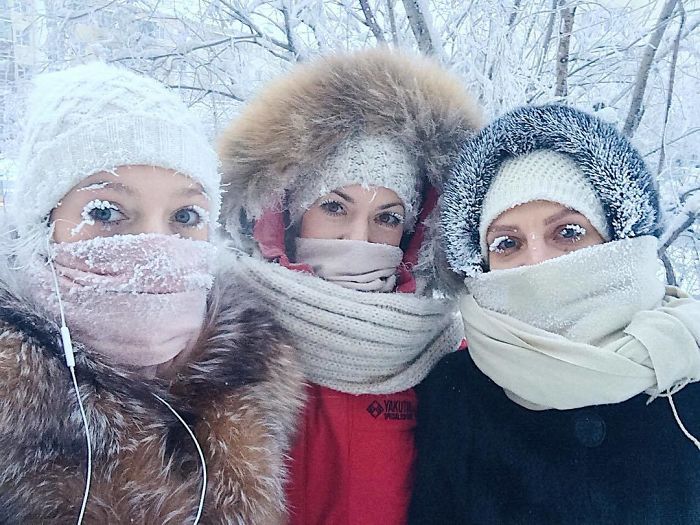 What do you think about the coldest village on Earth? If given the opportunity, would you pay it a visit? Let us know in the comments below!