Sometimes, it’s amazing how a simple question sparks the most interesting answers. Take for example this thread on Reddit that asked ladies to share their “worst ‘nice guy’ experiences” which eventually took an unexpected twist when one user posted a feel good story.

According to the said post, Reddit user ThrowAwayForPancakes overheard a guy and a girl on a restaurant date and felt disturbed by the whole thing. Why? Well, the guy, it turns out, was pretty much of a douchebag and was threatening her in very wrong ways.

The Redditor wanted to confront the guy but fortunately, an off duty cop decided to do something about the situation. 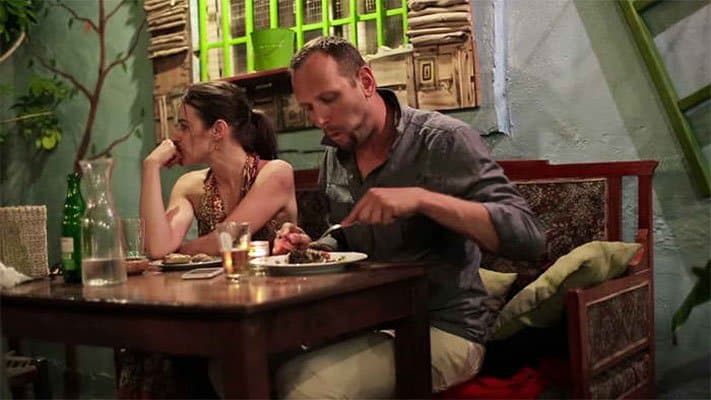 What happened next was absolutely awesome as the police officer taught the guy a lesson he probably wouldn’t forget.

Read the entire story below: 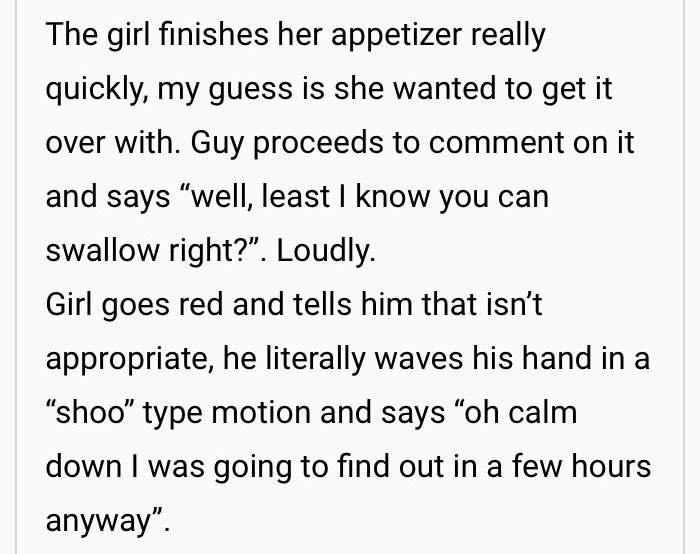 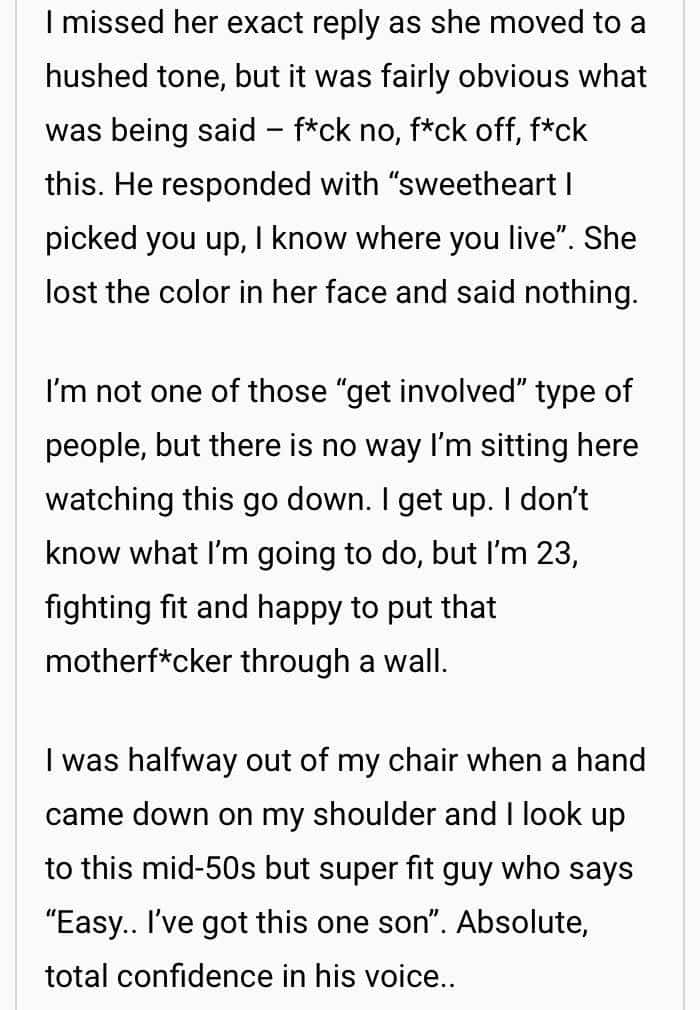 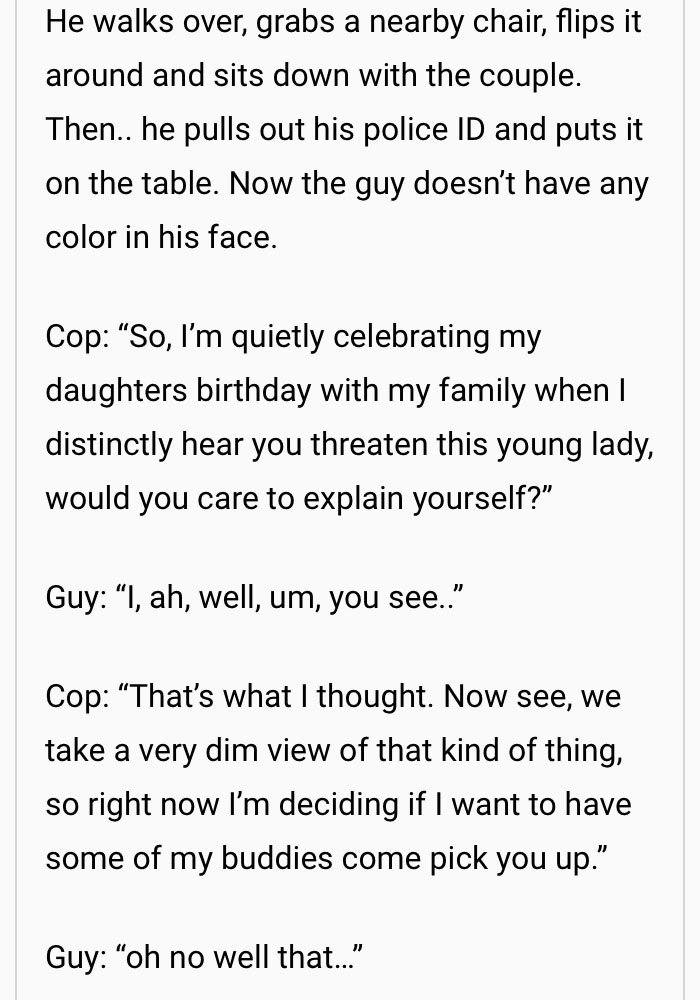 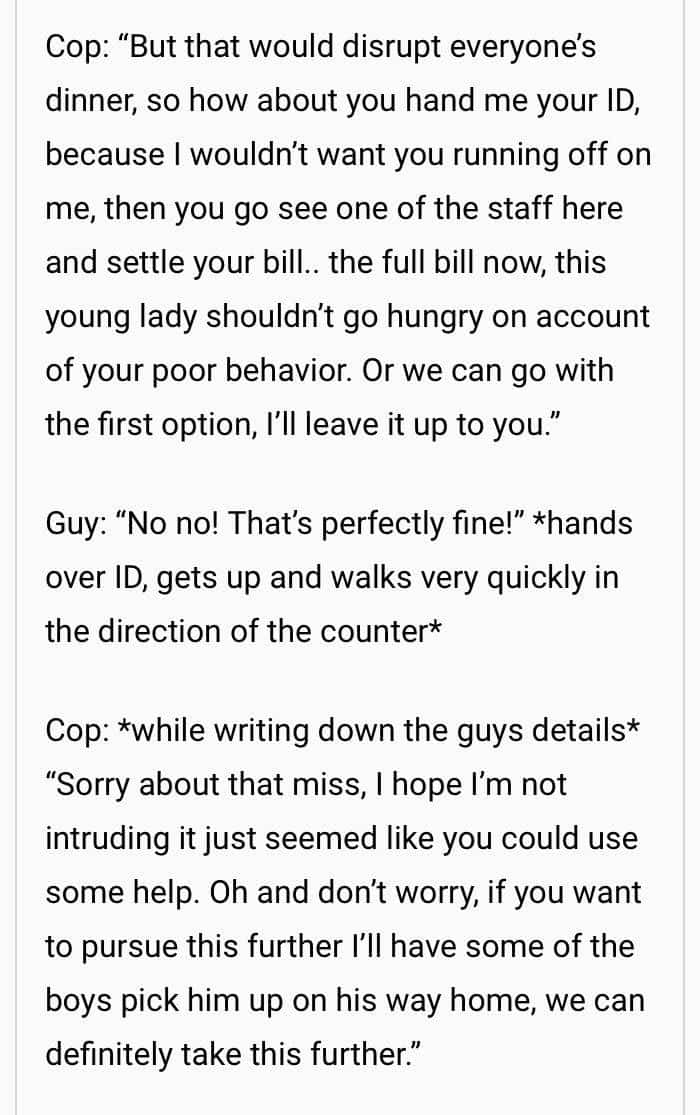 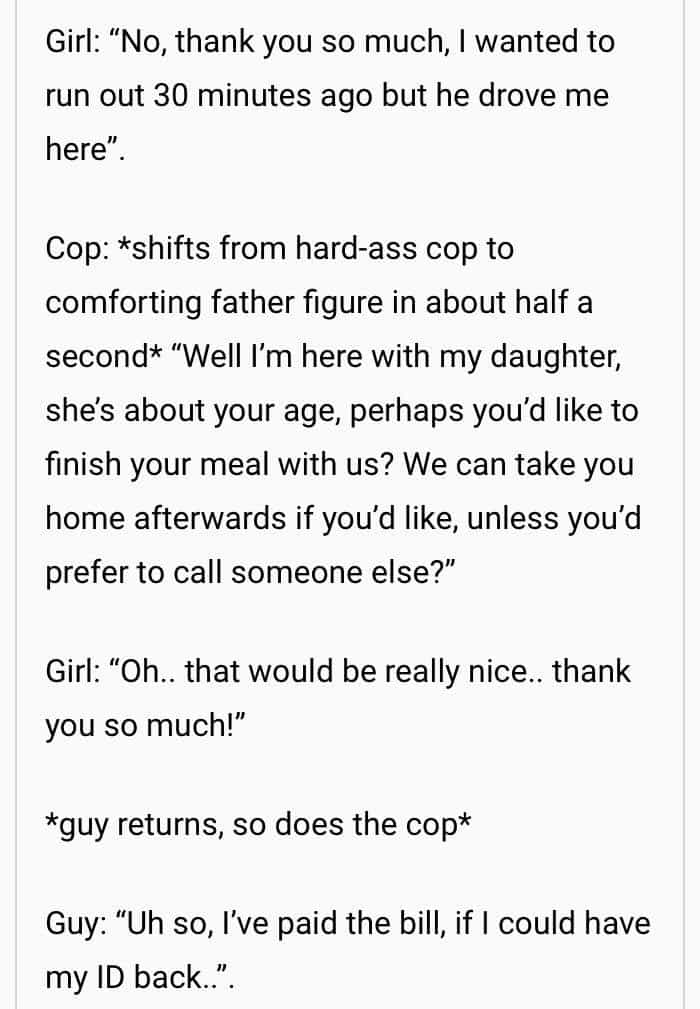 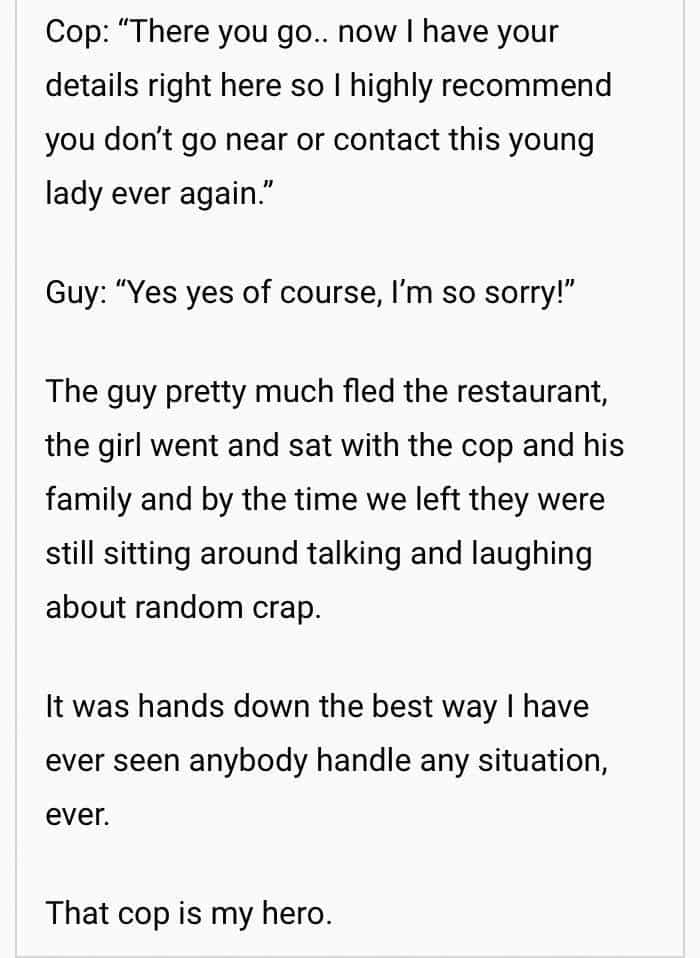 Naturally, netizens who read the story were all praises for the cop and hailed him as a hero.

He’s exactly what a cop should be. 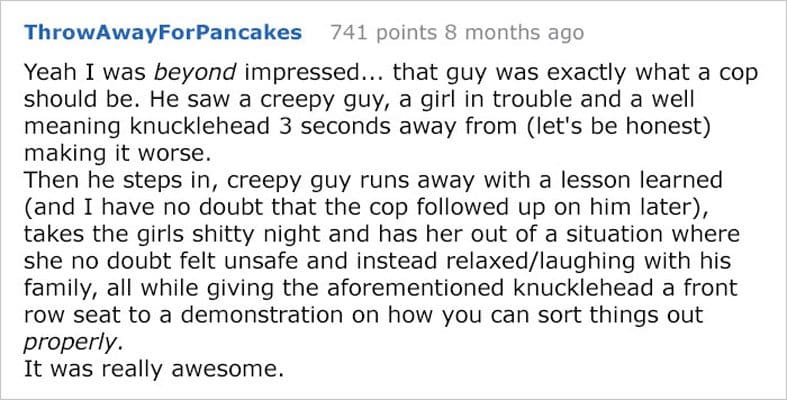 “Being a girl, this (story) makes me happy!”

Someone even compared the police officer to the Dark Knight himself.

The unexpected plot twist totally made the story great.

Of course, people also praised ThrowAwayForPancakes for being ready to lend a hand.

The post eventually went viral and has since been picked up by BoredPanda and other websites. Eventually, it opened up an important discussion about how people should or should not intervene when they overhear a similar situation, for example.

Is it appropriate to step up or would it be better to call the police and let them handle the matter? Not everyone can be as lucky as this girl who had a concerned stranger and an off-duty cop at her side.

Anyway, how would you react, folks, if you ever encounter something like this? Let us know in the comment section below!