What Odin Camus, a 13-year-old kid with Asperger syndrome, wanted for his birthday was something simple: for his 15 friends to celebrate with him at a bowling alley.

However, after handing out invitations to his friends, no one seemed to be interested to celebrate with him.

His mother, Melissa, didn’t want to let her son down on his special day. So she decided to get help from local moms in Ontorio Canada. Through an event she created on Facebook, Melissa was able to make Odin feel extra special by asking her friends to text him “happy birthday” .

Melissa’s request was quickly granted and in no time

Odin received 5,000 birthday greetings on his new mobile phone given by his mom. 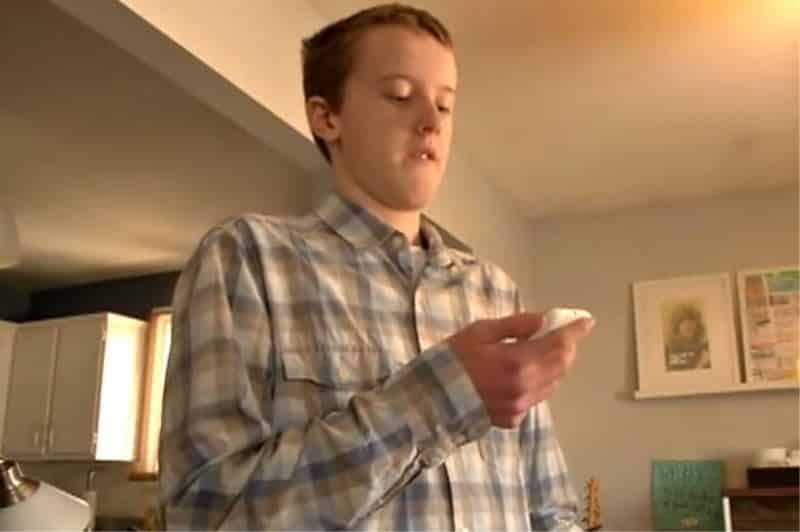 Of course, Odin’s story reached Twitter and captured the interest of many kind-hearted users. The hashtag #OdinBirthday became a trending topic worldwide!

Carrie Underwood, Elijah Wood, and the whole basketball team Toronto Raptors were among those who sent 11,000 birthday greetings to join Odin on Twitter.

Hundreds of Odin’s supporters flocked to Lakeview Bowl in Peterborough, Ontario join Odin on his bowling party on Friday night. He even got to ride a limousine rented by a guest for him!

#Ptbo is throwing one heck of a birthday party for #odinbirthday right now, eh. (pic via @CWalker1015) pic.twitter.com/ybcjbBoknJ

What a night! Awesome turnout for an amazing guy. #odinbirthday pic.twitter.com/EbwgeFHMJa

A little girl made this cake and dropped it off! @Ptbo_Canada Is the best city in the world!! ❤️ #odinbirthday pic.twitter.com/iIzHLE9mu1

.@pmharper and I are wishing Odin a wonderful 13th birthday- we hope you had a great party. #odinbirthday

Indeed, it was an awesome night for the teenager who told The Inquistr: “Wow, it’s amazing to know how much people care. It makes me feel amazing.”