With all the many stories we hear about cheating girlfriends or boyfriends, a young Louisiana couple proved that strong love still exists these days and that age is not even a requirement in having a sweet relationship.

Case in point, who would have thought that a “puppy love” can be so heartbreaking for these nine-year-olds who needed to say their goodbyes after seven years of being close to each other? Merce Meynardie and his so-called girlfriend, Mylee, hugged for the last time as the former’s family needed to leave Louisiana for California.

From East to West, Merce’s father is about to start a new job which required the family to flee their long time residence in Louisiana. However, behind the gift of a supposedly better life in a new state are tears shed by the inseparable Merce and Mylee who were even in their matching checkered tops when they parted ways.

Merce and Mylee's tearful goodbye captured the attention of many netizens. 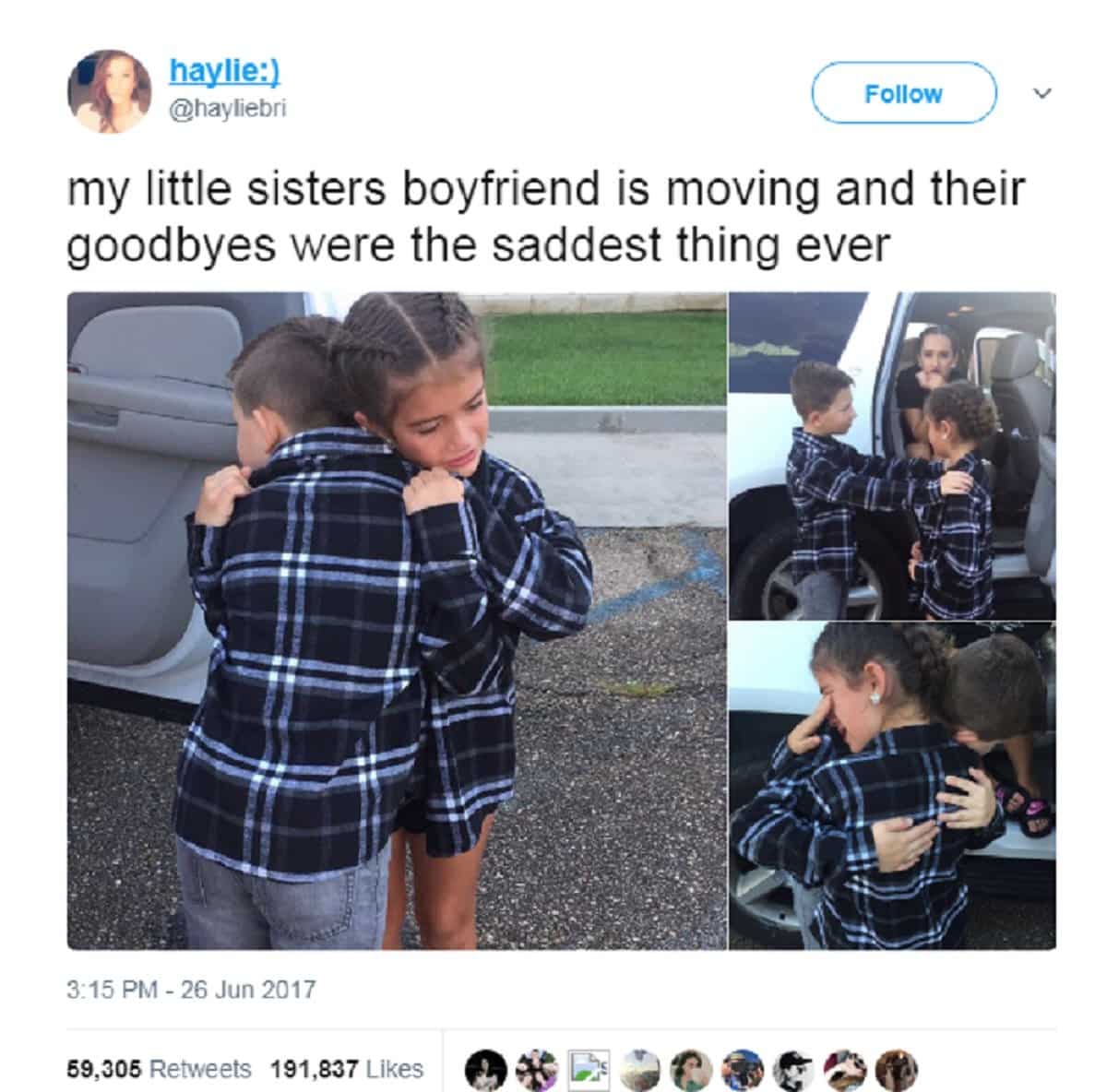 Their parting scene, which happened after the duo’s dance recital, was captured by Mylee’s sister, Haylie. She later posted the clips on Twitter and since made the young kids social media celebrities. The tweet easily went viral and was shared by thousands of netizens.

It was also shared that a tearful Mylee said:

“My life is over. I’m supposed to marry Merce. How am I going to marry him if he is in California?”

“They have always said they were boyfriend and girlfriend for as long as I can remember.”

The inseparable Mylee and Merce… 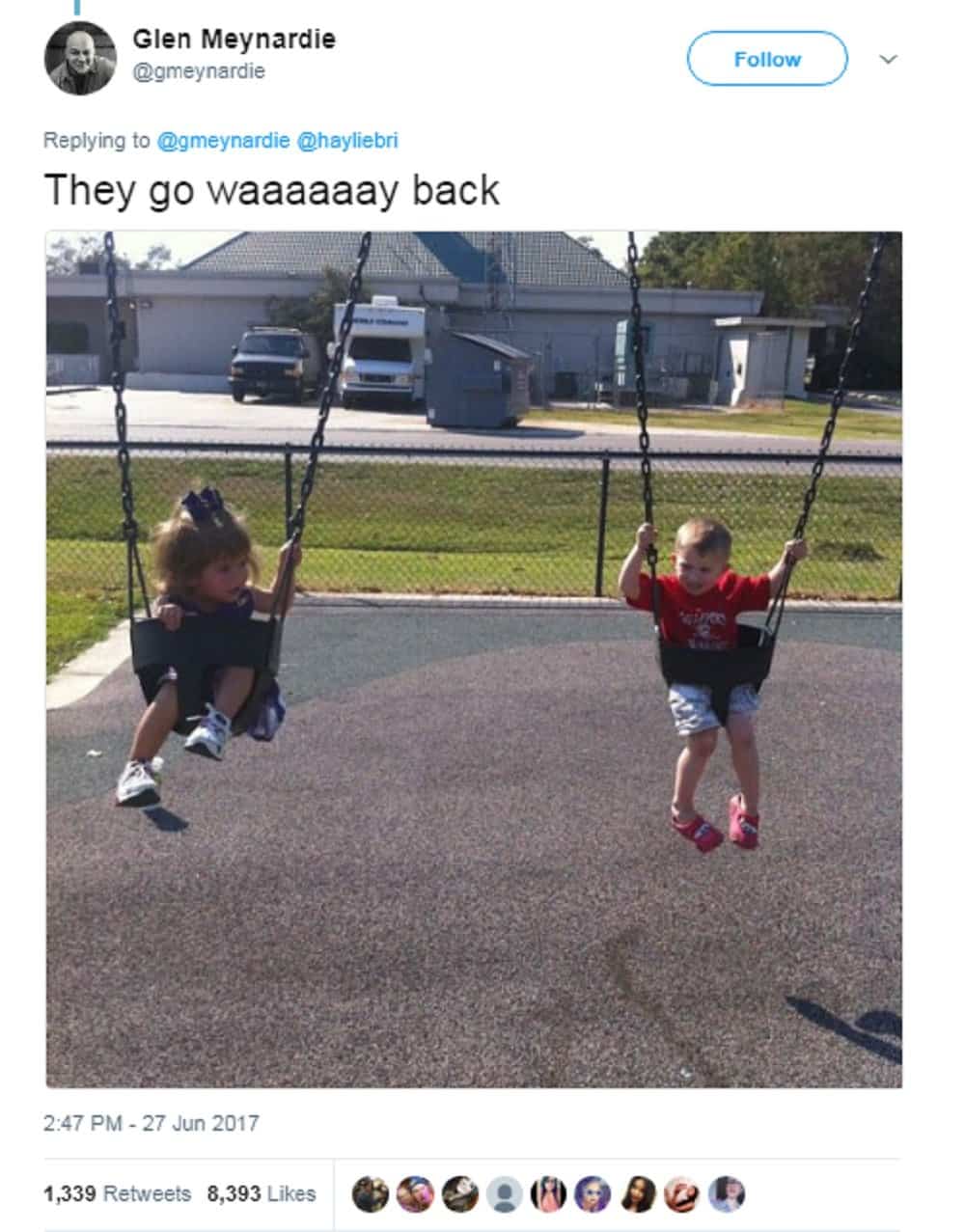 The young kids were revealed to first meet when they were only two as they attended a dance class together. Although the kids were never allowed to actually date, Merce and Mylee showed signs of romantic love in their tight friendship which had people labeling them as “boyfriend and girlfriend.” Glen also testified to how close the children was as they have a tradition of greeting each other with a hug before their classes and even used to hold hands at dance competitions.

Numerous netizens empathized with Merce and Mylee as they parted ways. 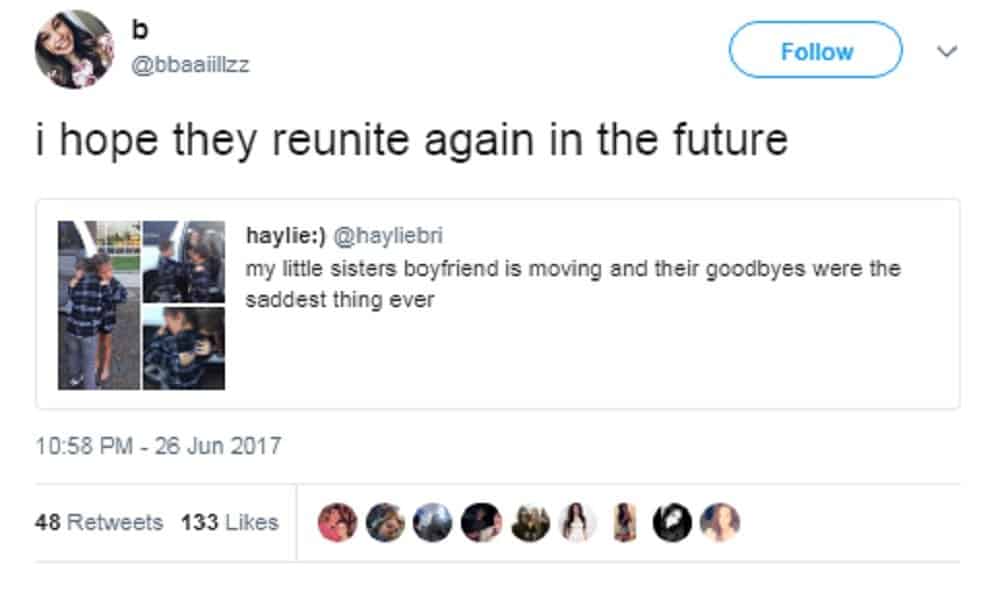 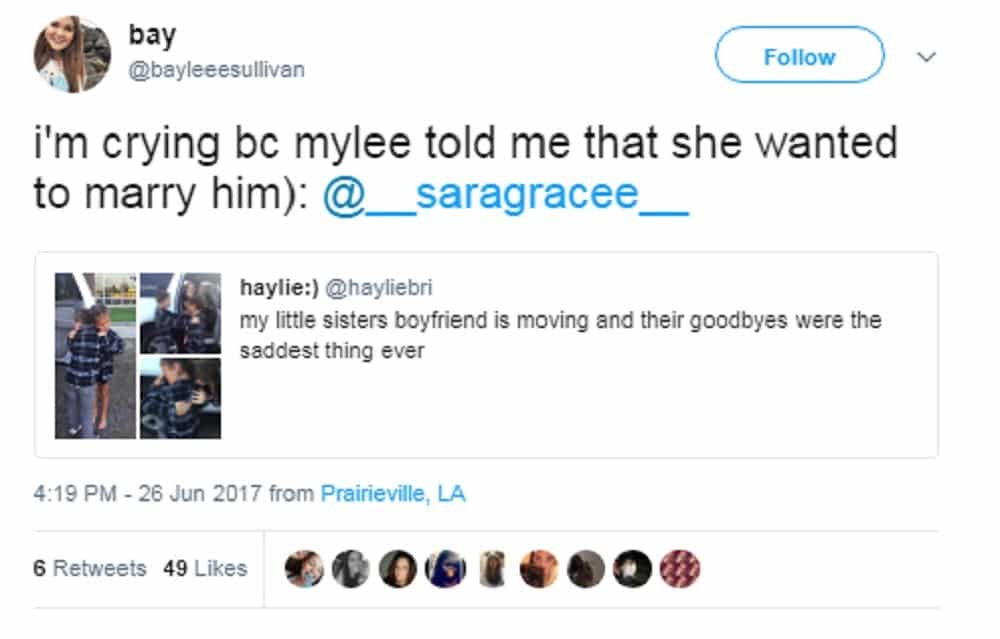 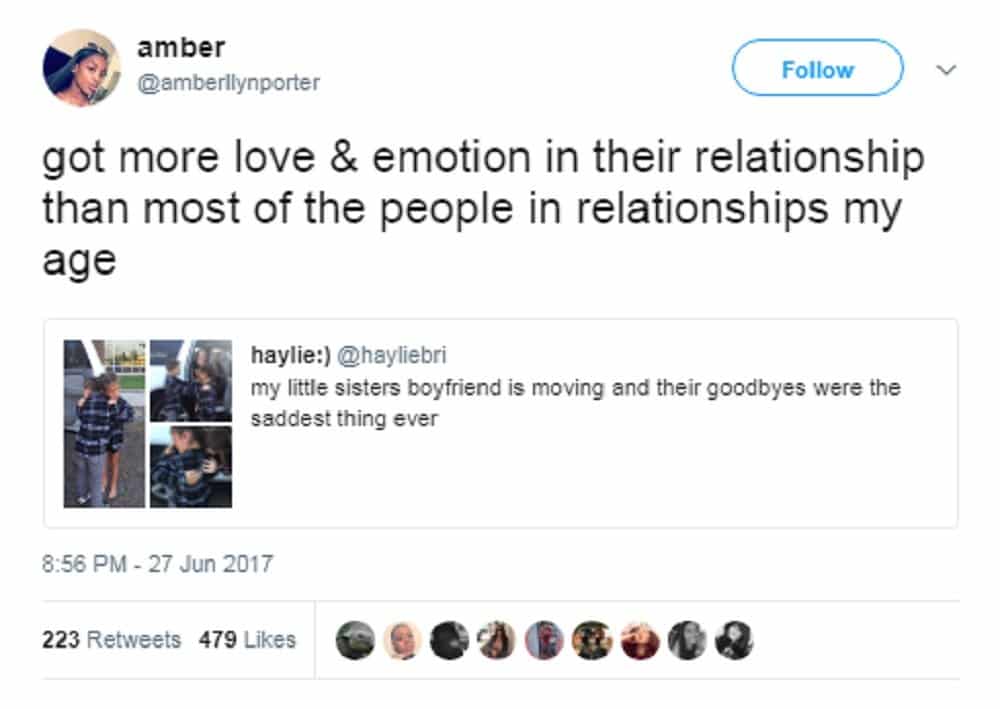 With the “ideal” bond that Merce and Mylee professed, people from social media are already rooting for the two to become a married couple when they reach the right age. Some are hopeful that they will see again in a couple of years after crossing 20,000 miles across the country and continue the romance they share with each other.