I recently came across this infographic shared by Top Speed, a respected car website, and it’s really, really interesting.

This one is based on the data gathered from Google search users across the world and it’s all about – you guessed it – cars.

In the map posted below, you will see the world’s most famous car brands based on Google searches by users. The data was taken from searches performed over a 12-month period, specifically from April 2014 to March 2015, and it gives us several intriguing facts.

According to Google, these are the most searched car brands across the world. 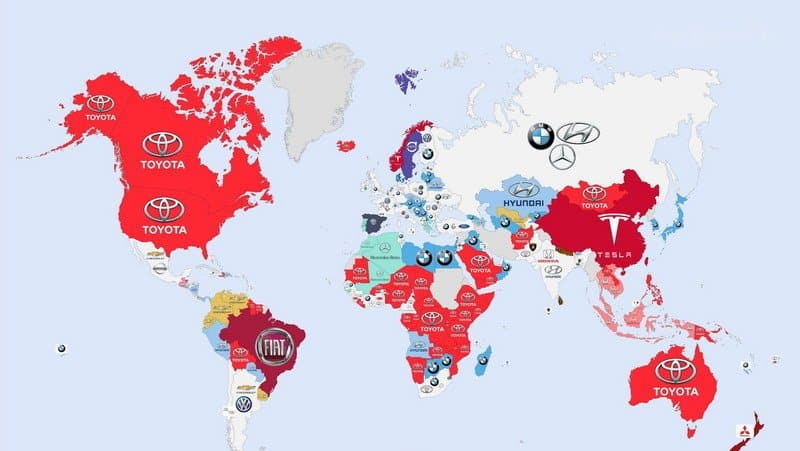 Of course, Top Speed was quick to note that “most searched doesn’t necessarily mean most sold” since some top car brands in these results aren’t exactly always the best-selling ones in their respective areas. For example, China would have a lot of Tesla owners if that was true but that’s definitely not the case. 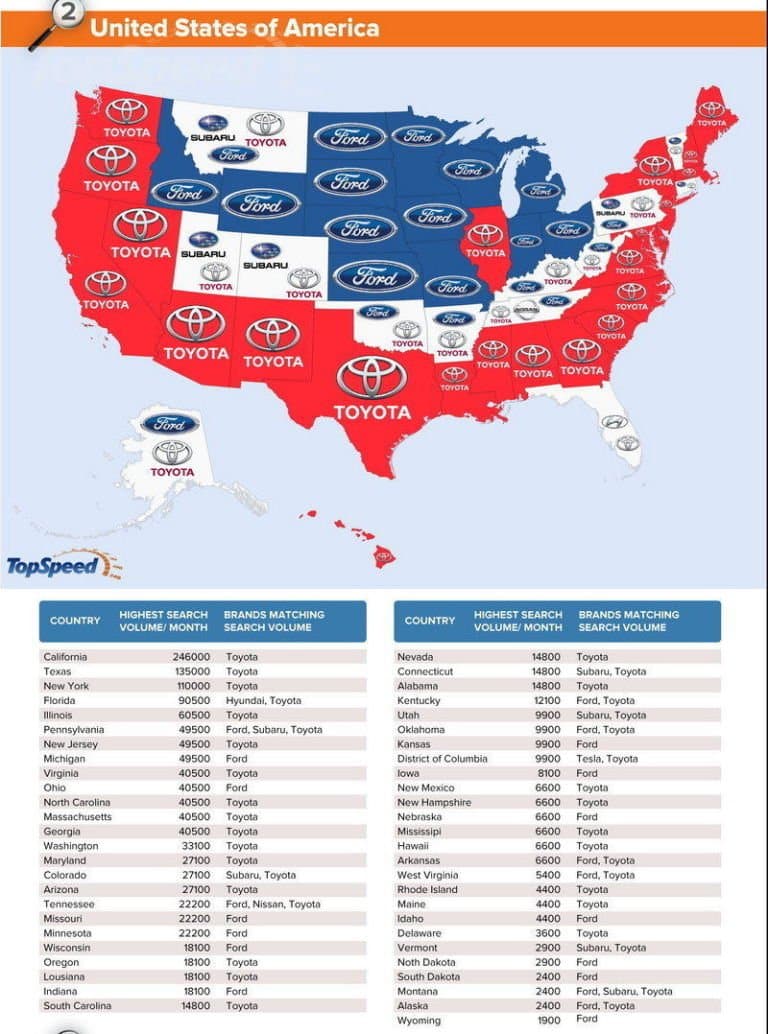 In the United States, Google searches are mostly dominated by Japanese automotive manufacturer Toyota. California has the highest search volume per month with 246,000 while Wyoming ranks as the lowest at 1,900. 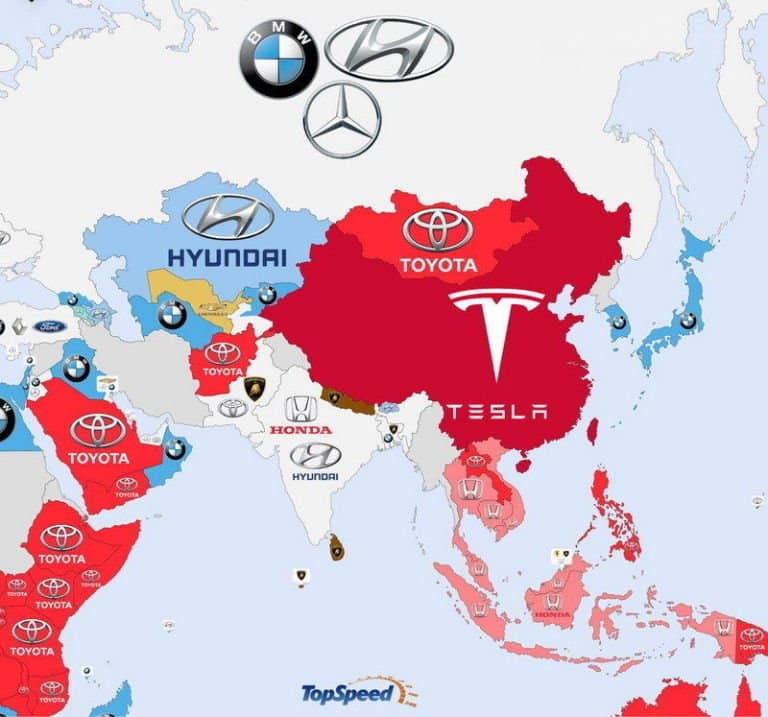 In Africa, Google users are searching for Toyota, Mercedes-Benz and BMW. 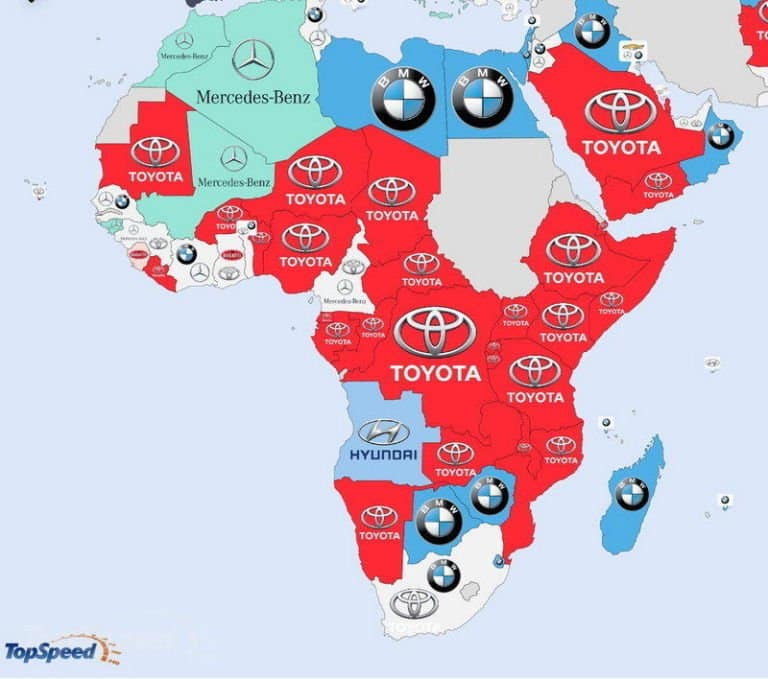 Although Toyota is also the most-searched manufacturer in Africa, you’ll notice a considerable number of Mercedes-Benz and BMW searches in other parts of the continent.

What do you think of this infographic, petrolheads? Did your favorite car brand top in your area or not? Go share your thoughts in the comment section.