If there’s one thing that former UFC star Brandon Vera hates so much, it’s people who don’t respect the environment. The current OneFC heavyweight champion posted a video on his Facebook page showing him and a group of friends rescue a sea turtle. The 39-year-old MMA fighter then called out to people who don’t have an ounce of respect for the environment. He even warned them he’ll kick these people in their faces if they won’t stop what they’re doing.

Vera recently posted the video on his page which showed him and his girlfriend, Nenja, saving a turtle and freeing it from the plastic that it got caught in. Vera and the rest of his group were on a beach in Tagkayawan, Quezon in the Philippines.

The poor sea creature got tangled in fishing nets and even plastic and appears to be struggling to move. While his girlfriend was holding the turtle in place, Vera then slowly cut the fishing nets with his pocket knife. The animal was put back in the water and swam away real fast.

Brandon Vera and his group found a sea turtle that got caught in plastic and fishing nets. 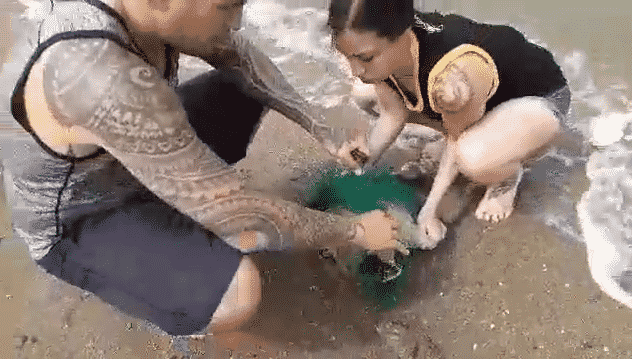 While his girlfriend was holding the turtle, Vera cut off the fishing net and removed the plastic to set the turtle free. 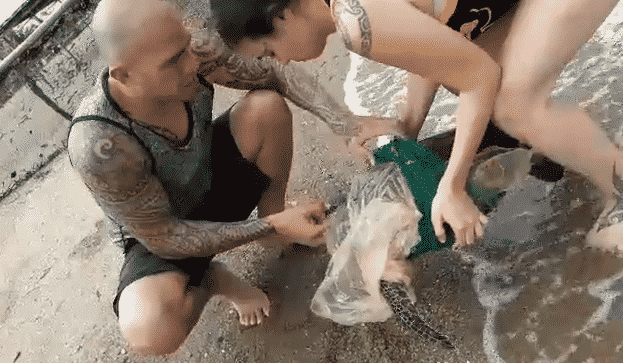 The former UFC star then called out to people who keep littering, warning them he’d kick them in the face if they won’t stop. 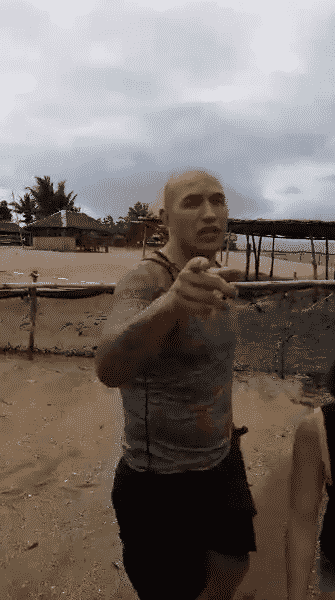 But that was not the only problem Vera pointed out on his Facebook post. The mixed martial artist wrote that dynamite fishing is prevalent in the area, he was just not sure if the illegal fishing method is practiced by the locals or by people from other provinces. Vera, however, is dead serious about finding out the truth.

“No matter how you look at it, whomever they are, are just being f****** lazy,” he wrote. Vera added that fishing requires hard work, but some people just do not care about the consequences of illegal fishing methods.

Vera is now asking for help from his fans to spread awareness of the problem of littering and dynamite fishing.