What’s the best solution in a town where cars park illegally all the time? Maybe the answer is a tank!

Take it from Vilnius mayor Arturas Zuokas who did exactly. As you may have seen on a video that’s recently been making rounds on social media, this badass of a mayor rode an armored vehicle and crushed a Mercedes S-class becase it was parked in the bicycle lane.

According to Zuokas, illegal parking has always been a big problem in the Lithuanian capital. 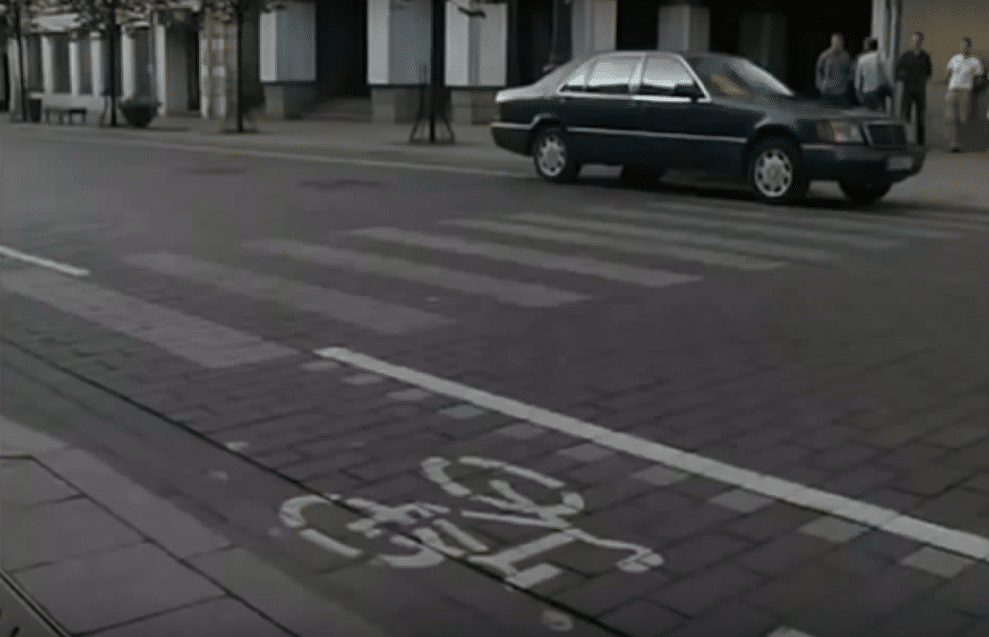 So he came up with an out-of-the-box idea. 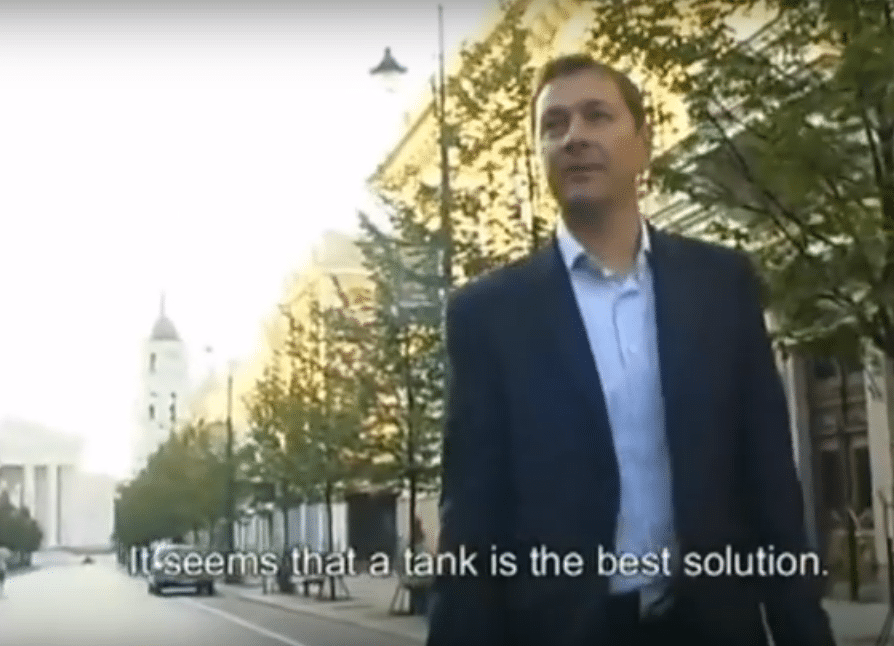 What a total badass! 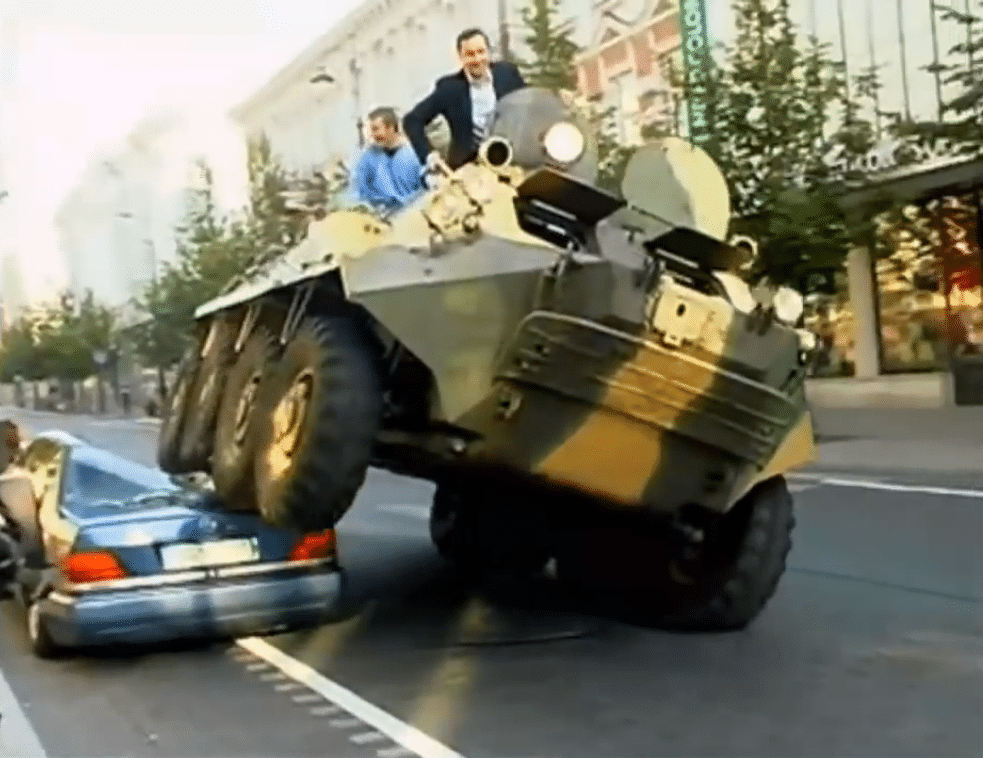 Zuokas hopes his stunt will serve as a lesson for everyone in the town.

As seen on the clip, expensive cars such as Ferraris and Rolls Royces are often found parked in the cycle lanes.

Meanwhile, the ‘owner’ of the crushed Mercedes was, of course, left in shock when he discovered what happened to his vehicle. 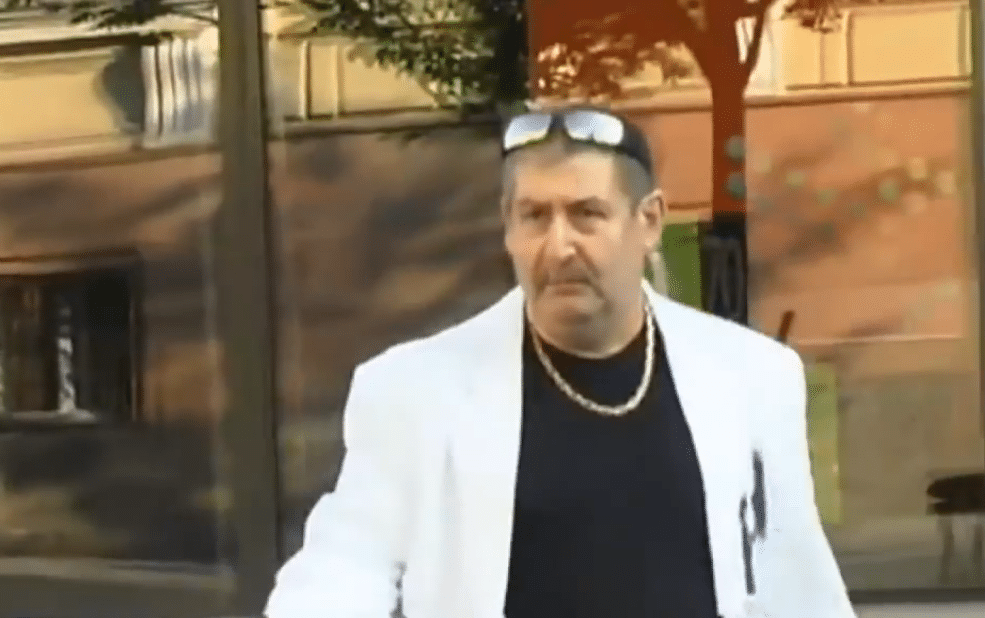 The car was later “towed away and destroyed,” according to a report.

Zuokas shook his hand and told him to park properly next time. 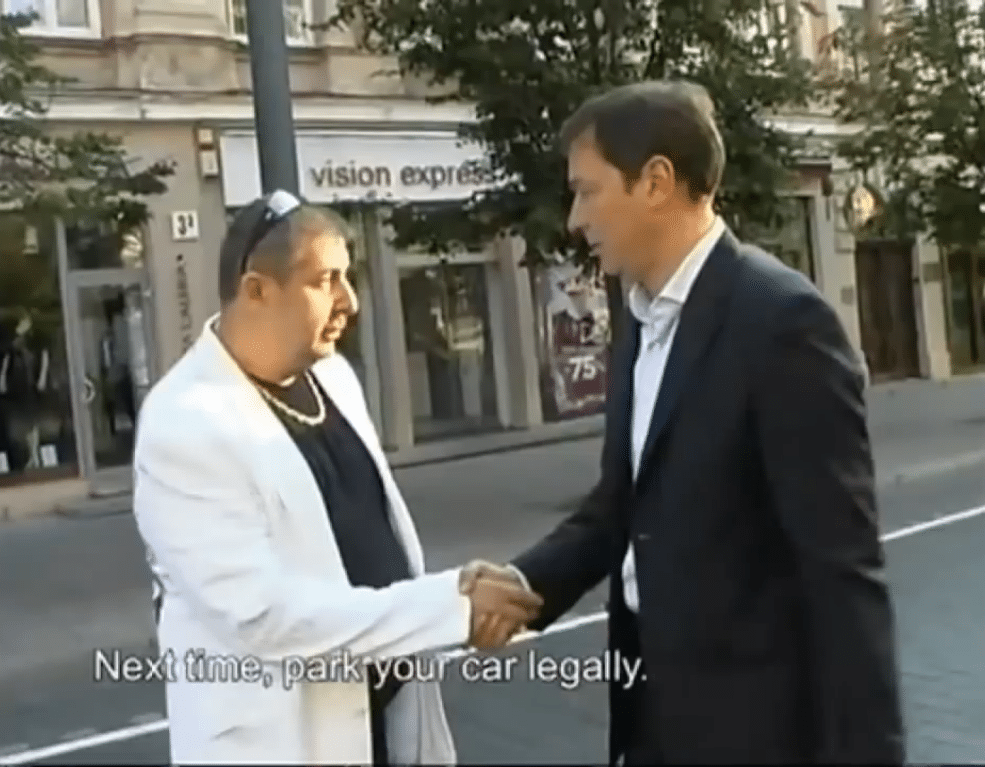 Although the video only went viral recently, the Daily Mail tells us it’s been around since 2011. Additionally, the website also reveals that the act was actually a “dramatic scene set-up by the leader, to underline how keen he is to crush illegal parking.” So the video was filmed and released by officials to warn people about the rampant problem of illegal parking.

“It shows a lack of respect and won’t be tolerated. Of course, you have to have a sense of humor in my line of work and I thought this would be a way of drawing attention to the fact that the city intends to be proactive in its fight against illegal parking.”