On Saturday, May 21, a 20-year-old man identified as Franco Luis Ferrada Roman caused a horrifying scene at the Santiago Metropolitan Zoo in Chile when he jumped into an enclosure, where the African lions were kept, and took off his clothes in a bid to make the animals eat him. Needless to say, visitors at the zoo were shocked by Roman’s actions. There were many children present and their parents frantically covered their eyes to spare them from the bloody scene.

The lions, on the other hand, seemed to have their killer instincts aroused by Ferrada Roman’s actions They went toward him and then they pounced on him. They ended up mauling him.

The man reportedly had a death wish. 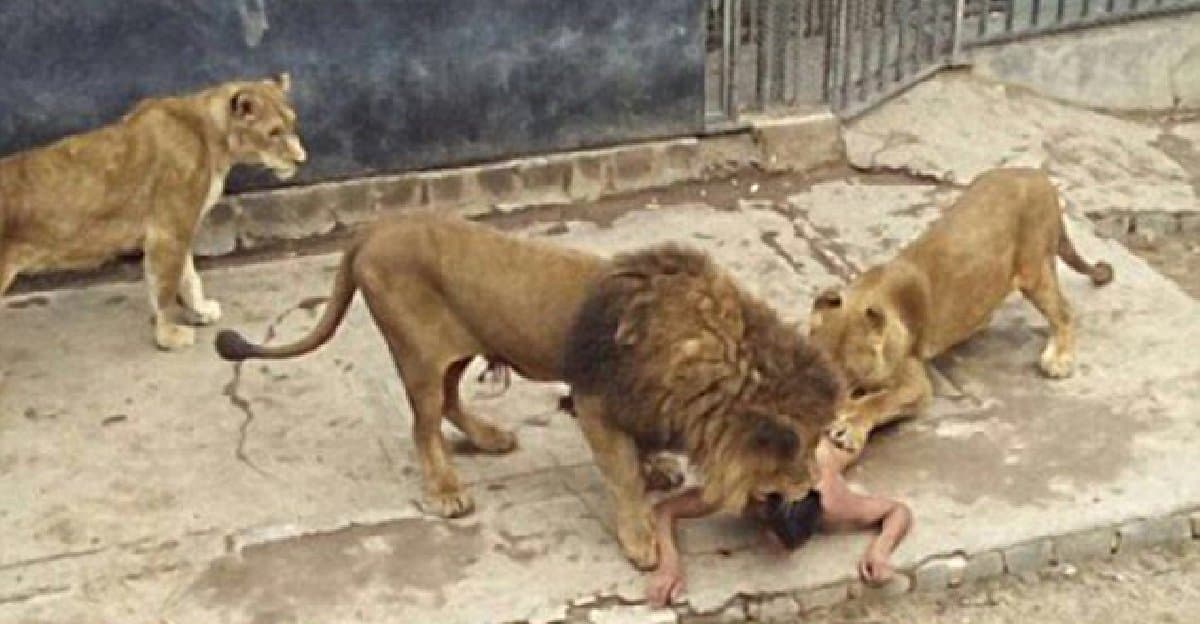 Zookeepers intervened as quickly as they could. They had no choice but to shoot two lions who were attacking Ferrada Roman, who survived the attack. He was rushed to the hospital and was later reported to be in critical condition. Later, his condition somewhat improved and doctors told the media that he was expected to recover from his injuries. He suffered trauma to his head and pelvic area.

In an interview after the incident Alejandra Montalva, the director of the zoo, revealed, that the zoo had been crowded at the time of the incident. That was why Roman was able to get into the enclosure. “We believe that this person entered as a visitor and paid for his ticket. Later he trespassed into an area where the public are not normally allowed and we understand that he forced the roof off the lion’s enclosure. It was from there that he jumped, took off his clothes and started to attract the lions,” she said.

Follow-up reports later revealed that Roman was attempting to commit suicide. A suicide note had been found in the pocket of his clothes. In the note, he had indicated that he was afraid of the Apocalypse.