Have you ever gone to the pool and thought, “Hey, I wish more people could fit into this.” Well apparently, the creators of the Alfonso del Mar resort had the same idea and decided to construct a pool large enough to get into the Guinness Book of World Records.

This is the world’s largest swimming pool. 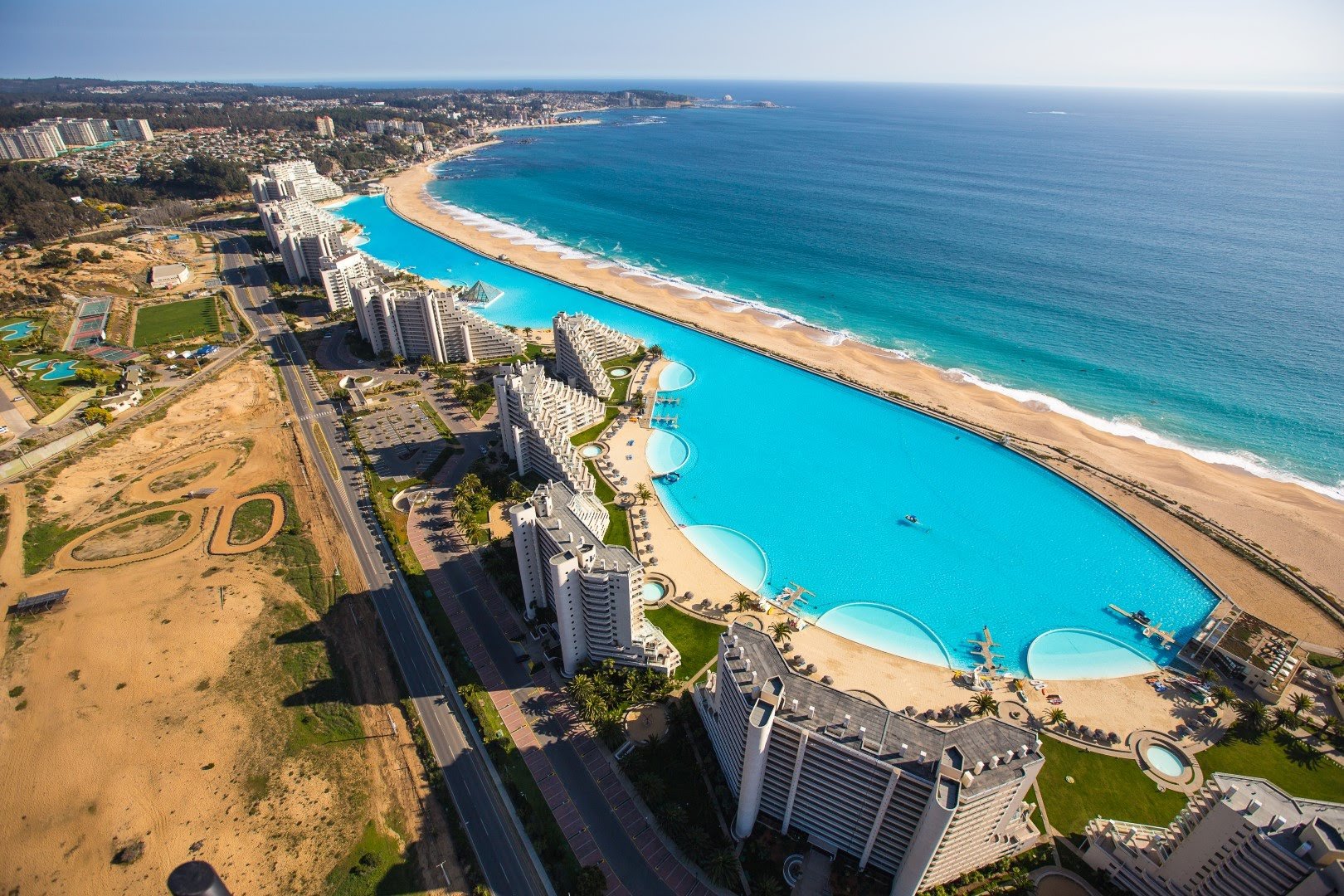 Construction was completed in 2006, and they’ve been in the Guinness Book of World Records since then. 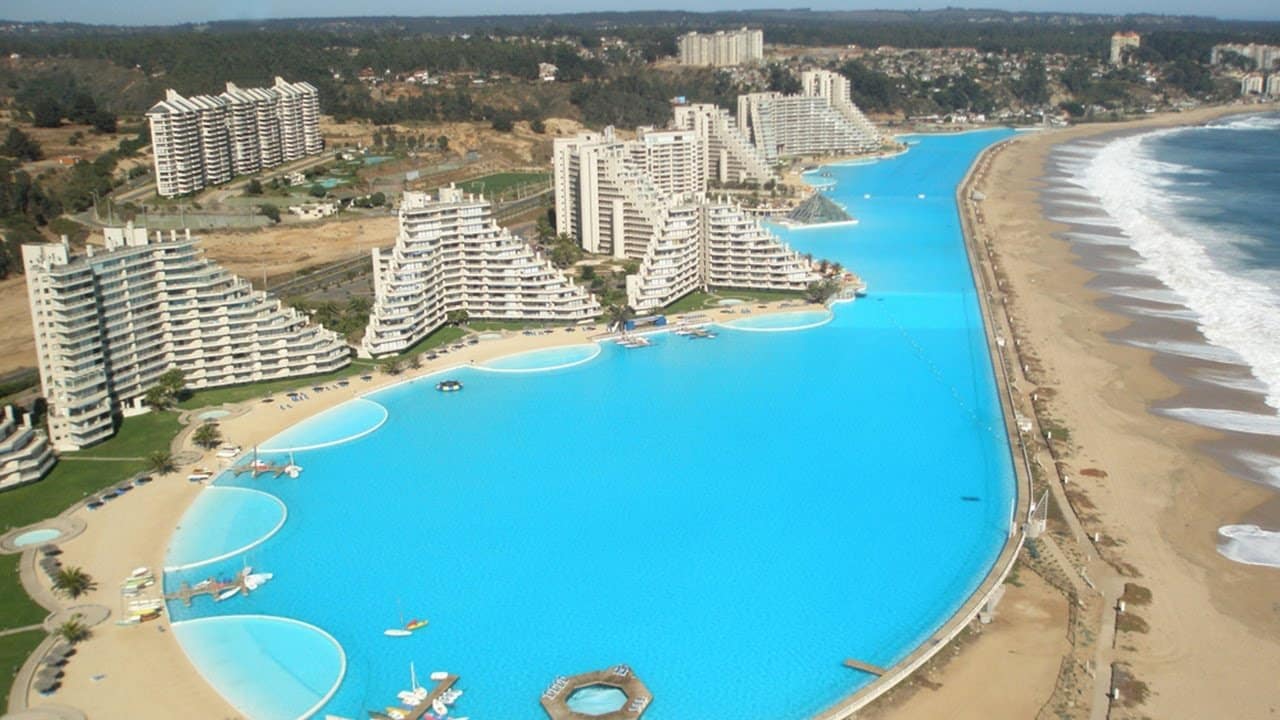 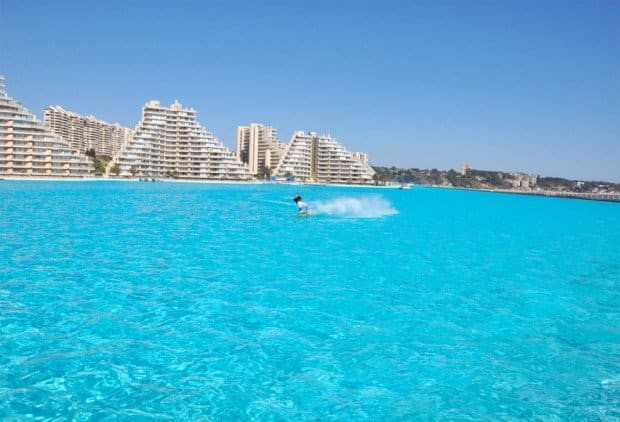 That’s the equivalent of about 6,000 standard-size 26-foot long pools or 20 Olympic size swimming pools, and it holds up to 66 million gallons of seawater. 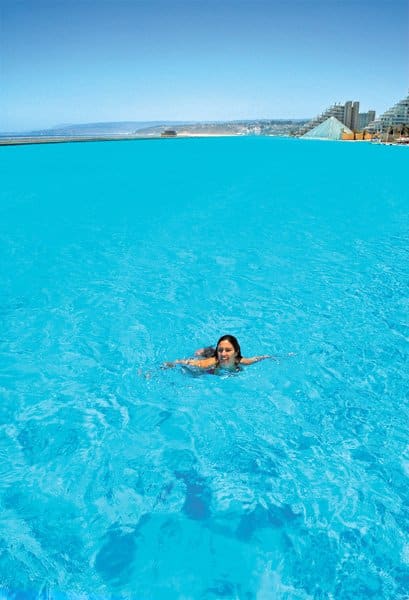 As for the depth of the pool, it goes as deep as 115 feet deep. And yes, you can definitely practice your snorkeling skills in there. 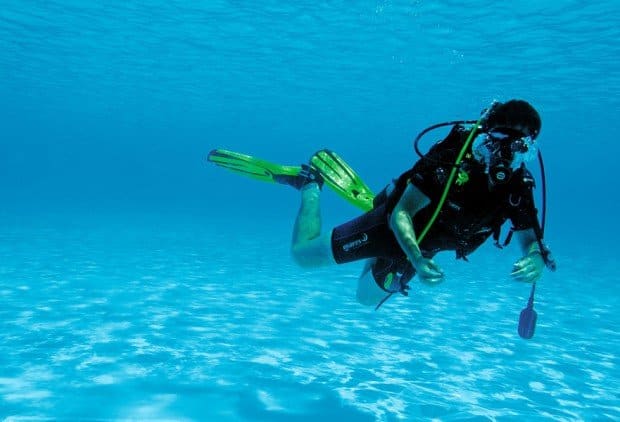 In fact, the pool is actually much like swimming in the ocean since it works by collecting, filtering, and circulating seawater. 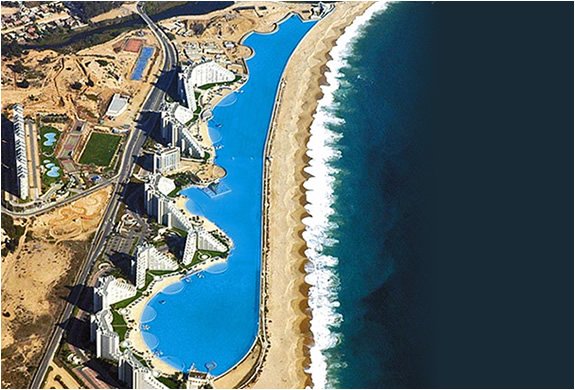 It uses a computer-controlled suction and filtration system to collect water from the ocean to pump it into the pool. 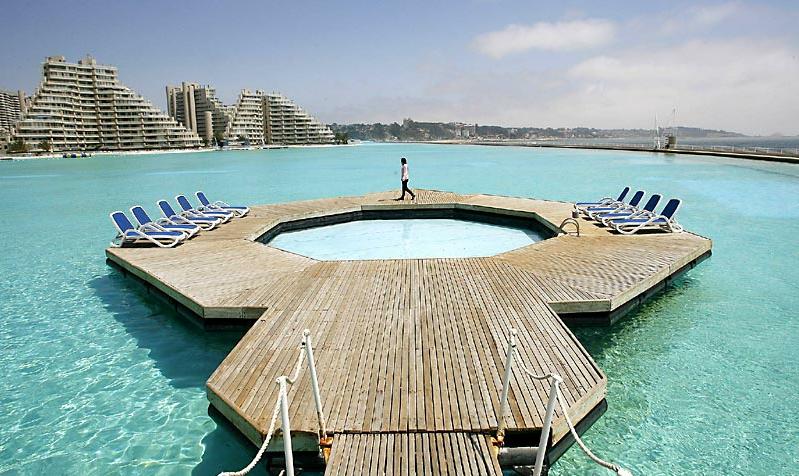 The sun also keeps the pool warm enough (around 26 degrees celsius) to make swimming even in the cooler months comfortable. 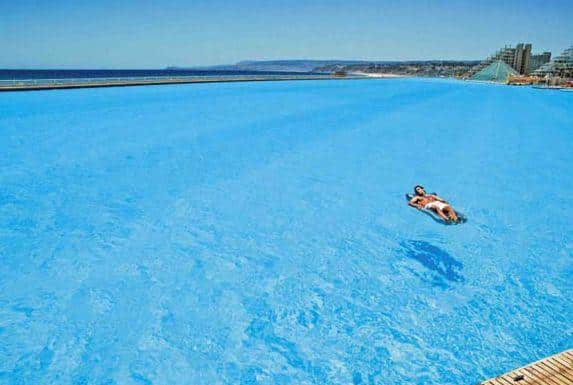 The giant pool’s creator, Biochmeist and founder of Crystal Lagoons, Fernando Fischmann, claims that his company has built an impressive artificial paradise. 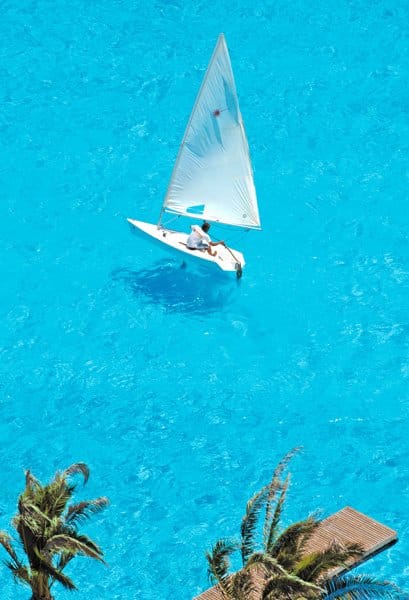 “As long as we have access to unlimited seawater, we can make it work, and it causes no damage to the ocean,” he says. 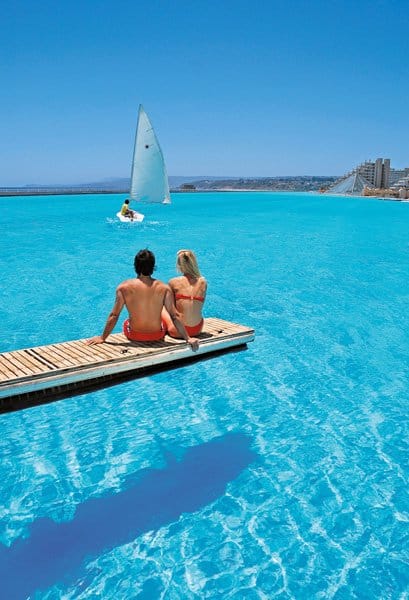 When it comes to costs for upkeep, the giant pool reportedly costs up to $4million annually.

But that’s a tiny price to pay in order to maintain the world’s largest pool that filters sea water! 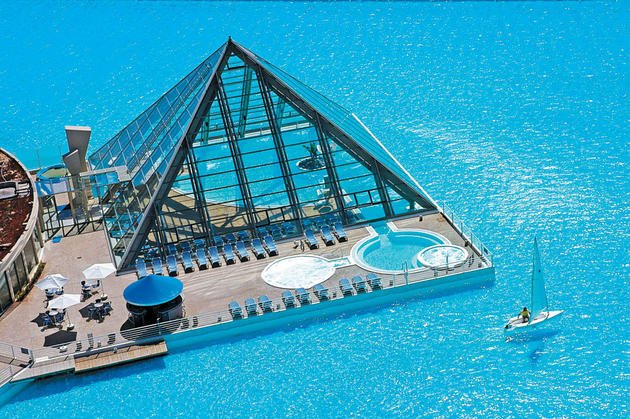