How do you give a new spin to classic karaoke contests? Well you mix it in with some crazy concepts and you’re good to go. In Japan, for instance, a game show went with the strange idea where male karaoke singers are given hand jobs by pretty ladies while they sing.

Meanwhile in Cambodia, another television show came up with something they called Killer Karaoke Cambodia and its name is as brutal as the game actually is. In the said game, a contestant will have to sing a song while strapped in a seat and then live animals – such as frogs and snakes – will be dumped during the performance as the singer attempts to finish the entire song.

Sounds insane, you say? It totally is and you have to see it for yourself. 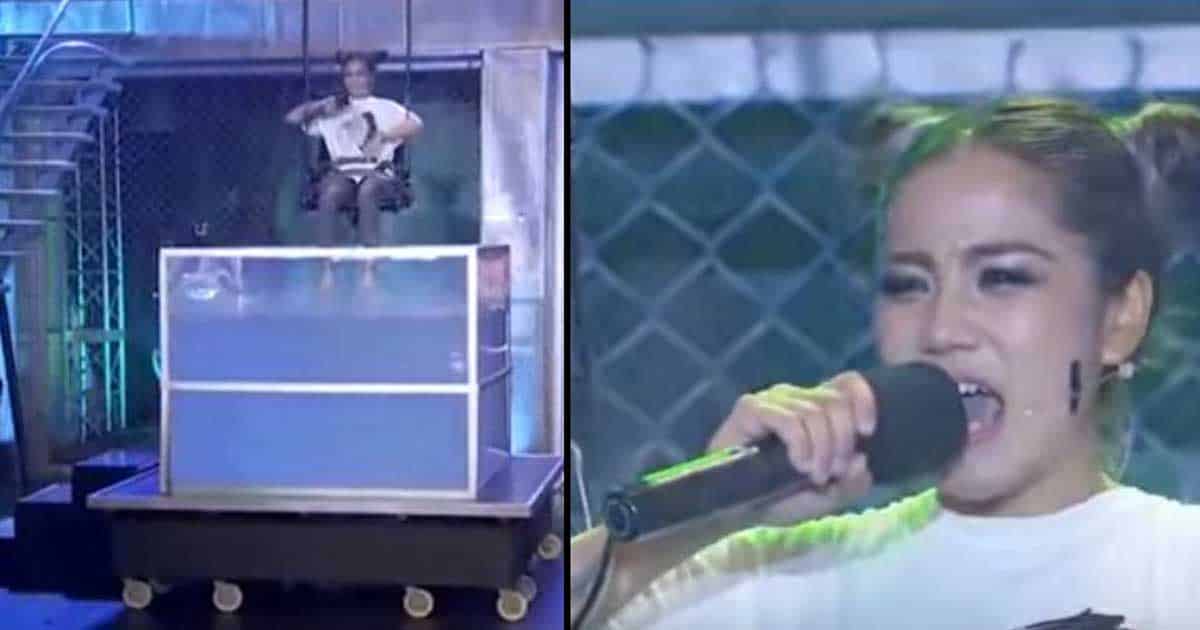 Later on, live frogs and snakes were dumped in her lap as she was lowered up and down the water.

The audience looked like they enjoyed watching it all while the woman screamed non-stop. 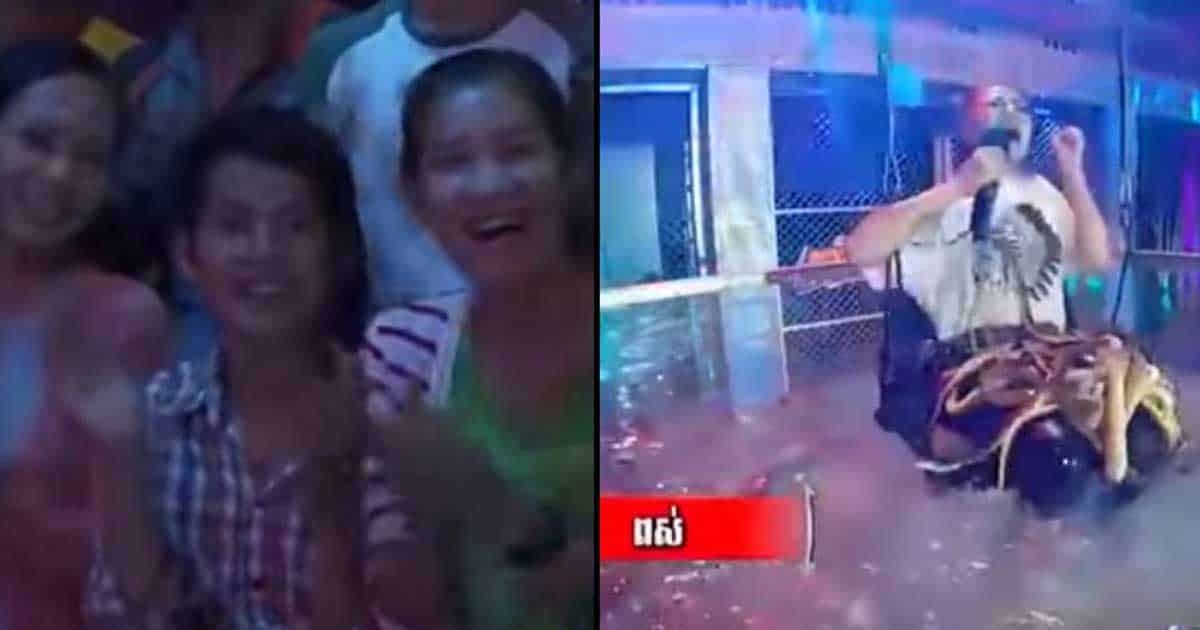 A quick search on YouTube tells us that Killer Karaoke Cambodia has been on the air for quite some time now, with two seasons under its belt. When the said episode recently went viral, however, netizens were pretty much divided in their opinions about it.

“Ban this kind of entertainment. Stupid. Not funny at all. You’re making a fool of that woman.”

“This type of entertainment should be illegal. It’s disgusting. You can bet your ass those animals were quickly disposed of after the show as if they weren’t living creatures. Humans are sick. Anything for entertainment and money.”

“It’s Killer Karaoke. So everyone please calm down and she’s a famous singer in Cambodia and this is one of the popular game show in Cambodia too. Please don’t take things too seriously.”

Well what about you, guys? Do you think this game show is okay or not? Be sure to leave a comment below and tell us about it.