We have been enjoying years of privileged life in the golden age of T.V. The entertainment industry has never been so satisfying with numerous mind-blowing episodes of storytelling premiered on T.V. networks.

But it turns out, we still haven’t seen the best of entertainment yet. We almost thought that the Koreans will reign the television, but apparently, nothing compares to the shows the Japanese are producing.

The Japanese game show “Slippery Stair” is quickly becoming popular throughout the world. 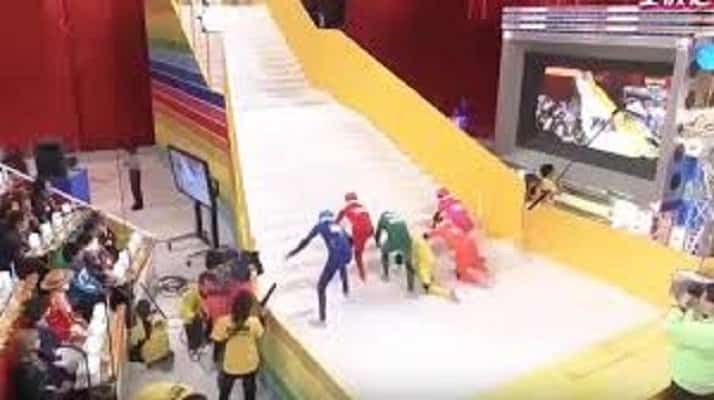 There’s no questioning about the creativity being manifested by the Japanese. They always come up with weird but actually useful inventions. And now, they are taking their genius ideas to the television.

Producers of Japan are coming up with the craziest ideas for gag and game shows that make for an awesome T.V. experience. People around the world have become fascinated and curious of their entertainment value since most of their game shows challenge our mind to understand what’s really going on among the lights and sound effects. But even if we are puzzled, we still can’t stop watching with the all the funny facial expressions and the ridiculous challenges the contestants willingly go through.

Watching the game is so frustrating, you just want to go to the set and try it yourself. 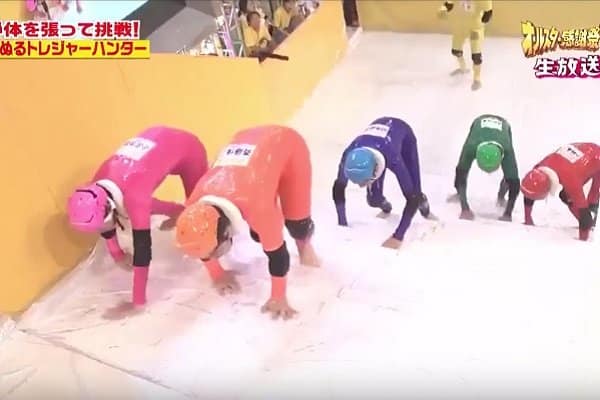 Among the Japanese game shows airing on television today, we can name some of the most insane and most intense plots as the “Shower Girl!,” “Wall of Boxes,” “No More Floor,” “Stinky Undies,” and the adrenaline-activating “Dead Meat.” But now we give you yet another laughter-jerking TV game show that your eyes will surely have the pleasure of taking in: “Slippery Stairs.”

You probably never imagined that watching six contestants in a race to climb a very slippery stair could be so invigorating and fun. The “Slippery Stairs” will most definitely make you get you up from being seated on your chair and would want to finish the challenge yourself. The aim of this game is to reach the top of the staircase before anyone else does, but their task is made more difficult by some soapy, slippery stairs.

Contestants race to reach the top of the stairs before the others but with the continuous flow of lube, they surely have a hard time climbing the slippery stairs. 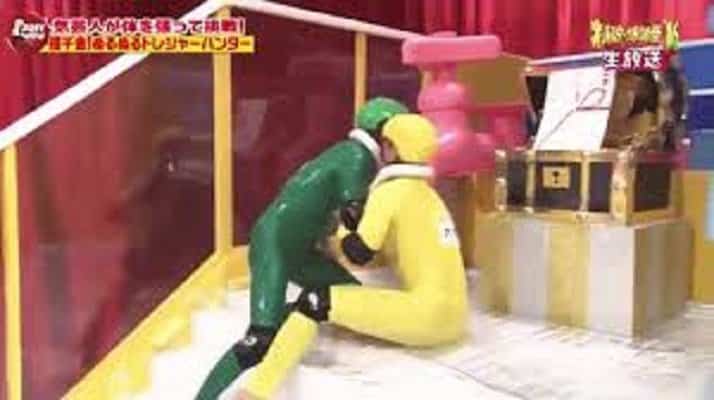 An episode of “Slippery Stairs” was recently shared on Youtube and it has quickly captured the internet for good reasons. The competition displays pure athleticism and live dramas, and the contestants in latex onesies who keep tumbling down the staircase are so effective at giving the audience a good laugh.

Now that “Slippery Stairs” is gaining international recognition, you sure will be able to witness more ridiculous moments that will raise your blood pressure at the same time. Watch the hilarious clip below and be acquainted with Japan’s newest game show creation.