There are certain parts of the world that are just filled with venomous snakes. Encountering one while you’re taking a hike in the outdoors is something you probably do not think about – but they do happen. In the United States, for example, about 7,000 to 8,000 people get bitten by venomous snakes each year. Five of them could die.

Just in case you come face to face with a venomous snake, would you know what to do? Most people would want to get as far away as possible from a venomous serpent like the rattlesnake. But for one lunatic named Neal Hunt, killing the creature before it can strike might be helpful. It’s a case of who gets the first strike for this guy.

Hunt was out walking in the canyons when he spotted the feared reptile. But instead of fleeing from the scene, he wanted to teach his audience how to deal with the creature. Hunt went on to pick up the snake by its tail and the creature doesn’t seem to be in a defense mode. It might want to strike but it’s pretty hopeless for the snake since there’s nothing it can do when it’s held by the tail.

Neal Hunt shows how it's possible to kill a rattlesnake with your bare hands. 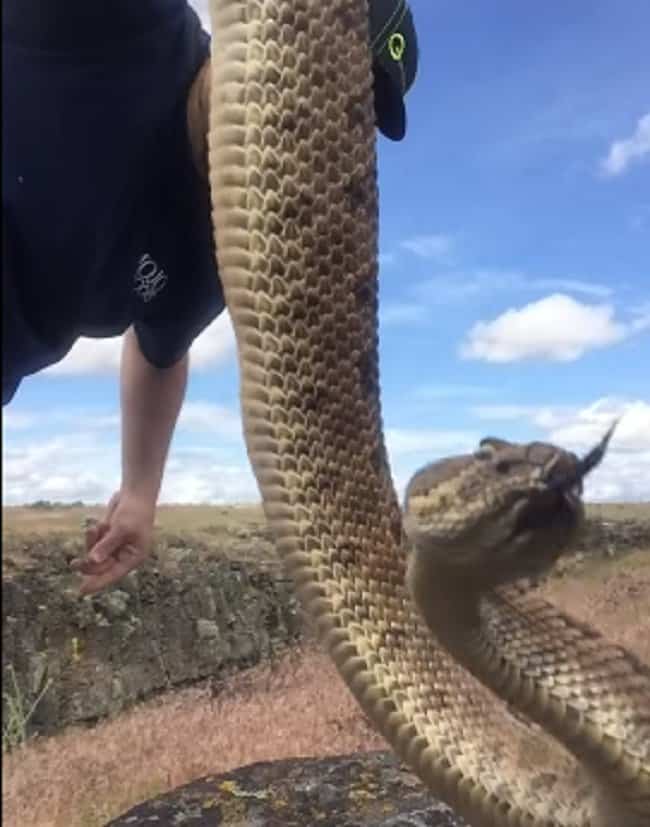 Once Hunt had the snake, he whips it like one would with a towel. Instantly, this kills the animal as blood oozes from its mouth.

As pointed out by Ozzyman, there are two things that are wrong about this “tutorial video.”

First off, Hunt didn’t clearly demonstrate how to pick up the snake. In the video below, he can be seen carefully stepping on the snake’s head so he can get the tail.

He demonstrates the towel whip method that can instantly kill the animal. 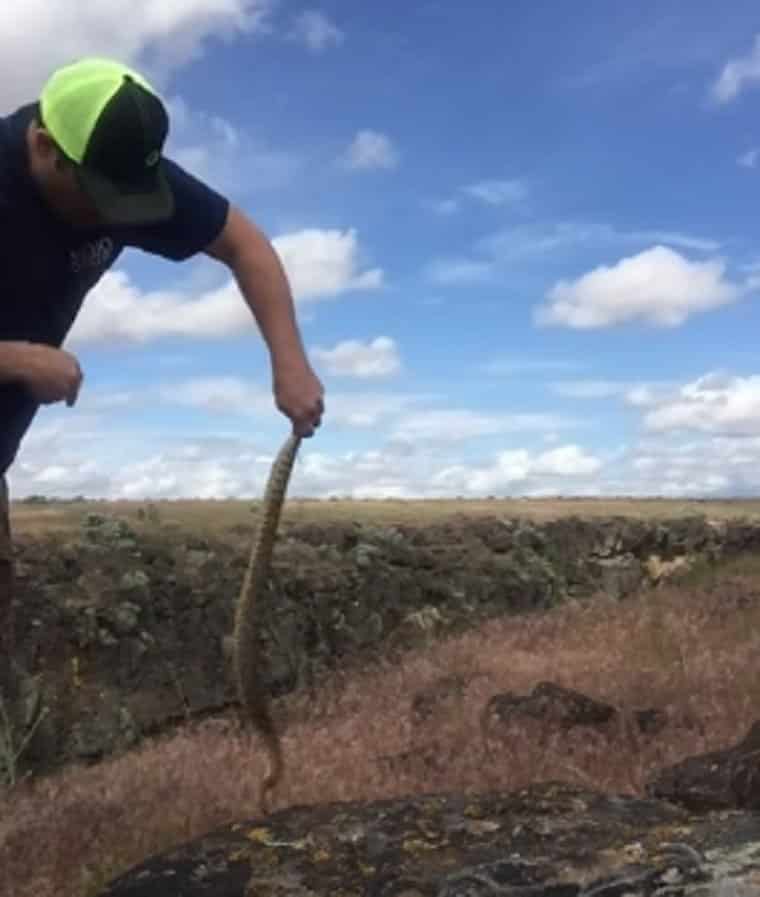 And the second argument – and the most important – is that Hunt killed the innocent animal, who may have just minded its own business, just for the sake of making the tutorial video when the presenter could have just used a rope to provide a demonstration.

Rattlesnakes usually strike when they are threatened or provoked. 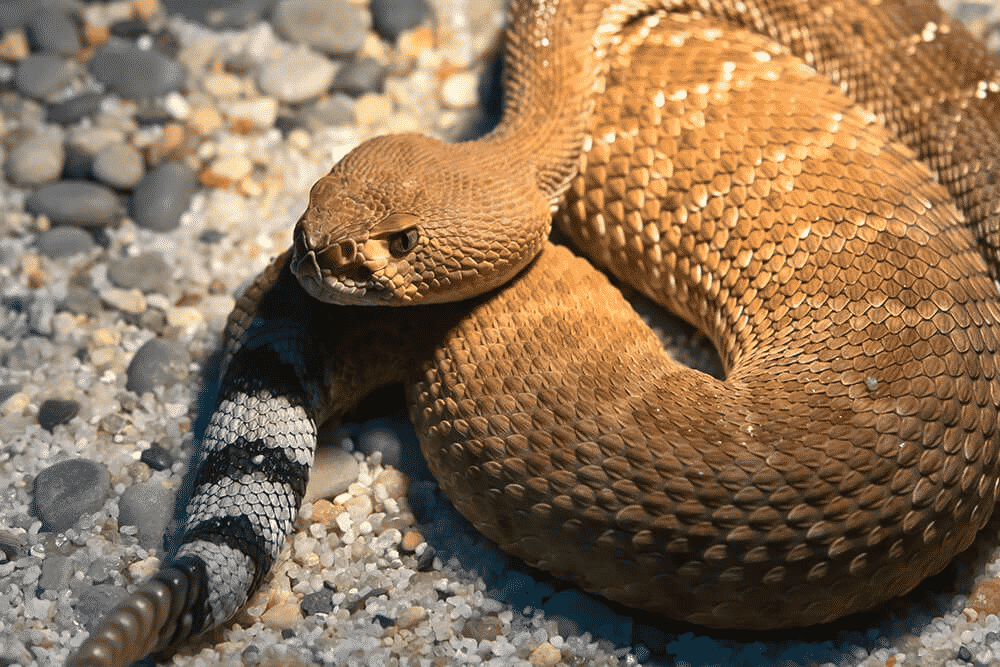 One has to remember though, a rattlesnake wouldn’t make the first strike unless it is provoked or threatened. It’s best to leave it alone when venturing outdoors. It’s a different story, however, if one is spotted near your home. In that case, Hunt’s tip might be valuable one day.

Check out Neal Hunt’s tutorial video below where he also explains why this method is effective.

What do you think of the tutorial? Could you get close enough to a rattlesnake so you can take it and whip it like a towel?