On a regular day, we would run as fast as we can when we see even just a small snake — so how much more if it’s a huge one? However, three young boys were left with no choice but to face the enormous limbless reptile when they saw it making a meal out of their pet dog.

A shocking video showed a terrified dog barking as it was desperately trying to wriggle away from the deathly grip of a huge snake. The boys can be seen wrestling the snake using sticks and a metal table leg, but it repeatedly clenches its jaws and tightens its grip around the dog. 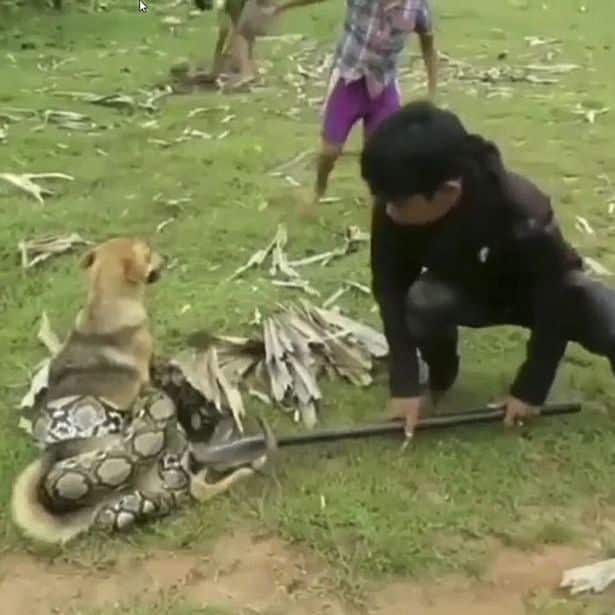 One of the boys then tried to hit the snake with a pole multiple times for it to leave their pet alone. The other boys attempted to distract the reptile by throwing some leaves from the ground at it.

They then grab the snake by both ends, pulling in opposite directions to weaken its hold on the dog.

You can hear the sound of distress not only from the scared pooch but also from the boys who were getting more and more concerned about their pet’s situation. 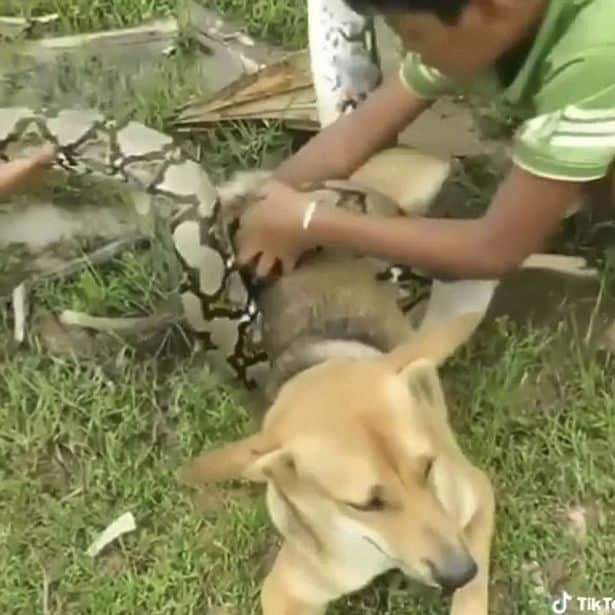 Eventually, the boys managed to succeed in unraveling the huge the snake off their dog.

The canine appeared unhurt by the assault. As for the serpent, its fate is unknown. It is also unclear when and where it happened, but the dramatic video has been shared multiple times online this week. 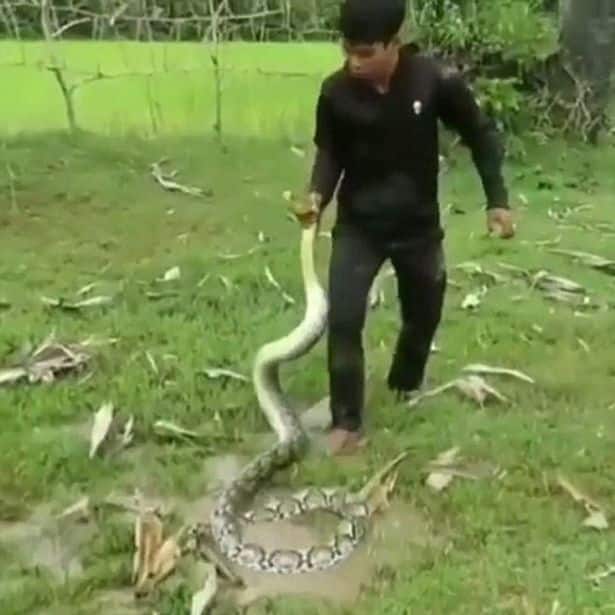 Many praised the boys for their bravery. One social media user wrote: “The poor dog – he was absolutely terrified. Well done those children!” Another viewer posted: “The things we would do for our furry friends, very brave of the lads, delighted to see the dog escaped unharmed.”