A Japanese woman is gaining popularity online after sharing photos of herself weighing just around 37 lbs. She claims to be a survivor of domestic abuse, something that her own grandfather did to her for years.

In a series of Twitter posts, she revealed how she was ‘forbidden to eat’ by her abusive grandfather who would kick her in the belly or force her to spit food out if she was caught eating in secret.

She claims to have been domestically abused and deprived of eating by her grandfather. 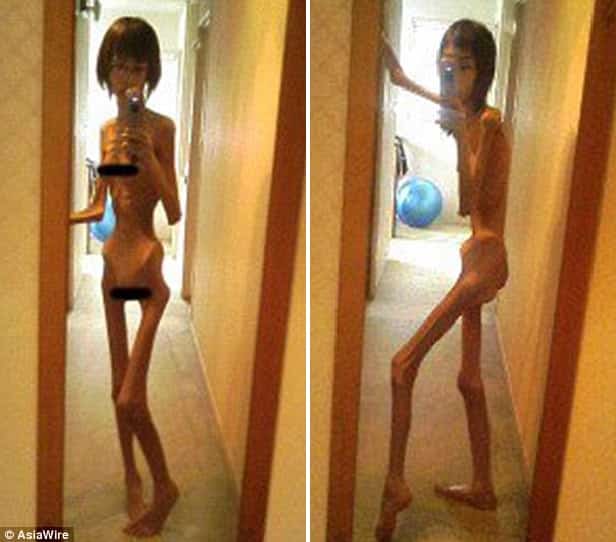 The selfies were reportedly taken years before she was hospitalized. Hailing from Kyoto, Japan, the photos reveal a woman who looks horrifyingly thin with hipbones and rib-cage protruding from her body.

She described how her grandfather deprived her of eating and that he would often kick her in the belly. There was also a time when she was forced to spit the food after he found out she was eating in secret. Vomits eventually happened after she was physically abused.

Whenever she tried to eat, her grandfather would beat her to pulp, forced her to spit the food. 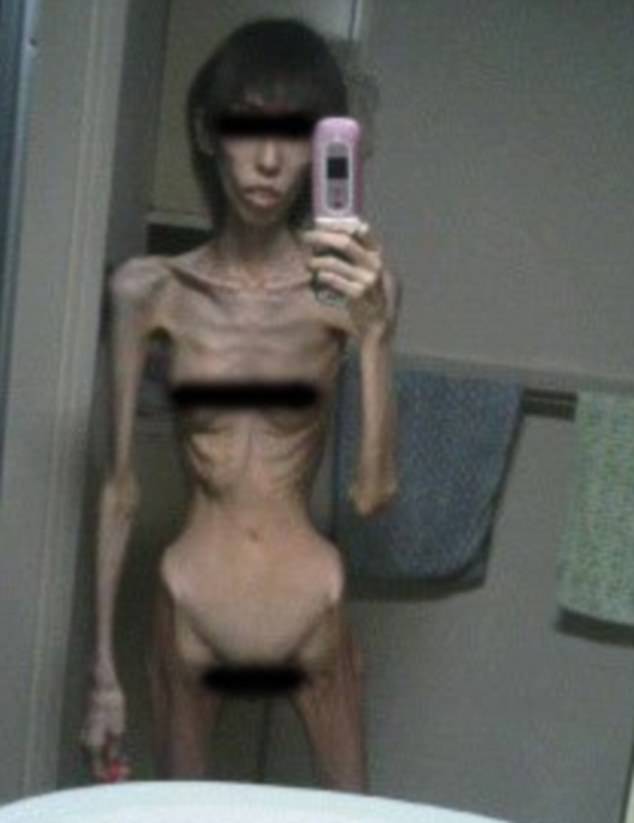 The abuse and food deprivation gave her a zombie-like appearance. 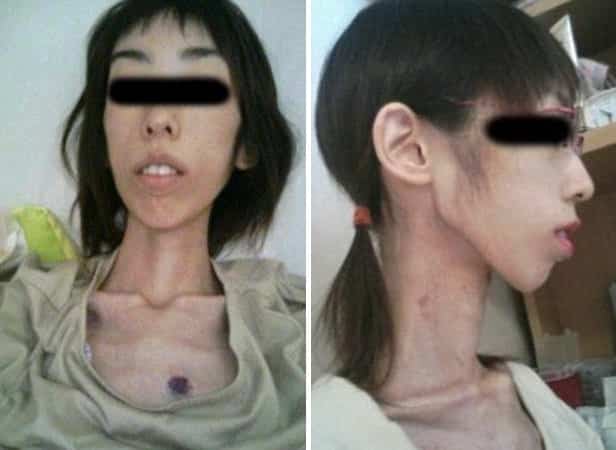 Ultimately, the domestic abuse and malnourishment led to a weight of 37 lbs or 16.8 kilograms. On her Twitter posts, she encouraged individuals who suffered from the same abuse and/or eating disorders to “ask for help before it’s too late.”

When she was finally rescued, medical experts said that she was only “ten minutes away from death.” She was then treated and taken care of.

She later on shared more photos online after netizens deemed her story to be fake. 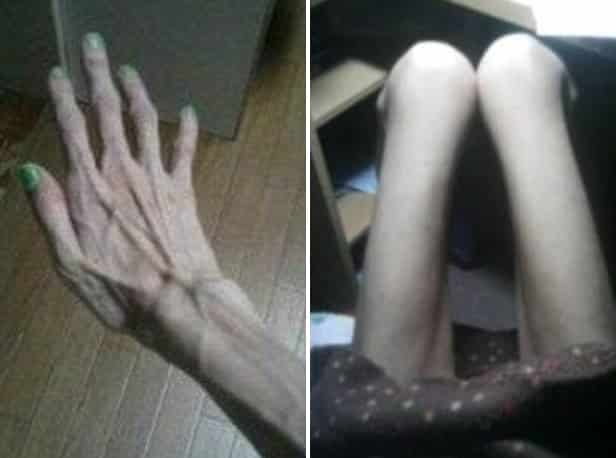 Some social media users accused her of faking the photos, suggesting that she fabricated them to accumulate a huge following. To debunk their claims, she posted other images that were taken directly from the hospital. Most of these photos show bruises on her chest, legs, and neck.

Now in her early 20s, the woman (left) has finally recovered from her nightmare. 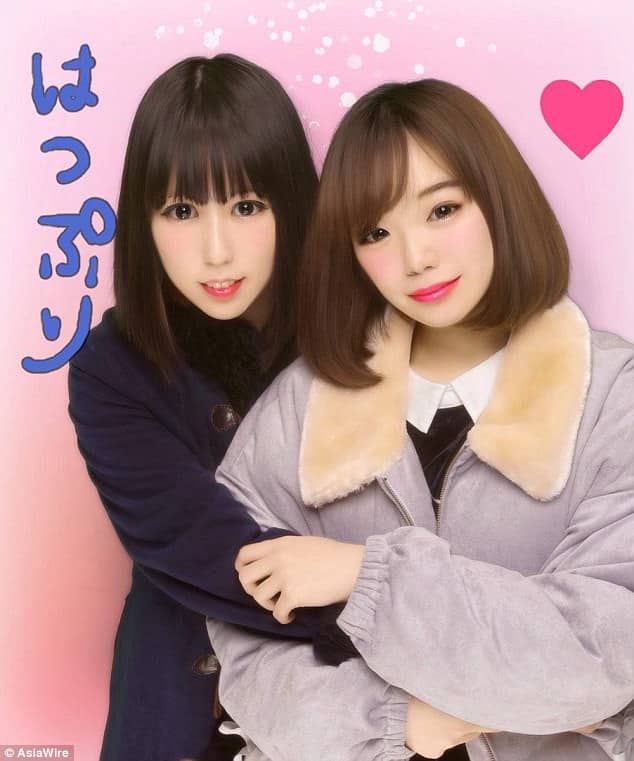 Now, she has finally recovered from her sickening experience and is currently of healthy weight. She did not reveal, however, if legal actions were made towards her abusive grandfather.