When James Moskito tried to entangle a whale from a one-mile long line they found they found in freezing waters, he did not expect it to do the most touching thing a gentle giant can do.

James and a group of volunteers were out in the water when they saw a humpback whale come up the surface. The poor whale stared at them as if it was trying to communicate something. Indeed, after a few minutes, James and his group realized that the whale was asking for help as it was bound to a long net.

The gentle giant asked for help from a group of volunteers. 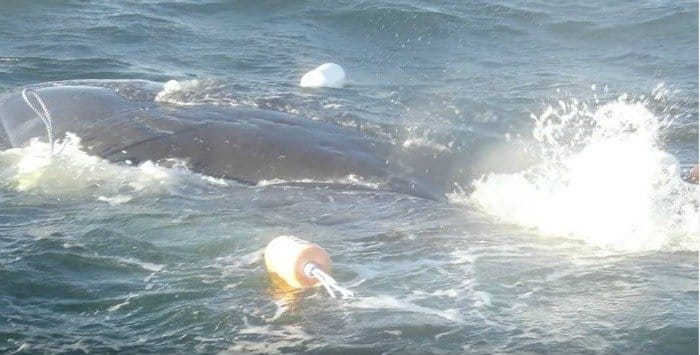 James and his group did not hesitate to help the poor whale, they got into the cold freezing waters and started untying it. James touched and said to the whale, “Okay, this is gonna hurt”, and the whale was just cooperative.

After the last piece of rope was cut, the whale started moving in circles and even went under James’ chest and started nudging him like a household dog does. It then started looking into James’ eyes and he also petted it.

It was definitely a feeling of affection.