Usually six year old children are more focused with play, studies and extracurricular activities around them; this age relies so much to parents and is still dependent to them.

Losing one parent can hurt a child deeply but losing both parents may cause devastation, rebellion and depression from young children.

Sometimes this horrific nightmare comes into reality and deeply changes a child’s life.

A little boy proved that it’s possible to be positive even if things are not going accordingly, that sometimes when horrible things happen in our life; we just have to accept it and move on by doing positive things around us.

Maybe it is impossible mission for many to make 33,000 people smile but not for this 6 year old boy, Jaden from Savannah Georgia. 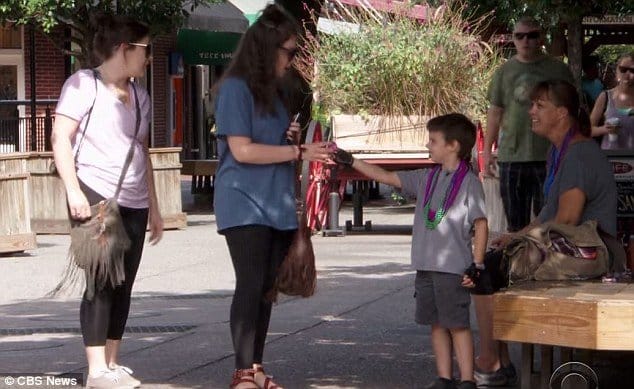 Jaden Hayes lost his father when he was four and two years later his mother died at sleep. This is a nightmare for all children but he did not let grief win over him.

After noticing several sad faces in his mother’s funeral, Jaden got tired of seeing lonely faces and decided to make people smile. He asked his Aunt Barbara, who is now his guardian; to buy dinosaur toys, rubber duckies and candies. Together with his aunt, he then proceeded with his mission and that is to turn sad faces upside down.

They went down town Savannah and gave a toy to whoever he sees that is frowning. He was expecting nothing in return but genuine smile from people around him are enough.

He targets people who are not smiling to turn their day light and happy! 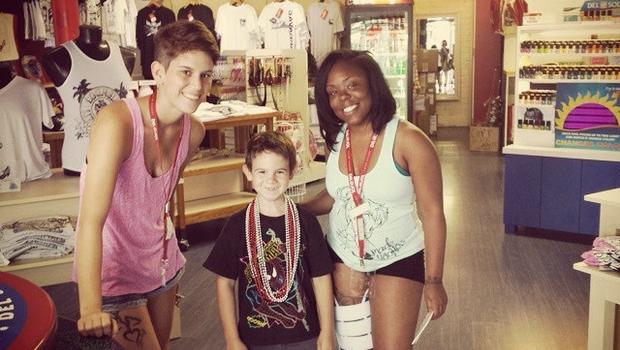 Jaden got different expressions from people, many smile while others cried because of his kindness. People were hugging him and some were even offering him candies and other stuff but he declined. He made them more happy and appreciative about the blessings around them.

When asked about how he feels about the loss of his mother, Jaden is still sad about it but he wants to make people smile and will continue to do his effort to be able to reach his goal. His target is to make 33,000 people smile and so far he has accomplished 500 in Savannah.

Life is full of unexpected events. Jaden is too young to be an orphan but he managed to do something meaningful out of losing both his parents. He tries to see the beauty and positivity of the things that is left in his life instead of being miserable and unwilling to move on about the sad passing of his parents.

Many would have reacted differently if they were in Jaden’s shoes but what he did is really amazing, wonderful and inspiring considering the fact that he is only 6 years old. Jaden is a good role model to the youths out there.