Birth defects are, unfortunately, becoming more common than ever. Whether it’s climate change or genetic disorders, there are many factors contributing to the very unusual appearances of human and animal babies being born to normal-looking parents. Some defects are so weird the parentage becomes suspicious, like this one in South Africa, where a lamb was born looking half-human, half-animal.

Doctors say that a condition called Rift Valley Fever was the most probable cause of this shocking abnormality. Shocking may be an understatement since its appearance reportedly horrified villagers in Lady Frere in the Eastern Province of South Africa, where it was born. 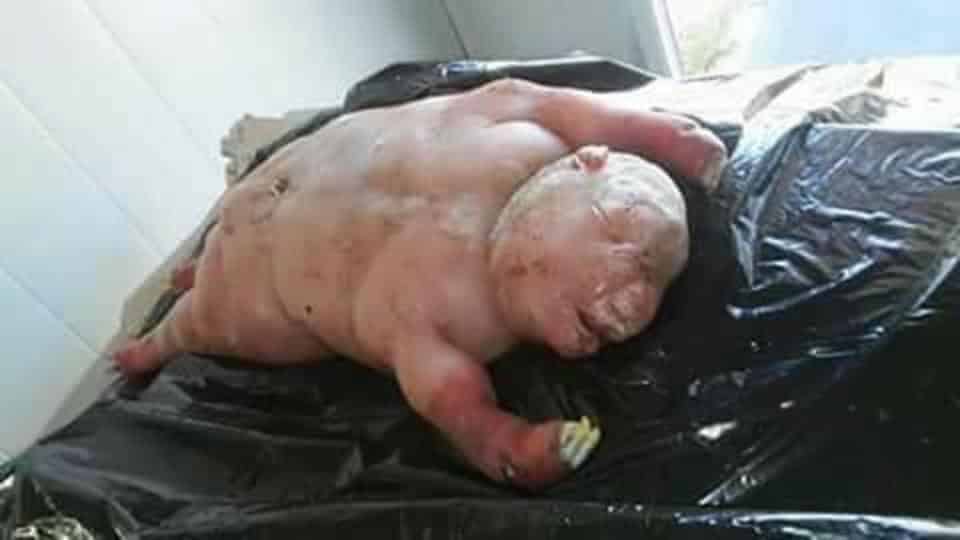 You can’t blame the villagers for thinking that perhaps one of their own had mated with a sheep in order to produce such “monstrosity”. It has hooves just like a lamb’s but has pink skin just like a human baby. Some even think that witchcraft may be involved since the creature looks like it has been sent by the devil.

The lamb was born dead and was reported to have suffered problems while it was still in the womb. 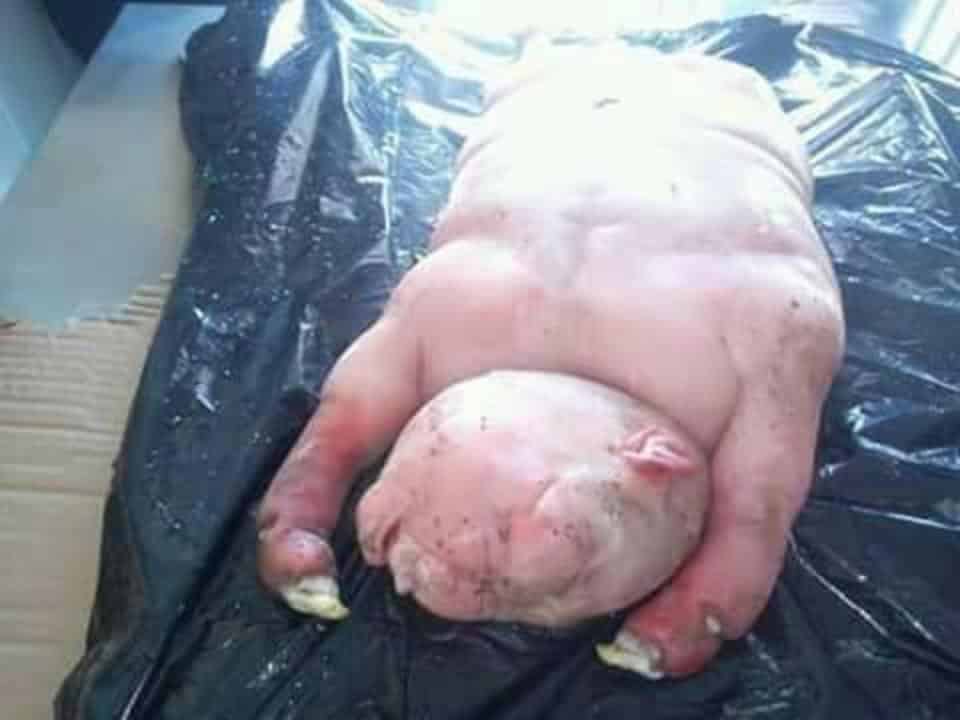 The villagers were so freaked out that the Eastern Cape Department of Rural Development had to send out experts to make tests after photos of the creature quickly spread within the community.

“We can confirm this is not a hoax photo,” an official said. 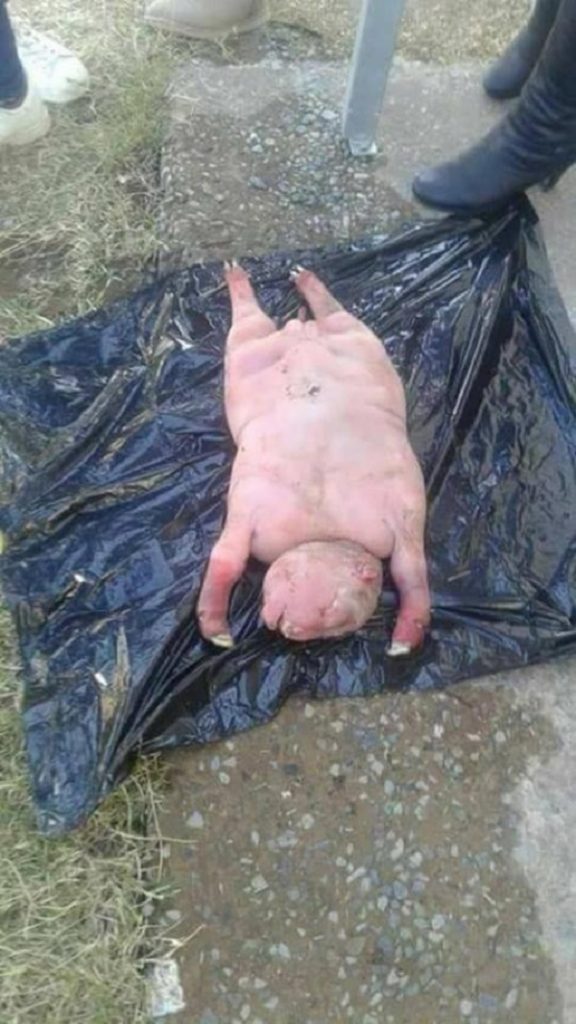 “We can confirm this is not a hoax photo but that the severely deformed lamb was born by a sheep in Lady Frere this week which at a glance resembles a human form.”

The chief also denied reports that the creature was a result of a mating between a sheep and a human.

“It is not, however, human but a deformed stillborn lamb sired by a sheep and was subsequently infected by a Rift Valley Fever at an early stage of its pregnancy.”

“It is worth noting that a sheep has 28 pairs of chromosomes while humans have 23 pairs which is important in dispelling the myth that a union of a sheep ovum and a human sperm can lead to a development of a viable life form.”