Necessity, they say, is the mother of invention. So, what happens when people in search of the ultimate adrenaline rush become obsessed with doing something that nobody else has done before? Well, chances are, they’ll come up with something extremely dangerous.

That’s probably what happened when the teenage boy in this video and, perhaps, some of his equally daring friends thought about what they could do with a motorcycle.

We're left speechless by this stunt. 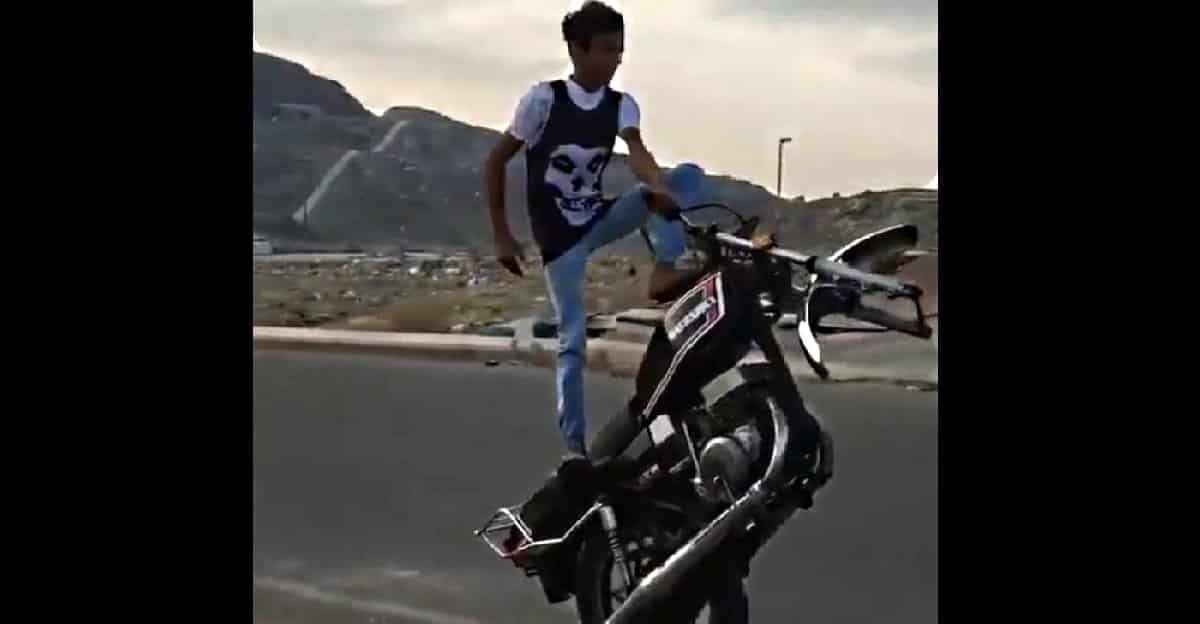 Although there’s already a one-wheeled electric motorcycle out in the market called the Ryno, it’s clear that the boy is not using one in this video. We see that his motorcycle is a regular motorcycle that has been altered to have only one wheel.

There’s also one big difference between the Ryno and the fearless teen’s altered motorcycle. The self-balancing Ryno has been subjected to tests and is equipped with safety features. By contrast, the makeshift one-wheeled motorcycle looks like it could easily topple over.

This daredevil is wearing flip-flops! 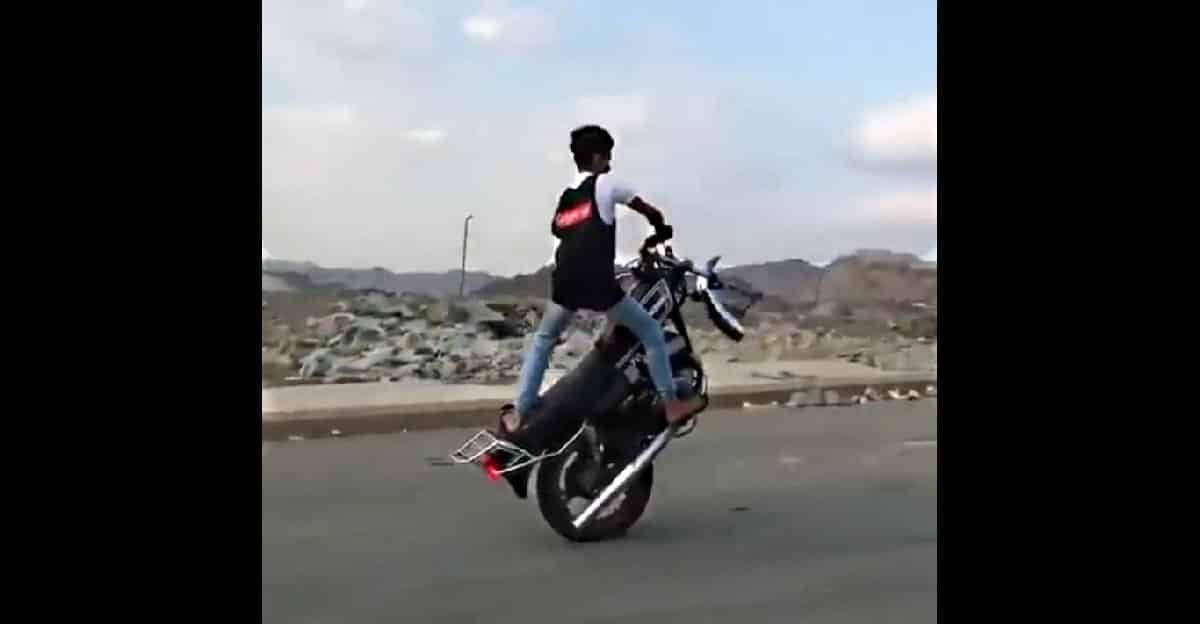 However, against our better judgment, we found ourselves transfixed by the sight of the thrill-seeking teen calmly maneuvering the improvised one-wheel motorcycle.

We think the teen’s shirt, which has a skull-like print, is totally appropriate for the stunt. But heck, we even think it’s totally cool that he’s only wearing flip-flops.

We have to admit that this is one of those times that we tried our best to look for something to criticize with what the teen is doing. Of course, his parents would probably be worried sick seeing him doing the stunt.

Then again, the rest of the world are probably more likely to compliment the teen for his totally wicked motorcycle riding skills.

The only problem we see with this video is that other teens may just be foolhardy enough to try it themselves. We’re pretty sure not a lot of them would have the same “level of expertise” as the fearless teen.