Have you ever put something down and completely forgot about it a second later? One man left his phone on the roof of his car and drove off into traffic. Luckily, a motorcyclist spotted the device and immediately returned it to the driver.

The video was taken by the biker’s GoPro. It shows the motorcyclist weaving between lanes to get in front of the cars stopping for a red light. However, he spots the phone on the roof of one car. He quickly alerts the driver and hands him the phone. 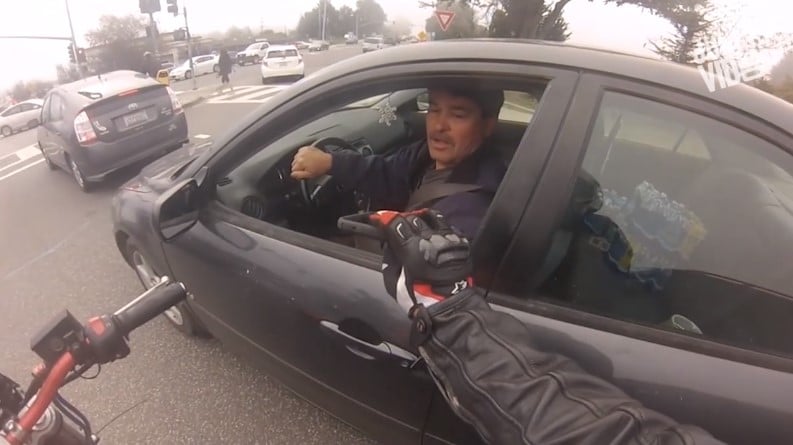 The man was clearly grateful for the biker’s actions. He tells the motorcyclist to pull over at Safeway because he was going to give him a $20 reward.

The biker seemed to agree with the plan. However, he quickly sped off once the light turned green.

It is unclear what happened to the driver or the motorcyclist after the incident. Nevertheless, netizens have declared that their faith in humanity has been restored.

The $20 reward sparked an online debate. 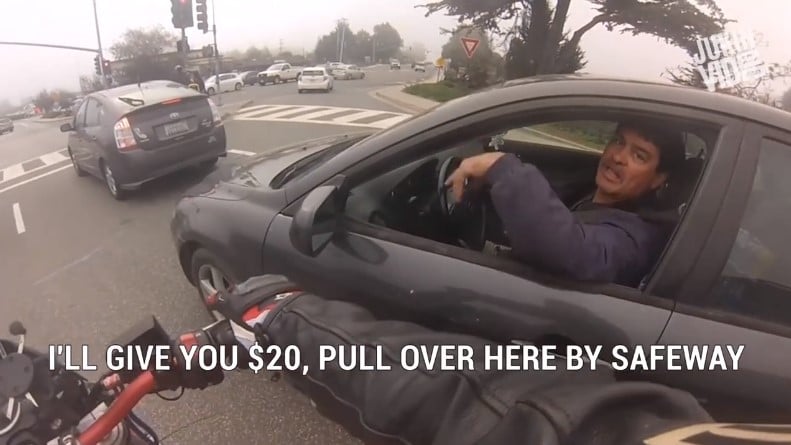 Some people were keen to share their own experiences with a good Samaritan who saved their phones, coffee, or groceries. “I once had a truck driver in traffic get out of his truck and hand me my fuel cap that I left on the roof,” one netizen wrote.

“That happened to me yesterday. Put my cup of coffee on top of my car and got in. Backed out of my spot and started to merge into traffic and a lady stopped in front of me and motioned to check my roof. Thanks, Lady” wrote another netizen.

There were differing opinions about the driver’s offer to give a reward. Some felt that the offer was rude while others believed the motorcyclist wasn’t interested in getting a prize for his effort. Nevertheless, everyone still believed that the biker was a true hero.