Sometimes experiencing intense turbulent movements make some passengers scared but what more when you realize something is wrong with the engine of your plane?

Although very terrifying, it’s best not to panic and try to find a solution as quickly as possible in emergency cases like this.

This kind of scenario was experienced by a 27 year old student pilot and his instructor on a normal training day.

A student pilot managed to safely land in Ventura County highway after the 2 seater plane’s engine started to fail.

Student pilot Danielle Lagree and her instructor had a mid air trouble, they realize they couldn’t get high enough for them to reach their destination. They were practicing her maneuvers when they realized something in the plane was terribly wrong.

“So then I asked my instructor what’s wrong and he was like, ‘Did you touch the throttle?’ and I said, ‘No.’ And then he realized that we were having engine failure.”

“We were coming down and so we either were going to go on a dirt patch or we found the highway,

We saw the cable lines and we thought we were going to hit them, but we went right over them.”

She felt really terrified while they were trying to find a safe place to land so that nobody will get hurt. They decided to land at the South bound lane of highway 23.

They landed safely in a busy freeway 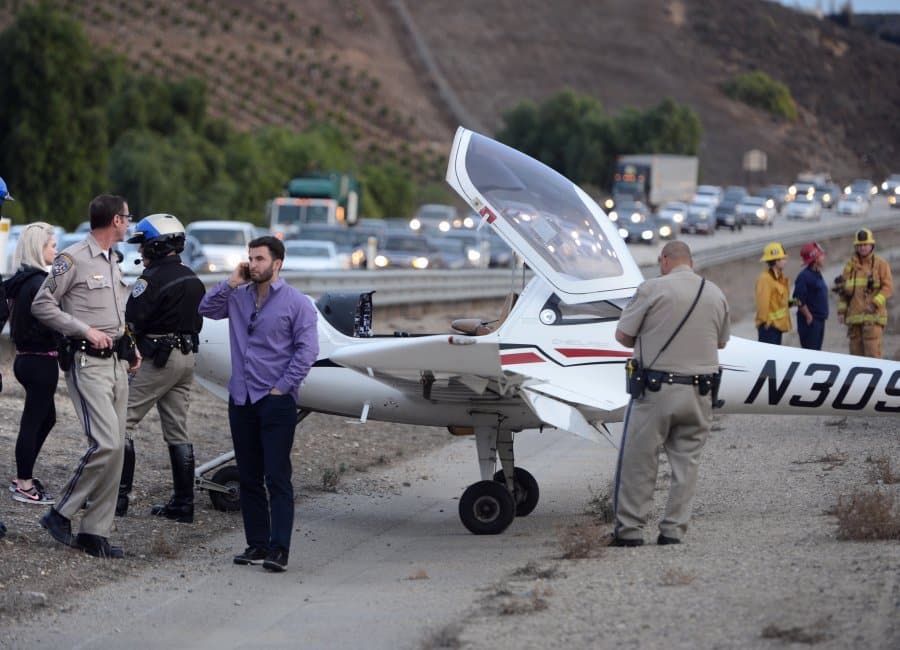 According to Danielle Lagree nobody got injured. She said all the cars stopped apart from one who passed below them and although she was terrified by the incident, she will still continue and fly the next day.

A video was taken by one of the drivers on the highway; the woman in the video even said she’s “freaking out.” It is very unusual for people to see a plane suddenly landing on the road.

The reason why the engine failed is still unknown, the Federal Aviation Administration will examine and report what went wrong with the plane.

What can you say about this terrifying incident? Share us your thoughts!