Animal rescue groups have done their part in the mission to fight dog meat trade in Asian countries like China and South Korea. But the truth is, this sickening culture still exists and this fight is not yet over. In July 2017, the Humane Society International saved 149 dogs from being slaughtered for South Korea’s ‘Bok Nal’ season. These poor creatures were flown to the United States where they were given a chance to have a loving forever home.

One of the lucky dogs that once cowered in fear was three-year-old Korean Jindo, Harriet. The black pooch, along with 13 other rescues, was flown to San Francisco, where staff at the Humane Society of Tampa Bay, Florida helped care for them.

Harriet the Korean Jindo was saved from a horrible fate of becoming a human’s meal. 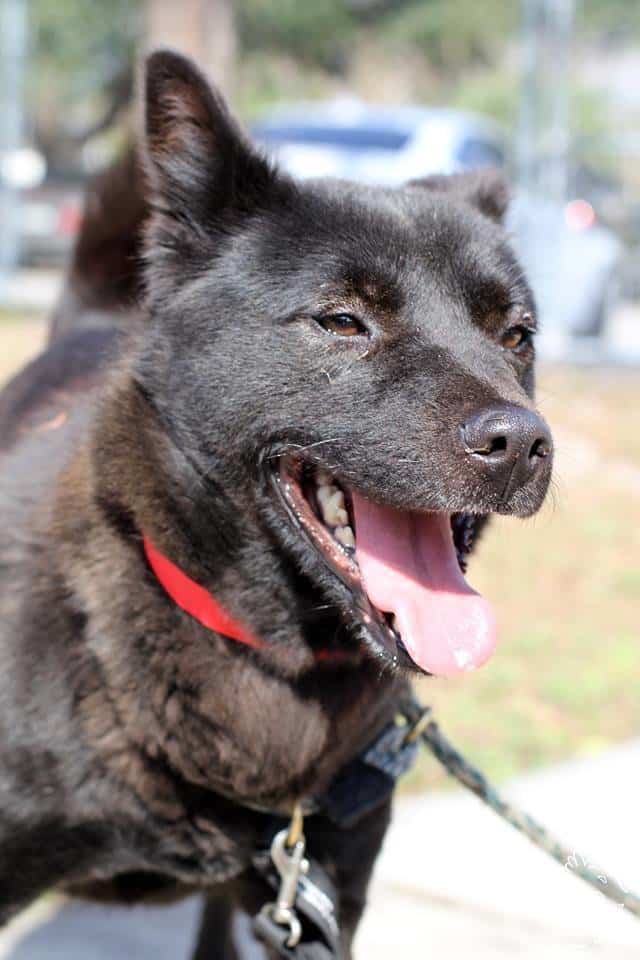 She is one of the dogs rescued from this meat farm in Wanju, South Korea. 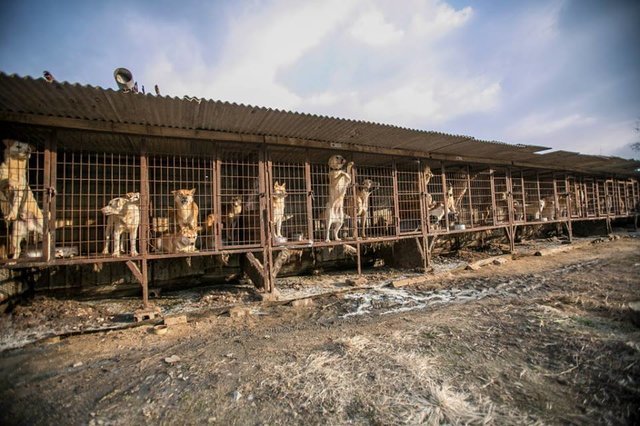 The dogs at the South Korean meat farm were treated inhumanely. 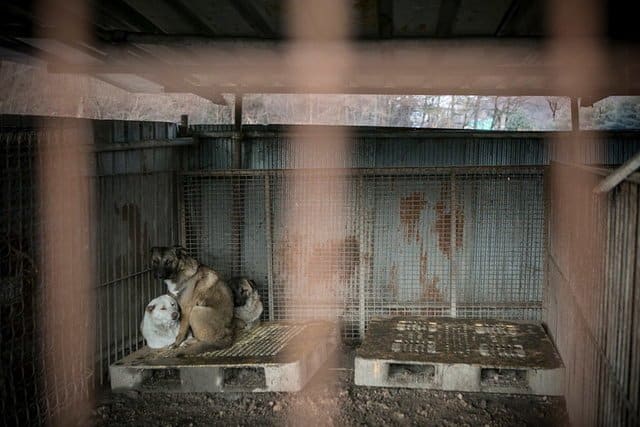 Harriet may now be living a far better life but still suffers from the trauma of her past. 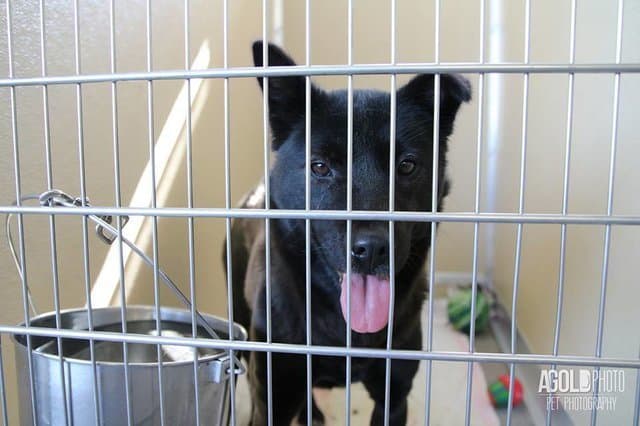 The innocent creatures had to endure living in poor conditions. They had to be stuffed in kennels where they can’t move around a lot. They stand on their own filth as they survive on food that is being tossed their way.

Harriet and other dogs are fed well – but only to fatten them up for the slaughter. 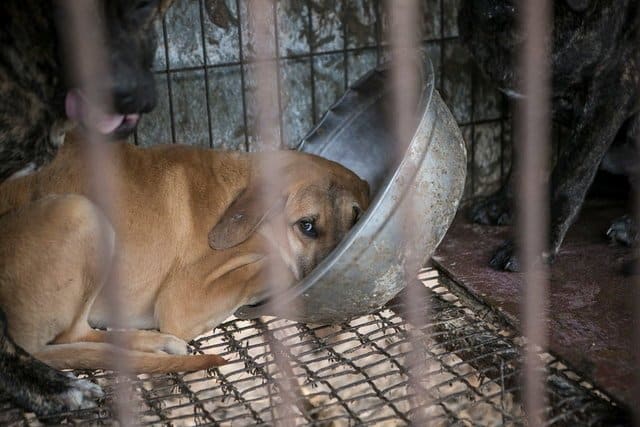 As Humane Society of Tampa Bay’s marketing coordinator, Nash McCutchen, had told The Dodo, these dogs don’t get to be killed in a humane way. They usually go through torture before their deaths and worse is that some of them are still alive when skinned.

Harriet appeared aloof when she first came to the U.S. 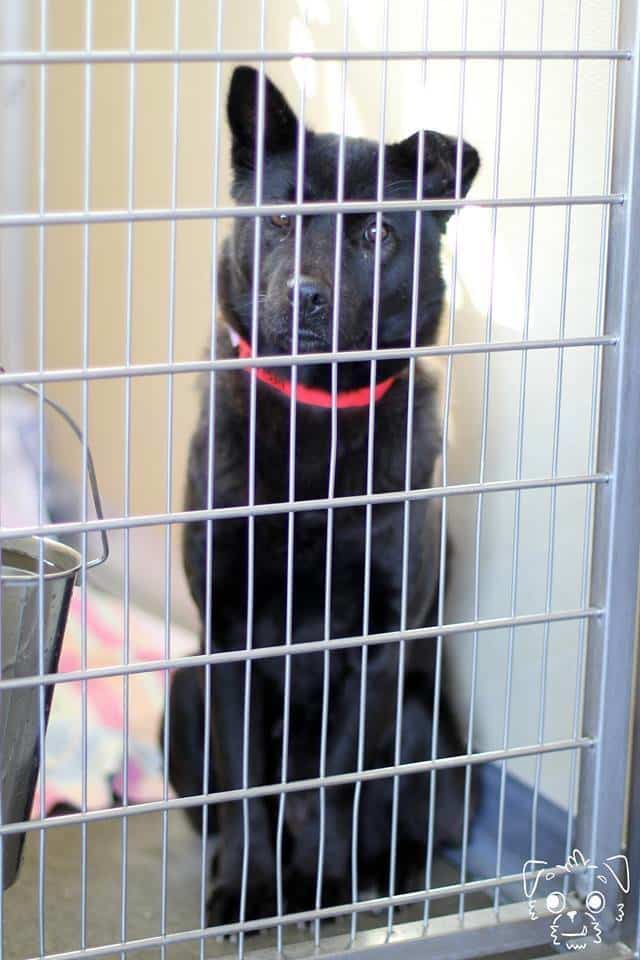 It took time for her to walk around in the kennel; she also got to learn how to walk on a leash. 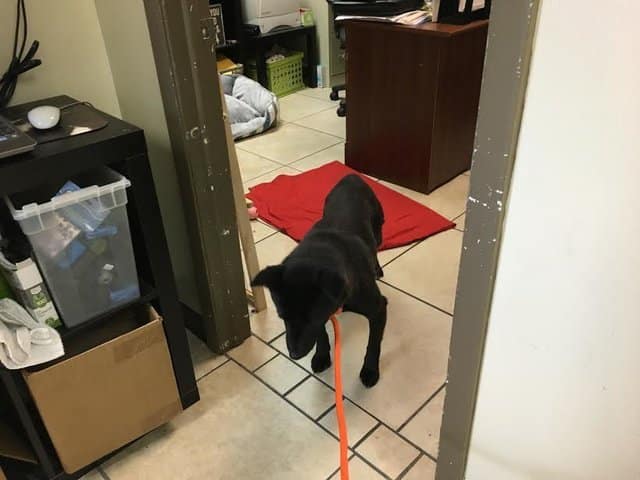 Staff faced some challenges when it came to dealing with a broken case like Harriet. 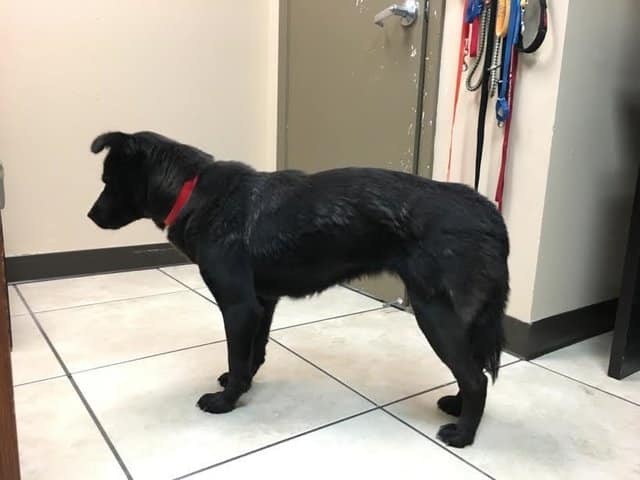 It’s easy to see that dealing with Harriet can be real work, but that didn’t stop rescuers from trying even harder to get through to her. Shelter manager Leslie Menichino decided to take her to the office one day where Harriet was given a bed.

But instead of getting some sleep, the dog just sat there and that’s when Leslie noticed something.

Watch Harriet’s reaction to her new bed in the video below.

Harriet just dozed off while standing on the bed and it is believed that this is because she got used to sleeping standing up in a cramped cage. 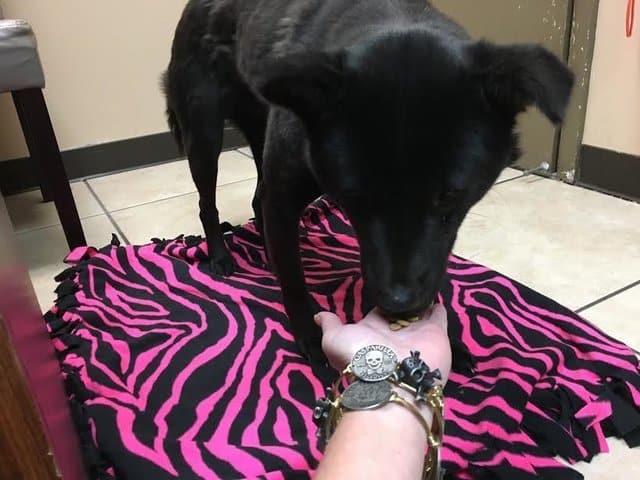 She got comfortable with this new soft material. 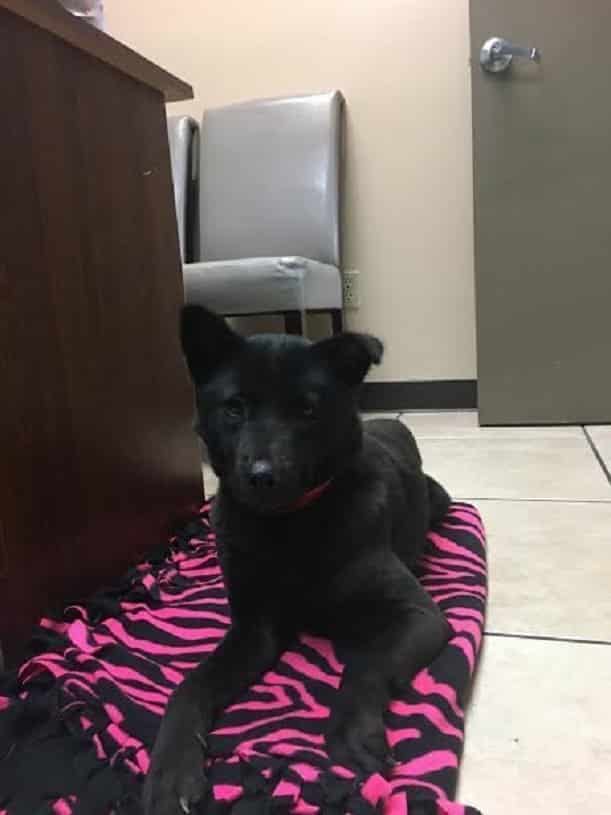 She managed to catch some sleep for a few hours. 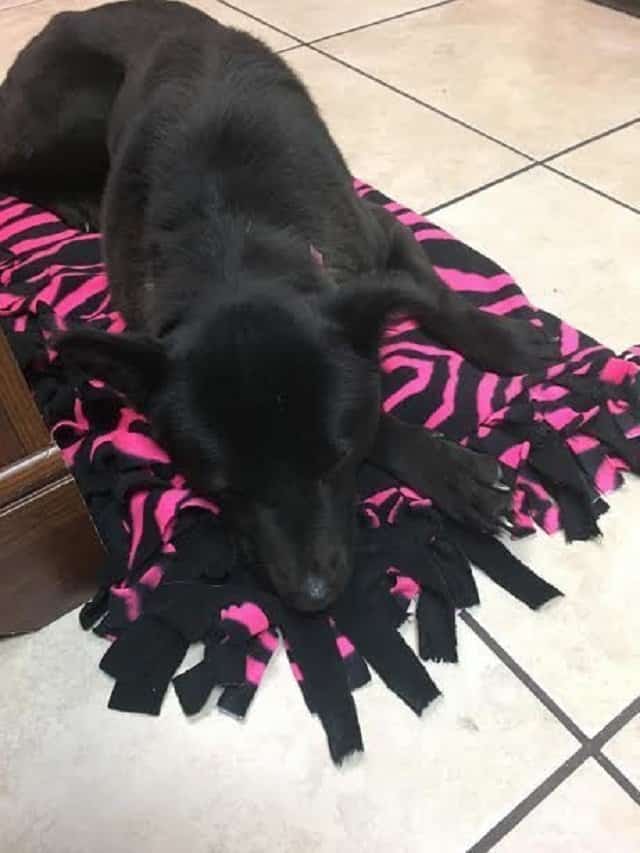 It was such a happy moment for Harriet’s rescuers. 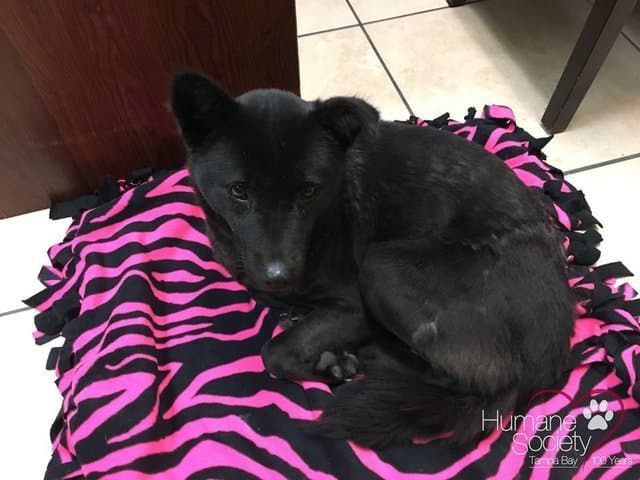 Harriet still needs time to get back to being a dog. 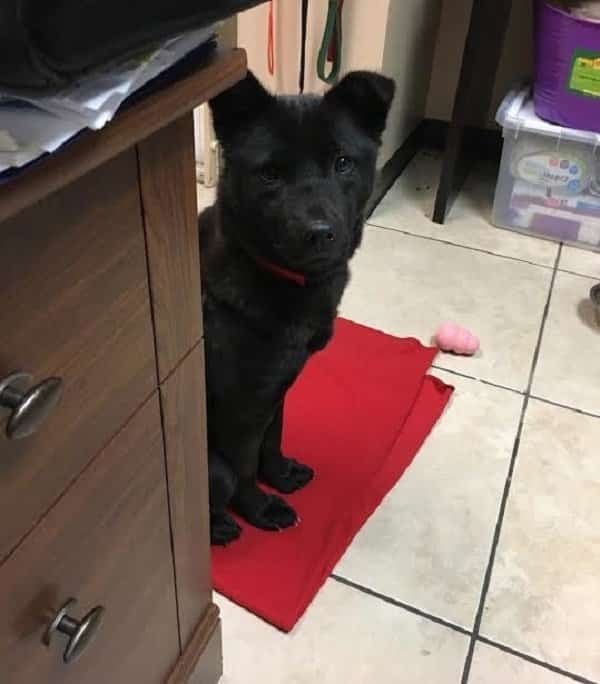 There’s still a lot of work to be done before Harriet becomes ready for adoption, but McCutchen said that this dog has shown progress since she first came to the shelter.