They say a dog is a man’s best friend and a video showing an unusual friendship between a mailman and a guard dog proves that this old adage is indeed true. The touching video was shared on Facebook by Michael Collins, the dog’s owner after he noticed the mail carrier and his 9-month-old German Shepherd Dog.

Collins secretly films the sweet friendship between an anonymous mail carrier and his dog. The video, which quickly went viral, showed how the mail carrier intentionally got off his bike just to pet Collins’ dog.

Here is the dog before the mailman’s arrival. 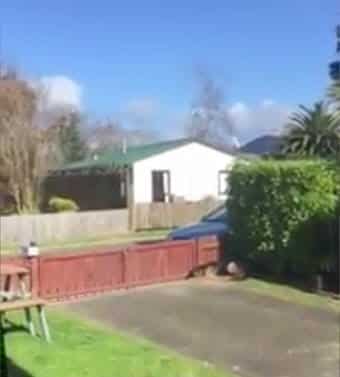 “Just want to share something cool! Everyday whether or not we have mail this mailman always stops to see my dog who is only 9 months old,” Collins said.

The dog instantly rises up the moment he sees the mailman. 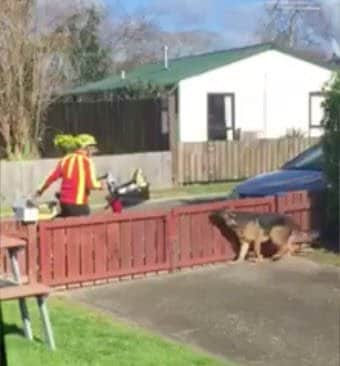 Collins goes on to explain that the anonymous mailman usually stops in front of their fence to pet their dog, even though they don’t have any mail to receive. This small act moved him as the mailman showed affection towards his dog despite its threatening size.

The mailman taps the fence, a sign that he’s asking the dog to go near him. 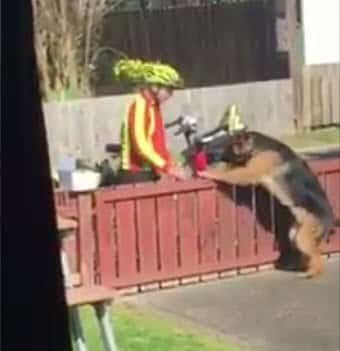 “He always gets overlooked as a dangerous or unapproachable dog, Maybe ’cause he’s big I am not sure.”

“He doesn’t bark at them or growl ( Maybe the odd couple times he barks at people but which dog doesn’t ) But this guy here always makes an effort to get off his bike to give him a hug and a pat!”

As he is deeply touched by the mailman’s kindness towards his dog, he wants to personally thank the guy and meet him.

The dog is obviously loving the mailman’s caress. 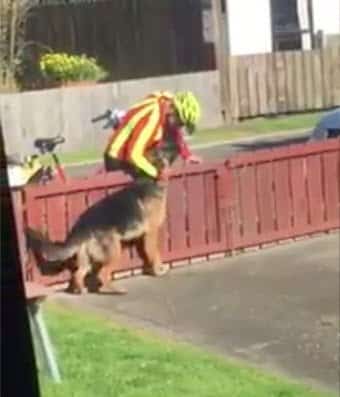 “I’m not sure who to tag on Facebook for him to see this! But thanks, man keep up the good job and you’ve definitely got a friend waiting for ya!!, Collins proudly said.”