Romantically loving someone who already has a child requires one to have a huge heart space as it entails not only being there for the partner but for the children as well. But even with or without children, couples should also involve each other’s family and loved ones as they grow in the relationship, specifically when talking about marriage.

Isn’t sweet when a man proposes, not only to the love of his life but to her loved ones as well? In this video we found, Derrick wanted to ask for his girlfriend Jessica’s hand in marriage so he set up a perfectly romantic date: a gondola ride with all the works. Here’s the majorly touching part: during the ride, he plans to propose not only to Jessica, but also to Gianna, Jessica’s daughter.

Here is Derrick, all excited and giddy as he waits for the two girls he is going to propose to. 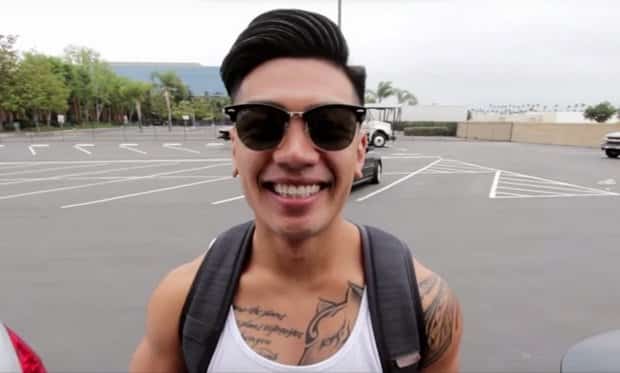 They rode the gondola, cuddled, laughed, kissed and snuggled. It looks like the couple are really in love with one another. 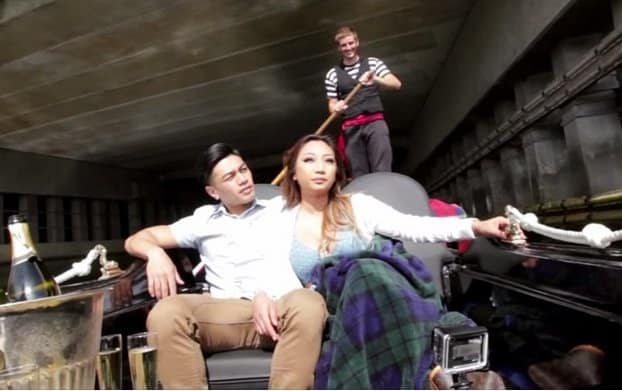 Little did Jessica know that after a few paddles more, she will see a pleasant surprise. The gondola passed by the bridge and shortly after, the couple heard people cheering and howling.

Jessica turned to see where the sound was coming from. 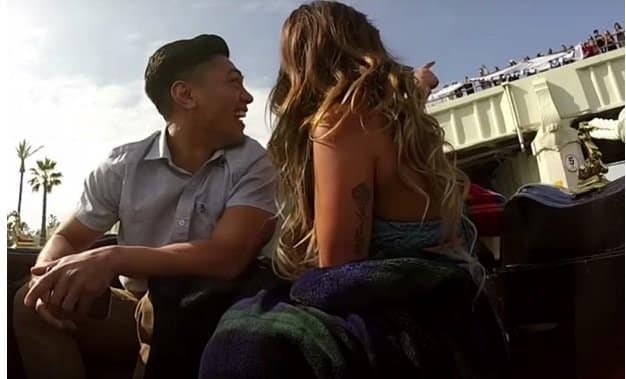 It turns out it was her family holding a huge banner that says, “Will you marry me?” 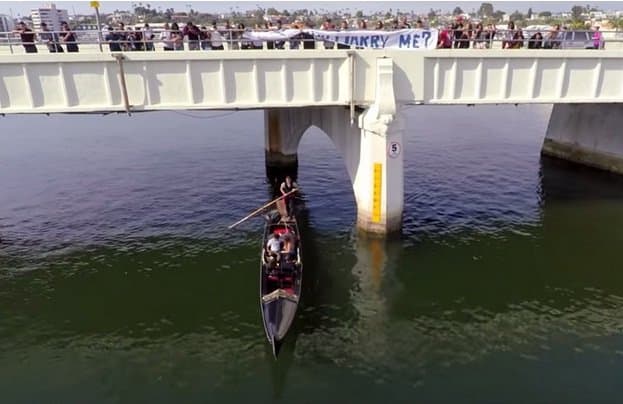 Jessica was so surprised as she cannot believe what was actually happening. Derrick then took out a black jewelry box but surprisingly, she turned to Gianna instead of Jessica.

Derrick called the little lady and presented her with a “promise” necklace. Through this, Derrick promised to take care of her and be there for her always. 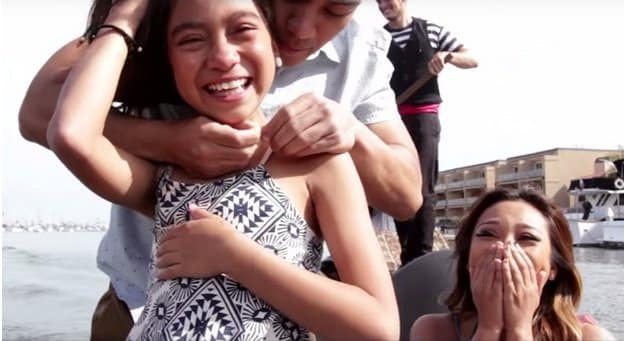 The kid was giddy and all but Jessica, we must say, was overwhelmed and touched.

Then for the main event, Derrick turned to Jessica and opened a ring box and proposed for the “second time.” 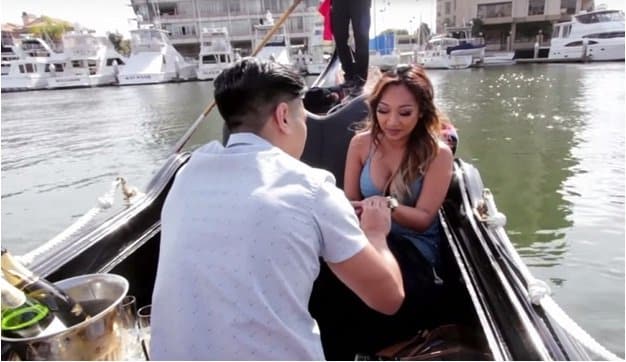 This story is so heartwarming as the sincerity and good intentions of Derrick can really be felt throughout the video. He wants to marry the love of his life and willingly embrace the fact that she already has a daughter. We think it but proper for him to also “propose” to Gianna as a sign of respect and assurance that she and her mother will always be taken cared of. What lucky girls!