When the hunter becomes the hunted, some people would cheer at how karma has worked its magic, especially in the case of a human hunter vs. the hunted animal. Just like this story of a man who clearly lowered his guard after he tried to check on the bear that he and his friends had shot. When going after a dangerous prey, it is never smart to go near it after it was shot without making sure that it’s truly dead. What this guy did was a big mistake that almost resulted to his demise – and it was all captured in a video.

The footage below is taken from a forest in America. In the video, a bearded man in standard hunting gear can be seen listening to another person in the background for tips on how to go for the kill. A black bear was spotted up in a tree and a pack of dogs can also be heard barking in the background.

While the main shooter and the cameraman are preparing for the shot, another man was seen on the video and he was apparently waiting at the base of the tree. His role is to get the bear once it has fallen off to its death.

The hunter first fired a couple of shots at the bear which resulted to the animal scrambling for its dear life. A third shot was fired and that’s when the innocent animal fell down from the tree and down to the ground. But did the bear really die? Not quite.

One moment the hunter was taking his shot, the next he slides down the slope to rescue his friend. 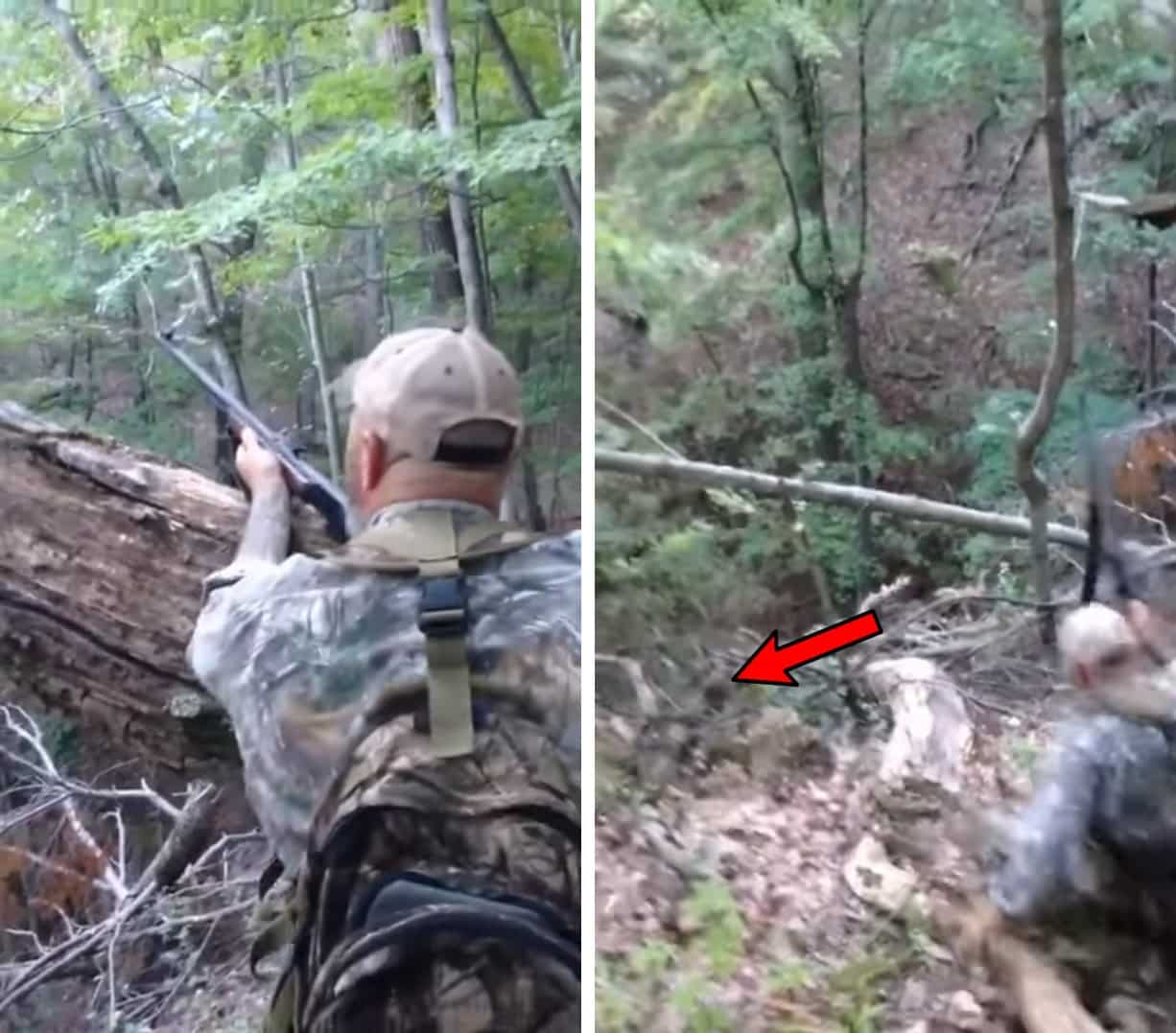 The clueless man at the base of the tree excitedly ran towards the “dead” animal to collect it. But apparently, that was a huge mistake. Things happened to quickly and the next thing he knew, the black bear was already chasing and attacking him. The man can be clearly heard screaming in fear.

The hunter who fired the shot quickly headed down the slope to rescue the other man and the video was then cut.

Luckily for the man who got attacked by the bear, he survived the ordeal and sustained only “minor injuries”, the person who uploaded the footage on YouTube wrote. The uploader also reminded aspiring hunters not to immediately get close to a bear after it gets shot. There’s that “death moan” they call which hunters should wait for as it will tell them that the animal is surely dead.

As for the bear, it remains unclear if it survived the shot and its fall. But at least it got its revenge somehow.