A food stall in Bangkok is making serious dough with their unique take on waffles. Pho Hai Ma’s (meaning “I Got It From My Dad”) penis-shaped waffles are all the rage in the city, and many satisfied customers have been sharing their rather risqué photos while enjoying the novelty food product.

The phallic food item is cheekily stuffed with cheese-filled sausage, and it is served with a variety of sauces, including ketchup, mayonnaise, strawberry, blueberry, and chocolate.

The dick-shaped waffles sell around $1.20 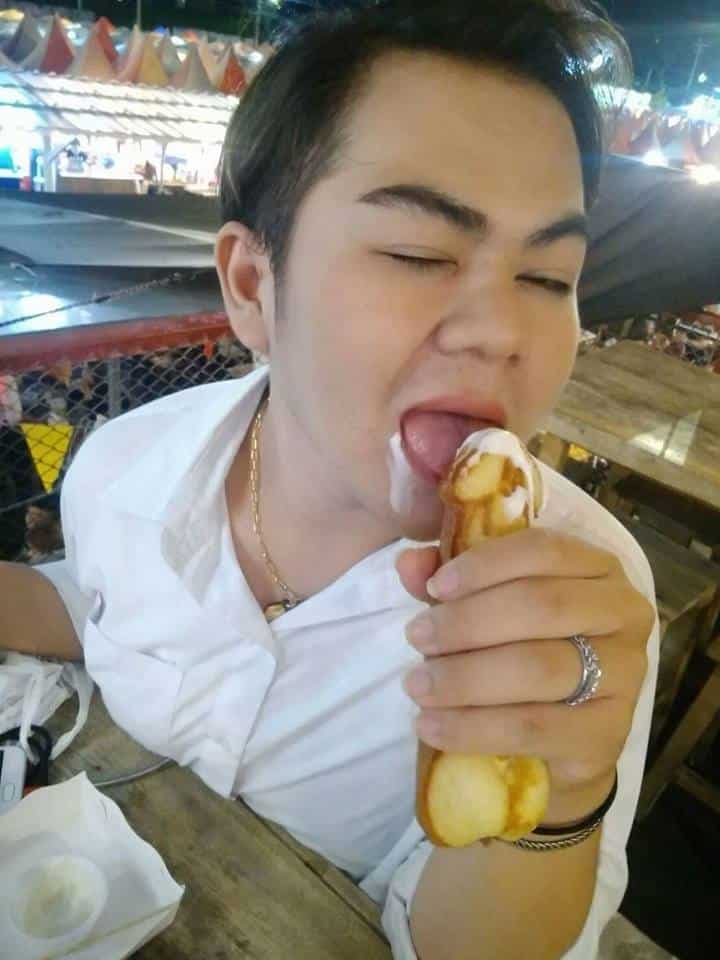 “From my time in the food industry, I never thought I would encounter food shaped like genitalia. Would you buy this for your parents? Would you put this in a monk’s alms bowl? If a girl aged 7 or 8 was eating it on the street, is that something you’d want to see?”

The waffles are also being called “cock cakes.” 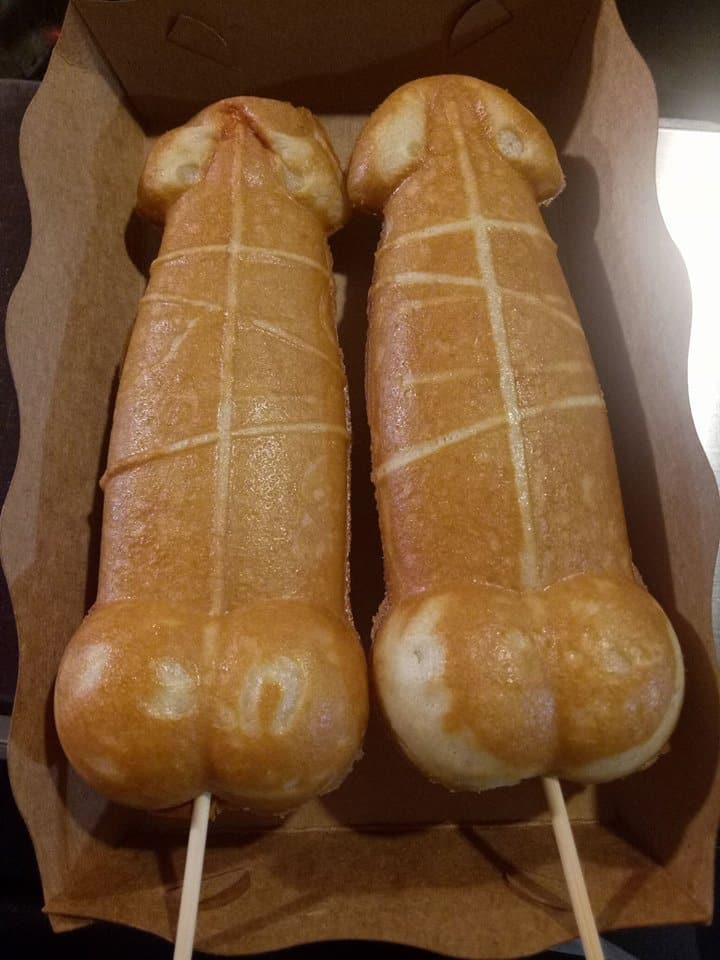 Ketnita Prasertsomboon, owner of Pho Hai Ma, is unfazed by the negative comments:

“There were a lot of customers yesterday, even though it was raining. Some people told me that I’m doing something obscene and un-Buddhist. I got a bit stressed, but I didn’t fight back. I just want people to view it as a snack.”

The unique street food has been previously seen sold in Taiwan. 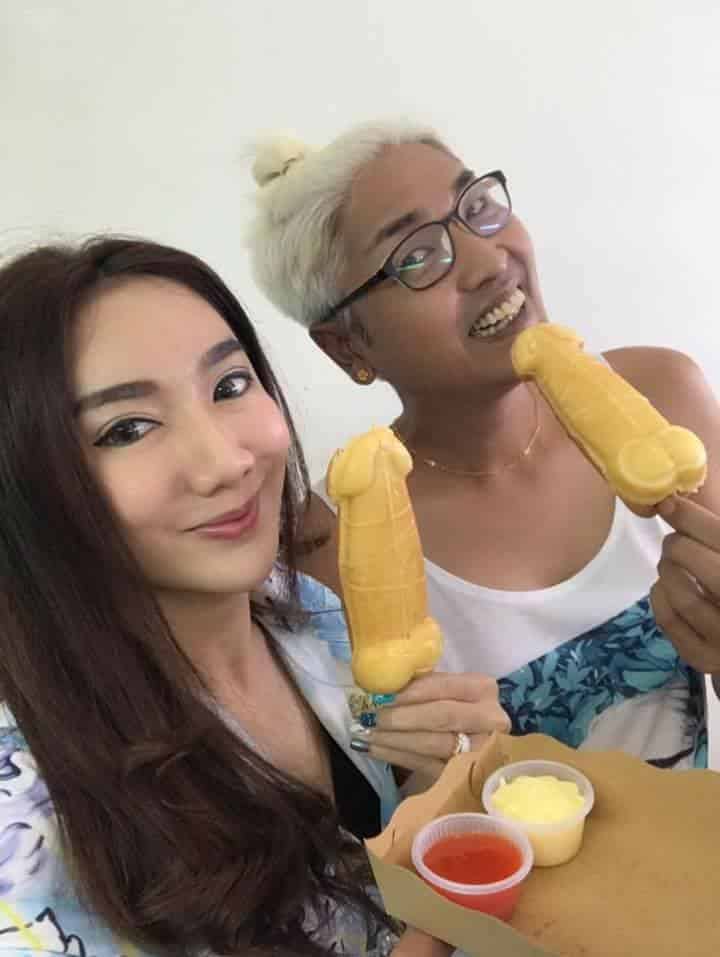 Despite negative reactions, Bangkok’s hottest street food item continues to arouse people’s tastebuds. The waffles have been going viral, and more and more curious customers are turning up at Pho Hai Ma.

What do you think of these penis-shaped treats? 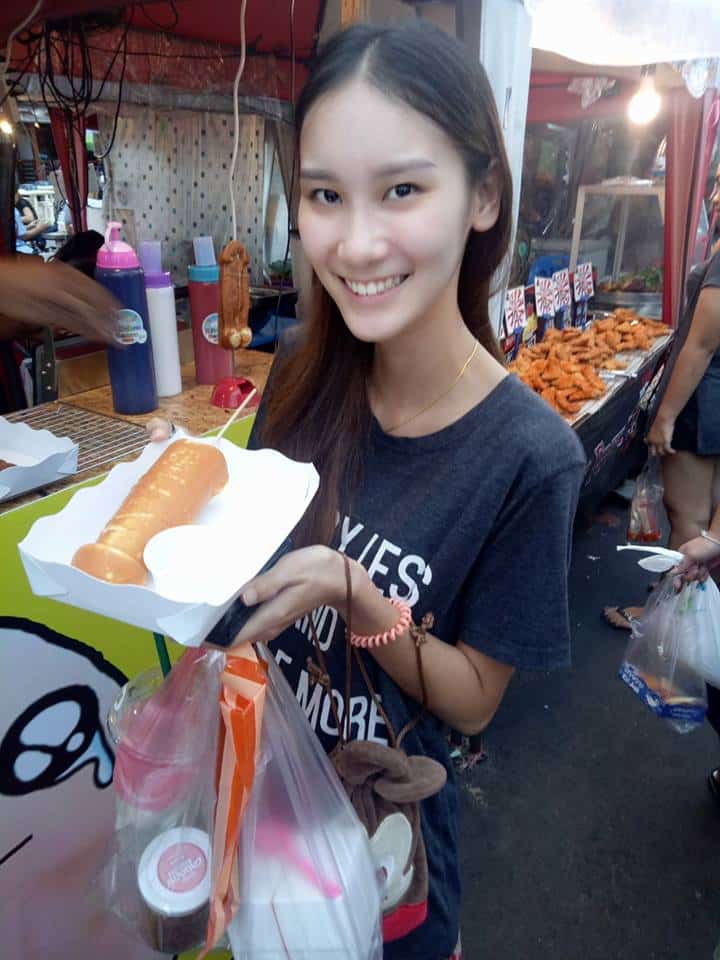 Is this something you’d like to try? Let us know in the comments below!