25-year old Abul Bajandar is suffering from a very rare skin disorder called Epidermodysplasia Verruciformis. His condition means wart-like lesions that resemble tree like branches and roots grow from his hands and feet. This disorder is inherited and Bajandar has had it for the past seven years. 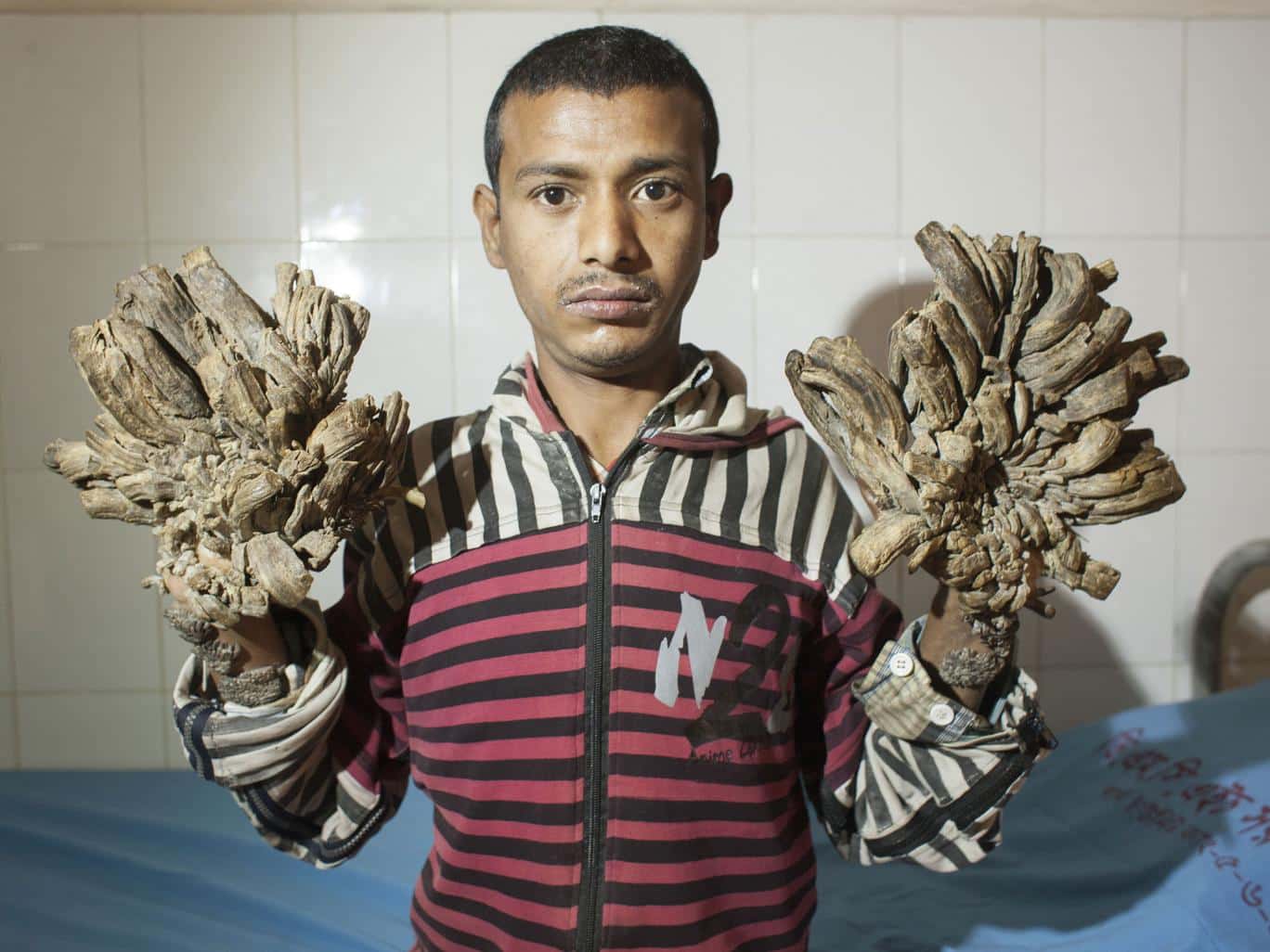 Dubbed as the ‘tree man’ because of the root like warts that have been growing from his hands and feet, is now at the Dhaka Medical College Hospital for treatment of his rare skin condition. A team of medical experts shall decide on the type of treatment for his disease. Dr. Samanta Lal Sen, the chief coordinator of the National Institute of Burn and Plastic Surgery made an announcement on this case.

This rare inherited skin disease means gnarled growth of root like branches from his hands and feet. 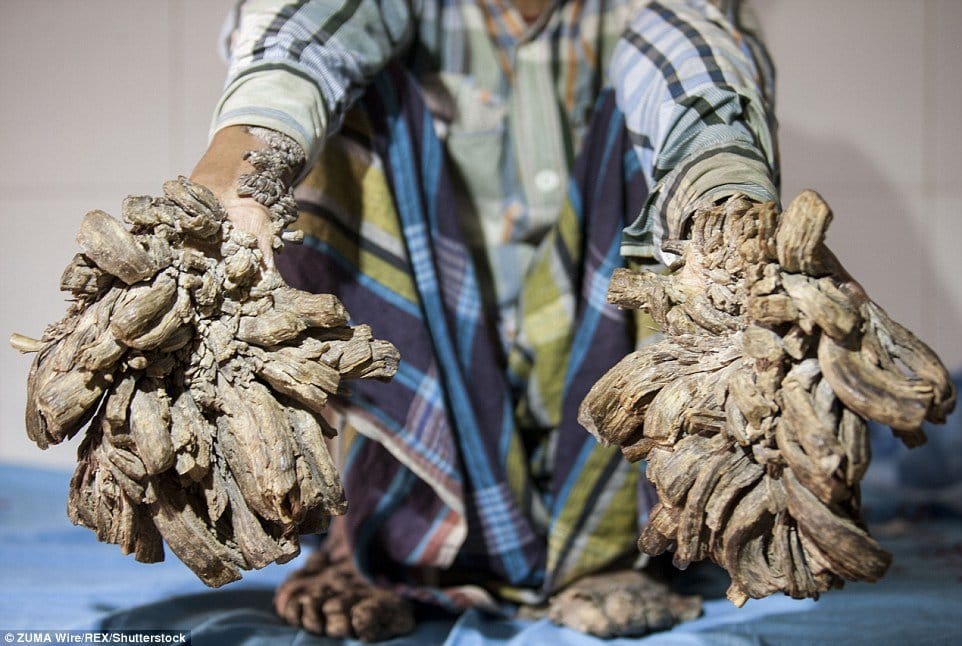 Bajandar was admitted to the Burn and Plastic Surgery unit and on-duty doctors have already studied his condition in order to start treatment immediately. He was earlier admitted to the Gazi Medical College in Khulna. 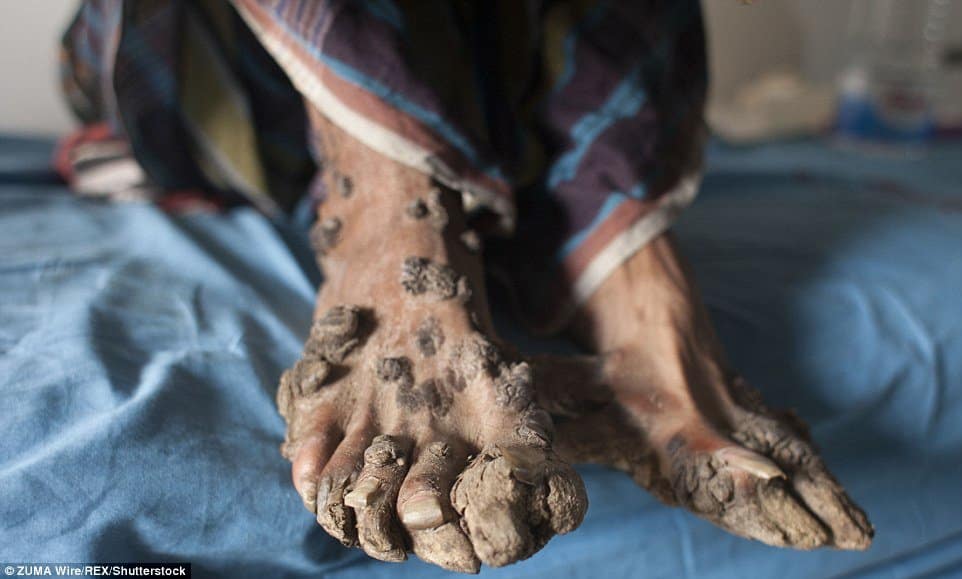 Bajandar is not the first person to have this kind of rare skin condition. the original tree-man is an Indonesian, Dede Koswara. Discovery Channel has told the story of Koswara back in 2008. He came back from the hospital after having over 6 kilos of warts removed from his body. He was shunned from work because of his condition and was forced to take part in a circus to make ends meet for his family.

Bajandar is being checked by a medical expert. 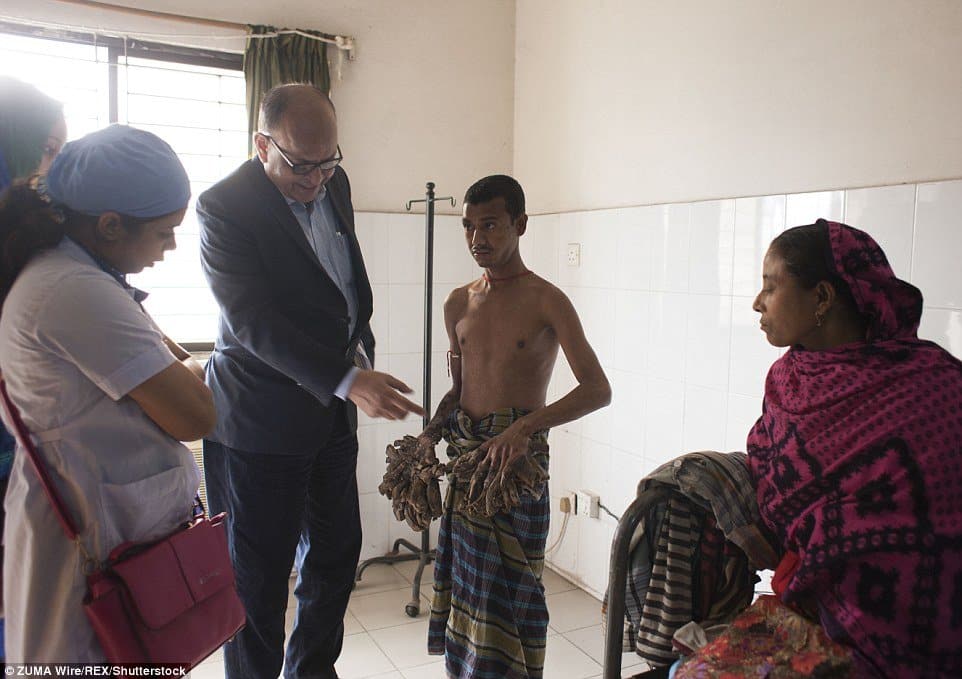 The doctors of Dhaka Medical College Hospital will send updates on the condition and treatment of Bajandar. He will continue to be admitted in the hospital until the team of medical experts are able to find a solution to help his rare condition.