Abul Bajandar was called a ‘tree man’ because of a rare disease called epidermodysplasia verruciformis. This ailment causes branch-like warts to form on the skin. The 27-year-old Bangladeshi is one of only four people in the world to have this extremely rare condition.

Abul Bandajar grew branch-like warts on his hands and feet that he thought were harmless at first. 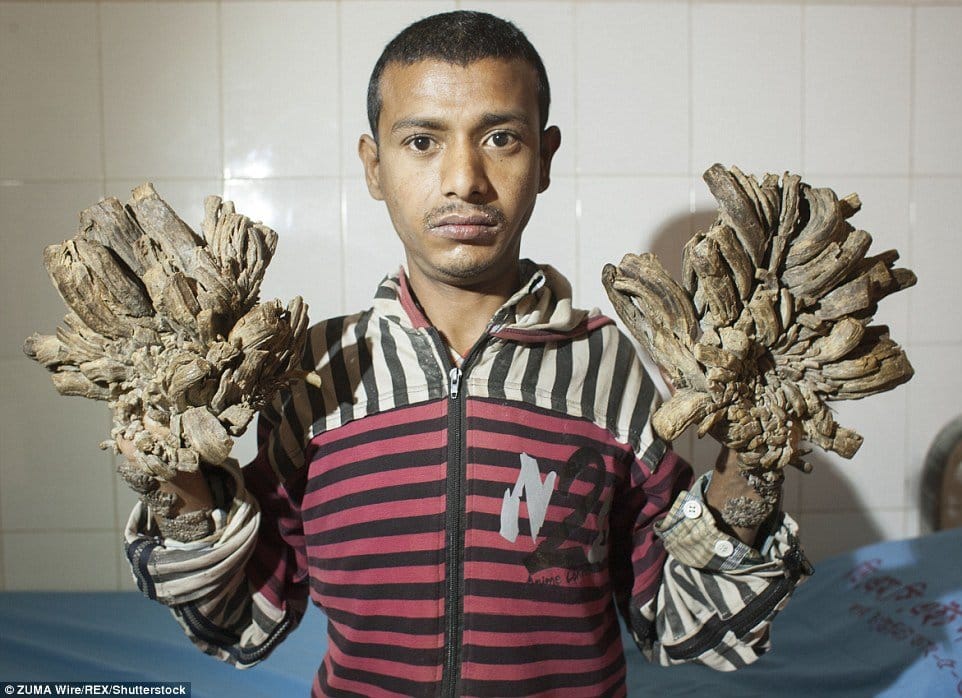 He was dubbed the ‘tree man’ due to the bark-like warts on his body. 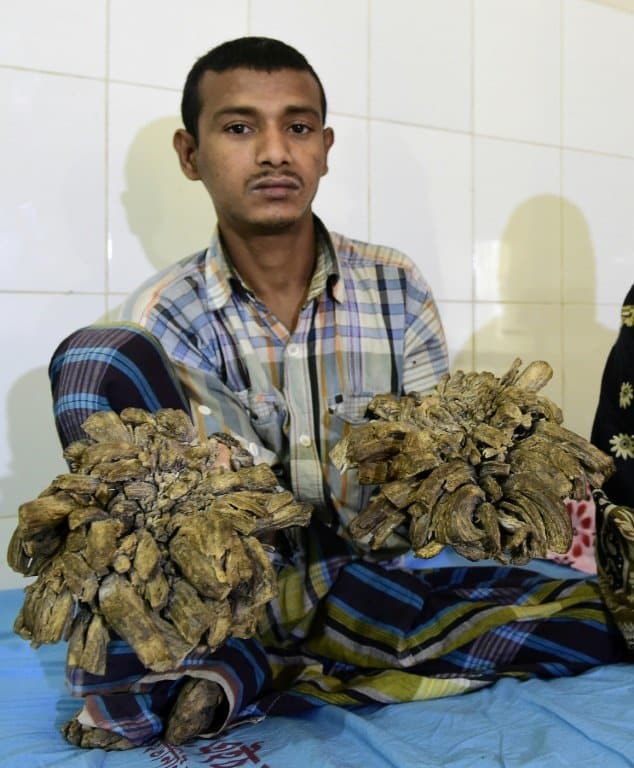 Because of the warts that formed on Bajandar’s hands and feet, the former Bangladeshi rickshaw driver has been unable to hold his three-year-old daughter in his arms. He has been in the care of the Dhaka Medical College Hospital since last year when they found out about his rare condition. Bajandar has been operated on 16 times to remove around 11 pounds of warts that formed on his hands and feet.

Bandajar was forced to leave his work as a Rickshaw driver because of his extremely rare disease. 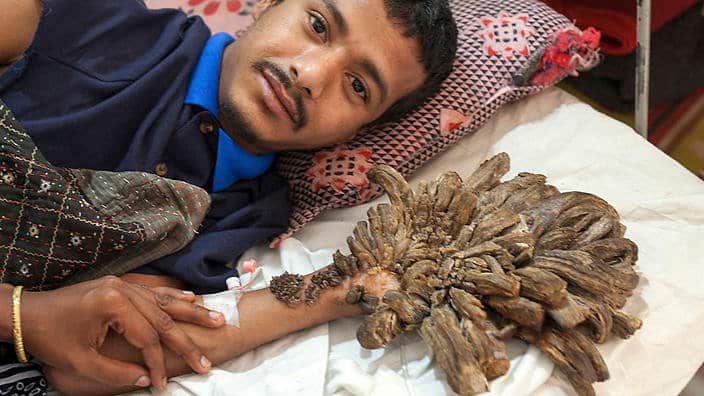 He has been operated on 16 times to remove around 11 pounds of warts that formed on his hands and feet. 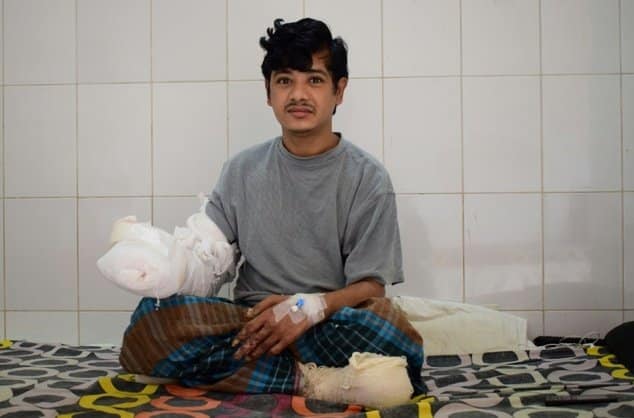 According to Samanta Sal Len, plastic surgery coordinator of the hospital, “Bajandar’s cure was a remarkable milestone in the history of medical science. We operated on him at least 16 times to remove the warts. The hands and feet are now almost fine.” Sen also believes that Bajandar will be the first person with the said condition to be cured of the disease.

He has been in the Dhaka Medical College Hospital for nearly a year for treatment. 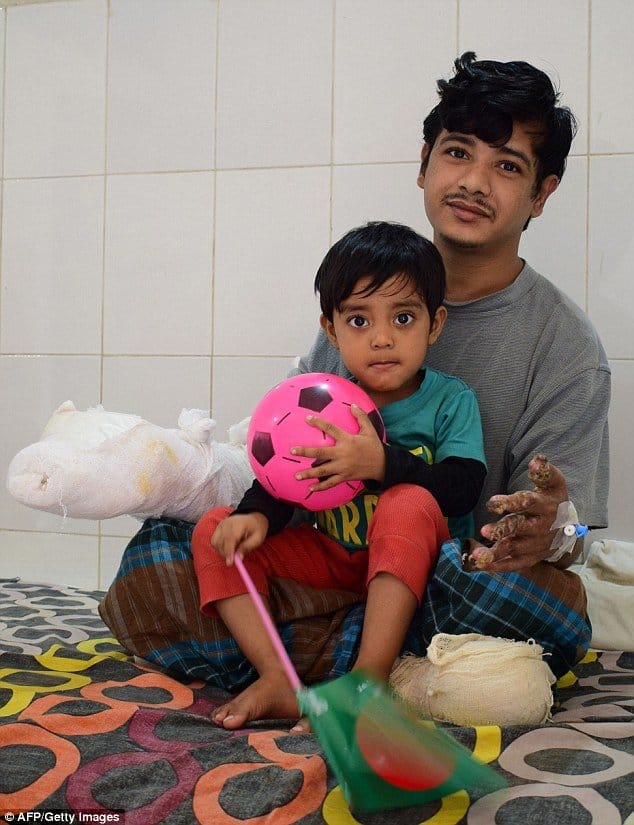 “Now I feel so much better, I can hold my daughter in my lap and play with her. I can’t wait to go back home.”

Bajandar comes from a poor village in the Khulna district and met his wife before he contracted the ailment.

Bajandar’s family has been with him since he was admitted at the Dhaka Medical College Hospital. 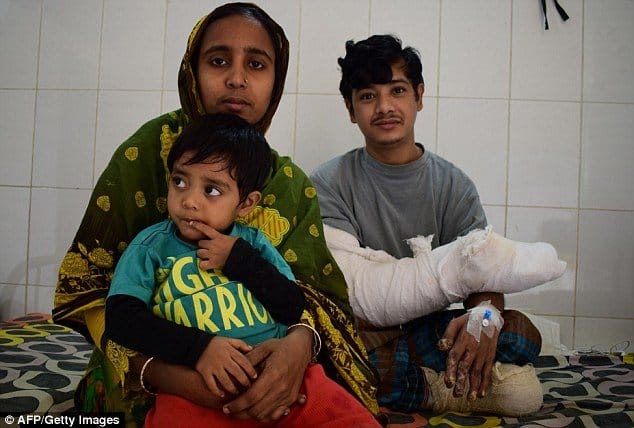 After a few more minor operations to his hands, the hospital is set to let the patient go home. Since his sickness eventually forced him to stop working, he plans to use the donations given to him to put up a small business the moment he gets back home.