Not everyone is fortunate enough to live a good life. Sometimes, when there are no other choices, people will do anything just to put food on the table even if their jobs are very risky. This happens every day to people around the world including the Bangladeshis.

The sewage cleaners in Bangladesh don’t mind dipping into the dirty tunnels around the city just to make the people’s lives easier. Without them, the city will be flooded because of its poor drainage system. However, the sewer cleaners appear to have been paid extremely low with only up to $8 USD a day for doing such hazardous job.

Sewage cleaners do their jobs without any safety gears or equipment 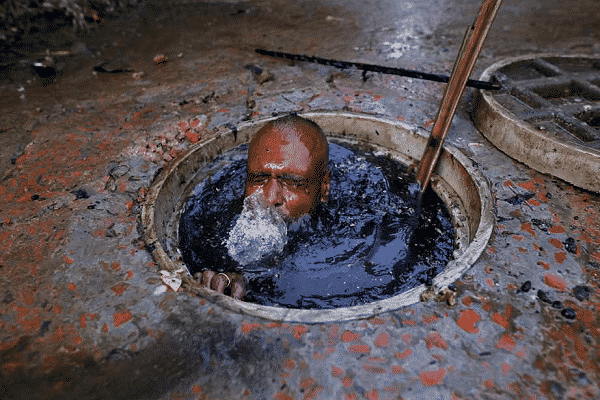 The cleaners spend most of their time in the underground scraping the tunnels so that the waste won’t block the drainage system. Unfortunately, they were never provided with any protective gears to use when they plunge themselves into the filthy tunnels. Apparently, they do it without wearing shirts and use their bare hands in cleaning out the blockages.

The sewer cleaners hold their breaths as soon as they dive into the depths of the tunnels throughout the city with no other equipment to help them clean out waste. They only use a stick to clear out the blockages. With no safety gears or types of equipment used, the workers are obviously in danger when doing their jobs.

They help each other in clearing out the blockages with a stick. 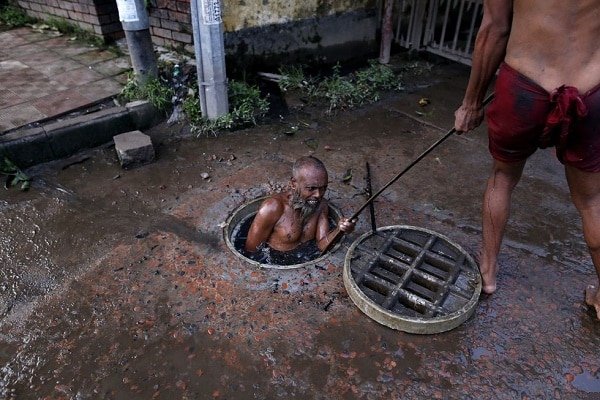 According to a report, roughly 100 sewage cleaners die in Bangladesh every year due to drowning and health problems.

When asked about his job experience, sewage cleaner Binod Lahot said that he can still smell the waste in his body after spending the day. He even eats smelling the foul smell on his hands. Unfortunately, there is no other option for him and he knows that tomorrow when he wakes up, his risky job is waiting for him.

It is with great sadness to see people living hand to mouth just to get through the day. However, for Binod Lahot, it is the only job he has.