On June 9, Ben Eckersley visited his grandmother May Ashworth at her home in England’s Greater Manchester area. He happened to see her laptop, which had the Google tab open. He chuckled when he saw what he had searched for. She had typed these exact words on the Google search box: “Please translate these roman numerals mcmxcviii thank you.”

For his part, Eckersley found his grandmother’s polite Google search adorable. So, he took a photo of the laptop’s screen and then shared it on Twitter, where he uses the handle @Push10Ben. He thought nothing of it and was even shocked when it went viral.

The most polite Google search ever. 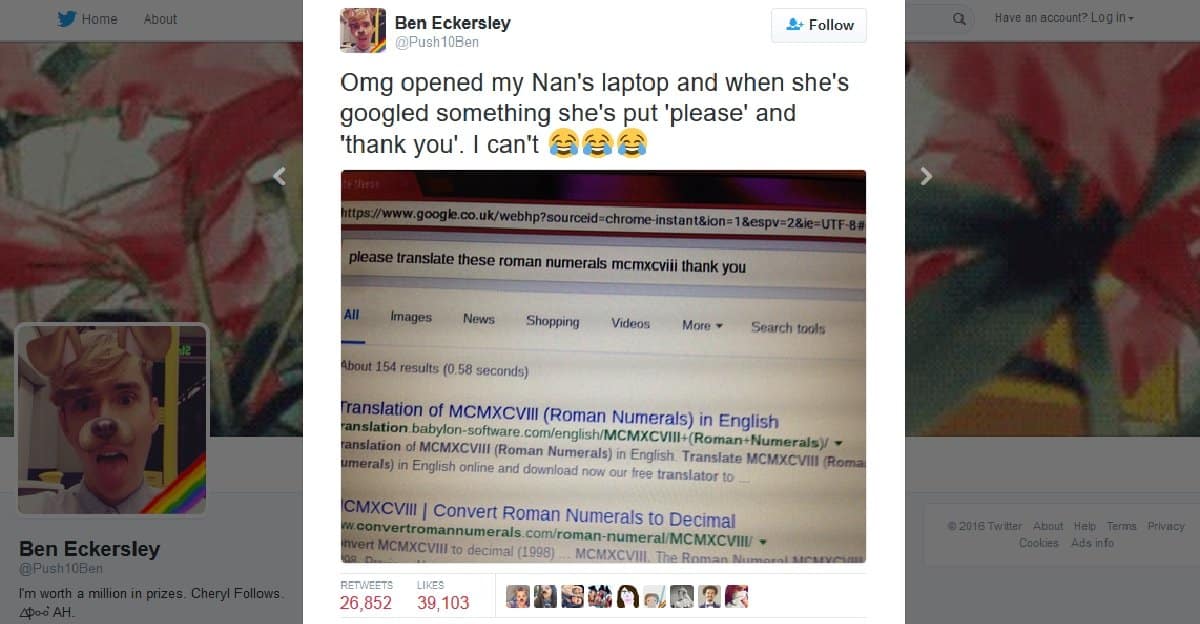 Eckersley started getting contacted by various media outfits about his grandmother’s Google search. At this point, he tweeted: “Woke up and the tweet seems to blown up even more. WHAT IS HAPPENING?!?!” 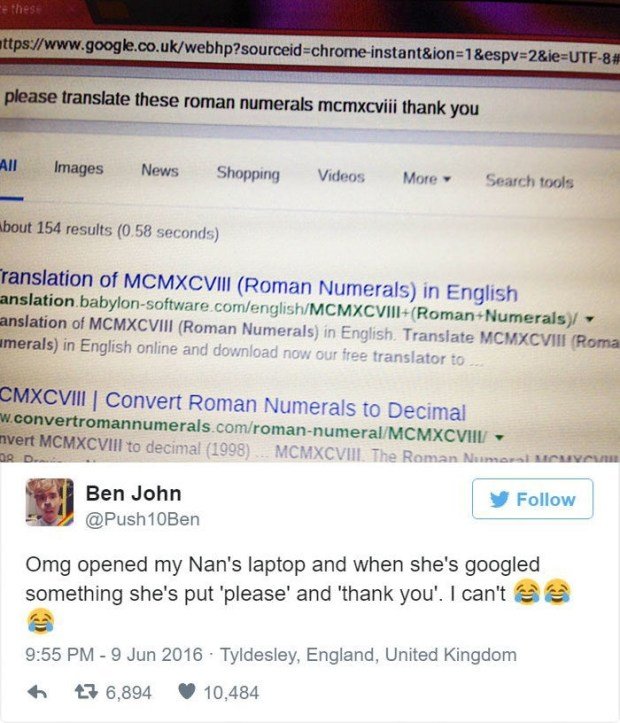 In a CBC News interview, Ashworth, who was born in 1930, explained that she had wanted to find out when a particular book of nursery rhymes was published. Naturally, she wanted to make sure that the Roman numerals were translated properly.

Ben and his grandma, whom he calls, "Nan." 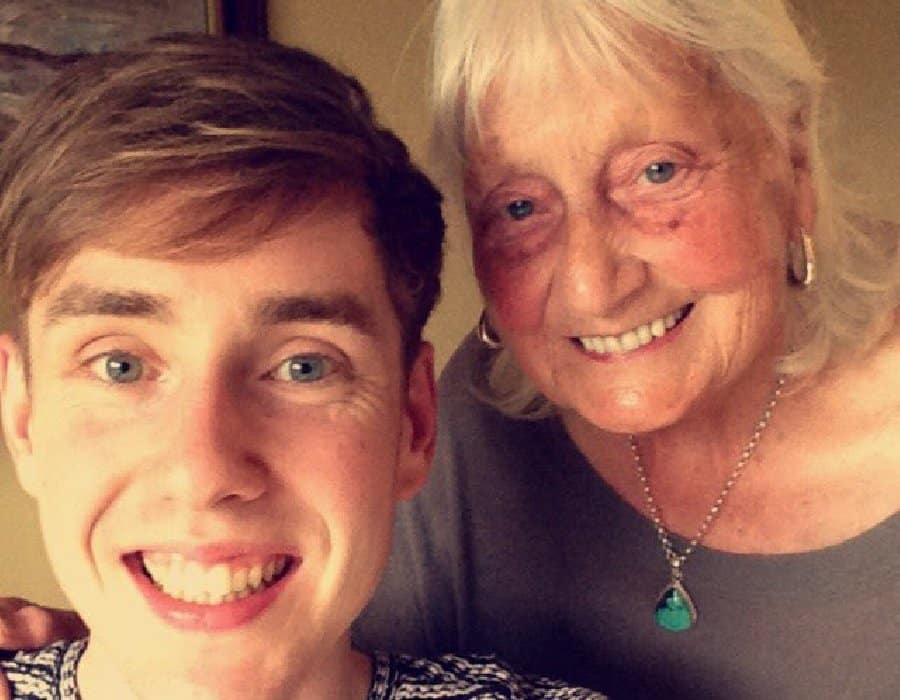 “I feel a bit stupid really because I did it that way. I thought, well somebody’s put it in, so you’re thanking them,” she stated. Ashworth then proceeded to add that she really doesn’t know how things work online. She quipped, “I don’t know how it works to be honest. It’s all a mystery to me.”

The icing on the cake on Ashworth’s experience is the fact that the folks at Google UK acknowledged her polite search. The company tweeted their response to the photo that Eckersley had shared. Addressing Ashworth, they said, “In a world of billions of searches, yours made us smile.” 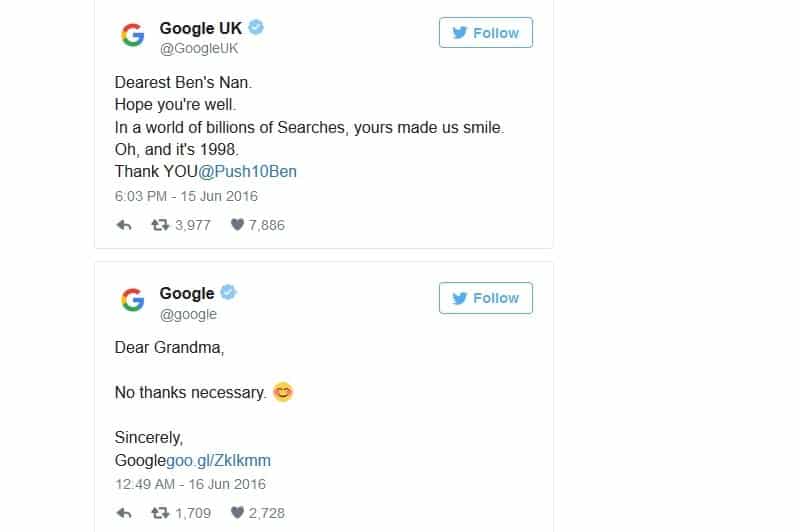 Ashworth is still overwhelmed by the attention she’s getting. She remarked, “I can’t tell you how funny it is. It makes me speechless, honestly.”

Well, it’s easy to see why Ashworth is now an Internet sensation. Technology may change constantly, but good manners are timeless.

By the way, as of June 16, Eckersley’s tweet about his grandmother’s polite Google search has been retweeted over 26,000 times.