The internet is filled with unexpected and crazy things. For instance, People for the Ethical Treatment of Animals (PETA) had targeted the late Steve Irwin, criticizing the conservationist’s legacy. Needless to say, people weren’t having it and immediately destroyed the organization on social media.

Irwin was recently honored on what would have been his 57th birthday. Google gave the famous animal conservationist one of its honorary doodles that also showed off Irwin’s legacy. However, PETA wasn’t impressed with the tribute. Instead, the organization decided to criticize Irwin’s actions, claiming that he harassed exotic animals and forced them to perform on TV shows.

Google proudly unveiled the Steve Irwin doodle honoring the man on his birthday. 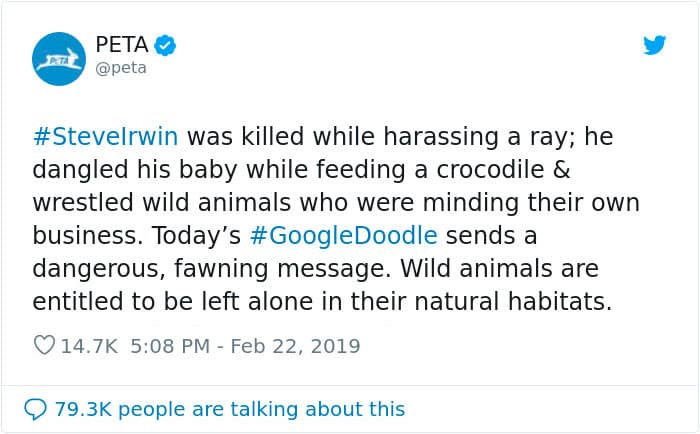 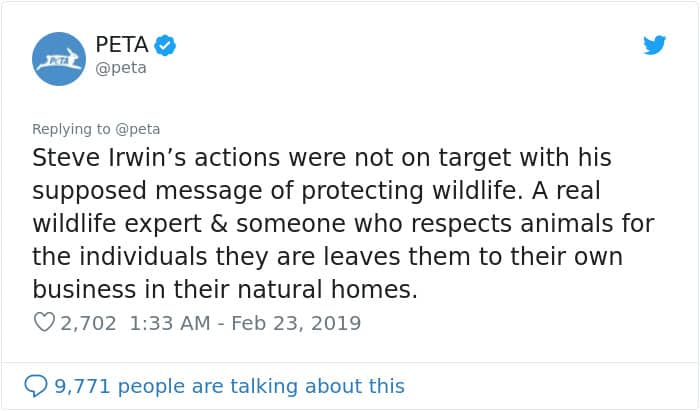 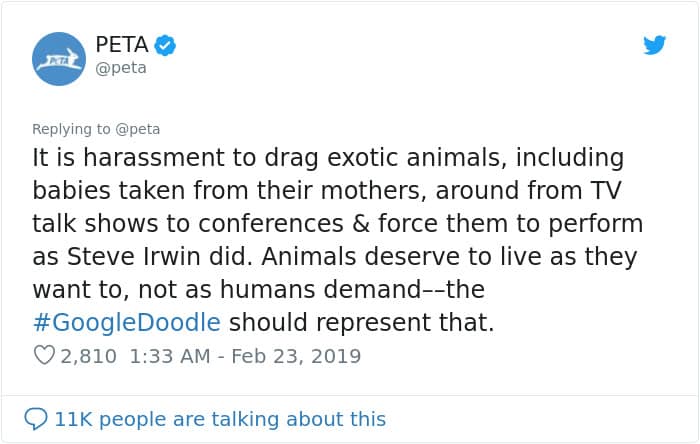 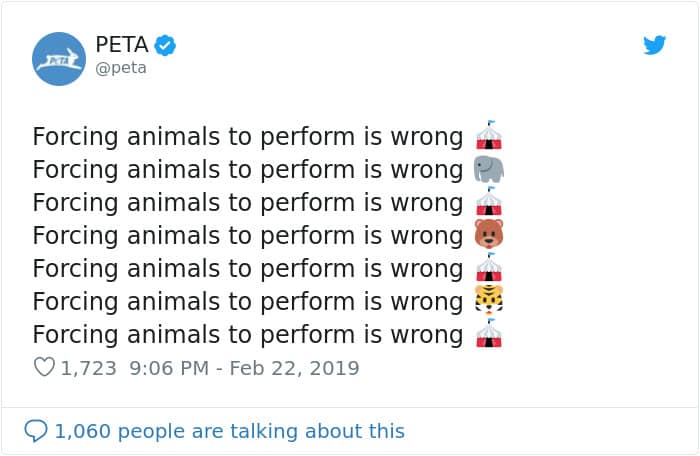 The attack on Irwin was certainly surprising and it shocked people across the globe. However, some netizens refused to let PETA trample all over the Australian icon’s good name. Here are some of the savage ways that the internet destroyed the organization for mocking Irwin.

Steve Irwin didn’t have a kill rate over 80% (you do). He didn’t donate $70k to a convicted arsonist (you did). And he wasn’t in bed with eco terrorist networks (again, you). His passion was animal conservation, yours is profit. So take your self-righteous bs and shove it.

There have been few people who have done more for wildlife conservation and education than the Irwin family. You owe them an apology.

Where is your habitat for saving animals? You have a wildlife preserve anywhere? Do you have 1,000's of acres preserving animals from extinction?

Drake Bell, former star of the Nickelodeon show Drake and Josh, lashed out at PETA for the criticism. Bell pointed out that the organization was attacking a man who is known for his compassion for animals.

So your response here is this Human deserved what he got and is better off dead?! You are a disgusting organizationand and should be absolutely ashamed!! He was a FATHER and a HUSBAND and did WAY more for wild life conservation than the IDIOT INTERN hired to write this tweet!

Steve Irwin was known for his show Crocodile Hunter, which turned him into a household name. Irwin loved crocodiles so much that he named his daughter after his favorite crocodile Bindi.

Irwin passed away on September 4, 2006 after a stingray accidentally stung him in the heart while filming the documentary film Ocean’s Deadliest. He is survived by his wife Terri, daughter Bindi, and son Robert. Not surprisingly, his family keeps Irwin’s legacy alive by continuing to care for all types of animals.

People can continue supporting Irwin’s conservation efforts through Australia Zoo, the park that he and his family maintains.

Thanks for the reminder to support Steve's REAL legacy of animal protection, conservation and awareness. Unlike PETA, a man of action, not just chest-thumping rhetoric. pic.twitter.com/ta6NQoP0RI

Steve Irwin and his family reclaim land for animals and run a massive wildlife rescue. His life mission was to save animals and educate people about them. I’m one of many vegetarians who rip out their hair when @peta weighs in. Shame on you. https://t.co/m4fdNymjao

They are not worth the energy. Keep preserving, fighting the good fight for animals and living the legacy Steve was living.

We got your back.'

What do you think of the internet coming together to defend Steve Irwin against PETA’s criticism? Let us know in the comments below.