I’m trying really hard to remember what I was doing when I was yet 5 years of age.

So far, all I can recall is me sitting in front of the TV watching my favorite cartoon shows. Or sometimes, I go outdoors and play with my neighbors. Life back then was so much simple.

It was only when I was a teen that I developed an interest in music. I bought my own acoustic guitar and learned to play the instrument in a few months. Eventually, I also dabbled with bass, drums, and flute, among others.

Why am I telling you all these? Well, apparently, there’s this 5-year-old kid who is already an admirable musician despite her young age.

Young Eduarda Henklein is merely 5-years-old but what makes her special compared with other kids her age is that she can play the drums extremely well.

In the video below, you will see her perform a cover for System of A Down’s signature track “Chop Suey” – and she does it with total ease. In fact, you’ll notice her yawning at the start of the song. Plus she even sings along the lyrics while playing.

Her talent is truly awesome and praiseworthy! With more than 9,000 subscribers on her YouTube channel and over 800,000 views on this video alone, we have a feeling this girl will continue getting famous.

Kudos to Eduarda’s parents for doing such a great job raising an amazing kid!

Armed With A Katana, This 9-Year-Old Girl Is An Absolute Badass 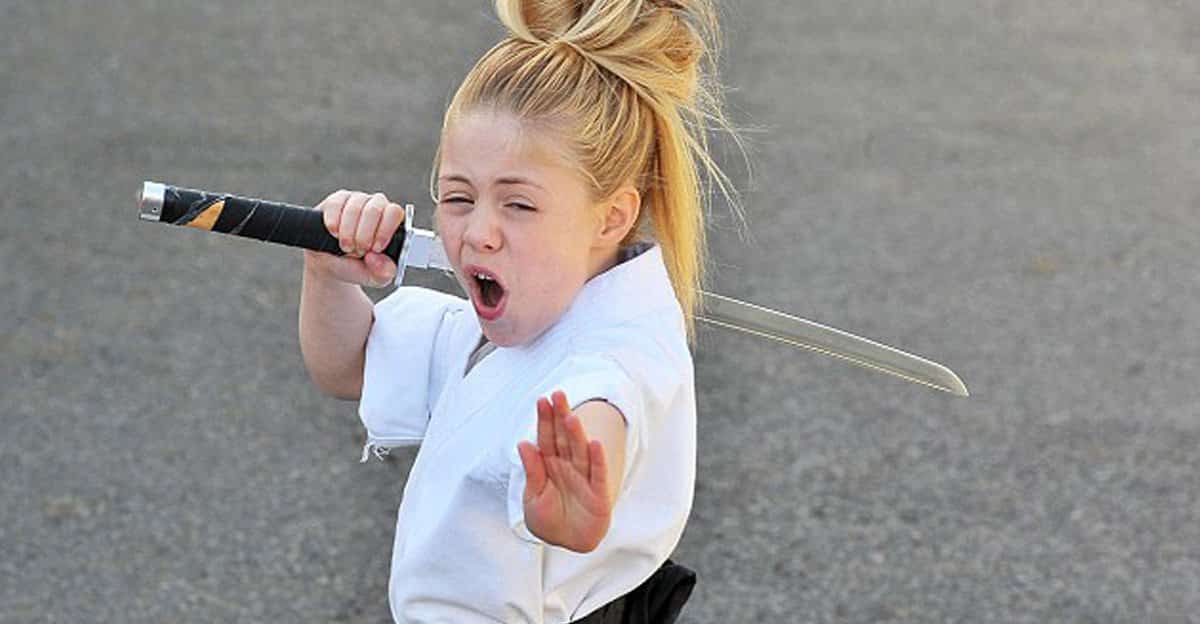