This controversial video has been making rounds on social media lately. While the clip was first uploaded on YouTube back in 2012, it has managed to capture the attention of netizens once again as this guy, who goes by the handle Acts17Apologetics, shares what he believes are the “Three Stages of Jihad.”

In the said video, he began by expounding the difference between peace-loving Muslims and extreme Jihadists. He then proceeded to take bits of scriptures from the Holy Quran, comparing contrasting teachings contained therein to illustrate his point that, yes, becoming a jihadist is not an event but a process.

YouTuber Acts17Apologetics believes that there are 3 Stages of Jihad. 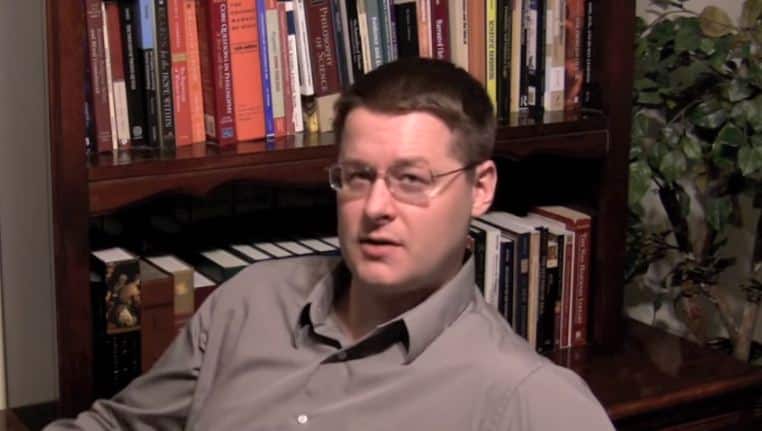 Based on his argument he says the three stages are:

The video blogger even went as far as writing a lengthy post on his site. On the said entry, he once again detailed the Three Stages of Jihad.

When Muslims are completely outnumbered and can’t possibly win a physical confrontation with unbelievers, they are to live in peace with non-Muslims and preach a message of tolerance. We see an example of this stage when Muhammad and his followers were a persecuted minority in Mecca. Since the Muslims were entirely outnumbered, the revelations Muhammad received during this stage (e.g. “You shall have your religion and I shall have my religion”) called for religious tolerance and proclaimed a future punishment (rather than a worldly punishment) for unbelievers.

When there are enough Muslims and resources to defend the Islamic community, Muslims are called to engage in defensive Jihad. Thus, when Muhammad had formed alliances with various groups outside Mecca and the Muslim community had become large enough to begin fighting, Muhammad received Qur’an 22:39-40:

Permission (to fight) is given to those upon whom war is made because they are oppressed, and most surely Allah is well able to assist them; Those who have been expelled from their homes without a just cause except that they say: our Lord is Allah. . . .

When Muslims establish a majority and achieve political power in an area, they are commanded to engage in offensive Jihad. Hence, once Mecca and Arabia were under Muhammad’s control, he received the call to fight all unbelievers. In Surah 9:29, we read:

Fight those who believe not in Allah nor the Last Day, nor hold that forbidden which hath been forbidden by Allah and His Messenger, nor acknowledge the Religion of Truth, from among the People of the Book, until they pay the Jizyah with willing submission, and feel themselves subdued.

As of this writing, the video has already been viewed 421,892 times – and it’s also getting some mixed reactions from the public.

Some expressed agreement such as YouTube user justame smith who wrote:

“Can we please have this playing over the loudspeakers of all airports train stations and public places and hey maybe the media?”

“The Bible preaches violence and division just like you are portraying the Qur’an.”

“Double standards indeed. Conservative Muslims and conservative American Christians are very much the same. Both decry they are persecuted when they are told they can’t cram their beliefs down the throats of non believers. This guy is no better than any of the Muslims he’s talking about. Two sides of the same coin.”

What do you think about this guy’s points? Do you agree with him or not? Share your thoughts with us by hitting the comment section.